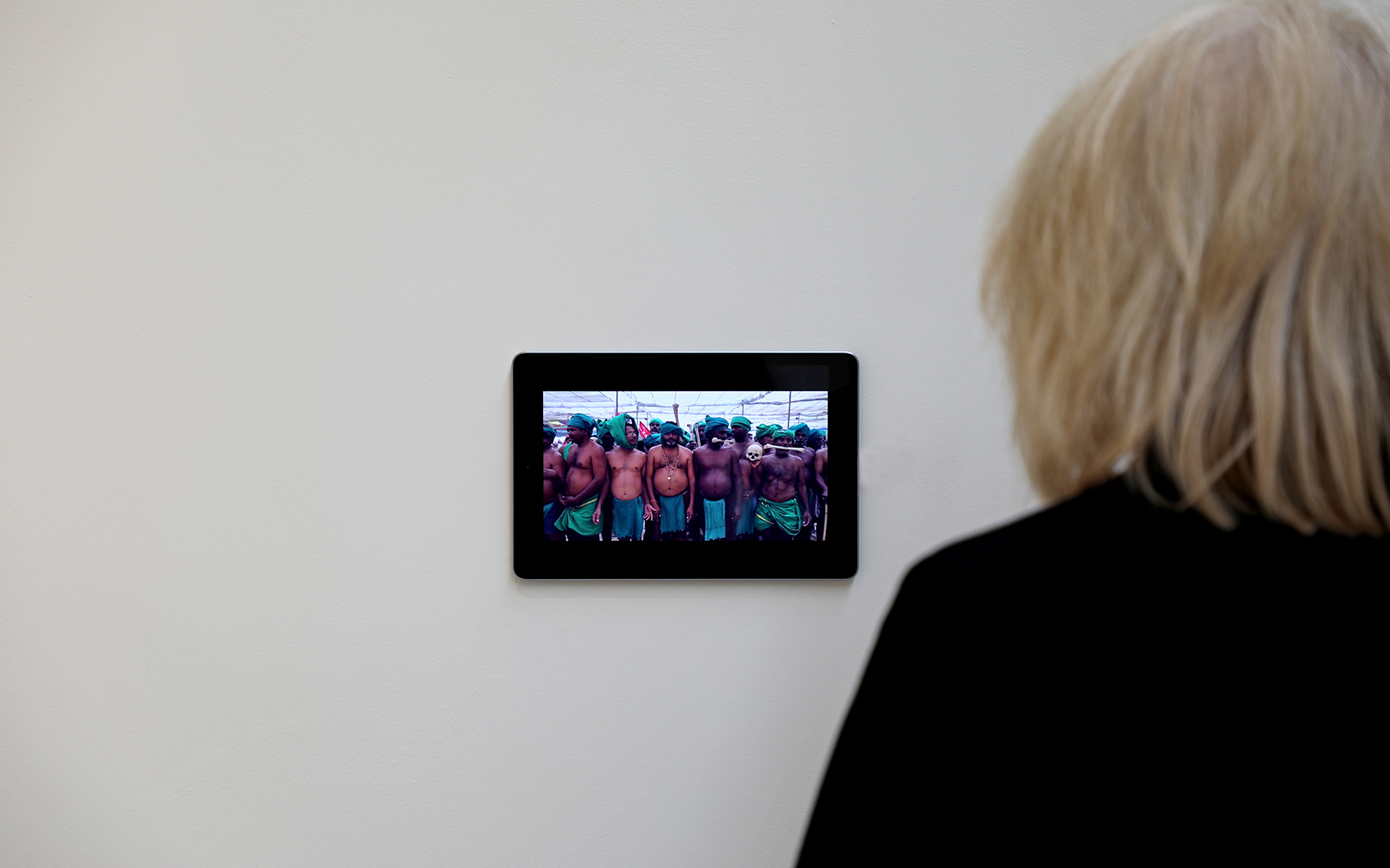 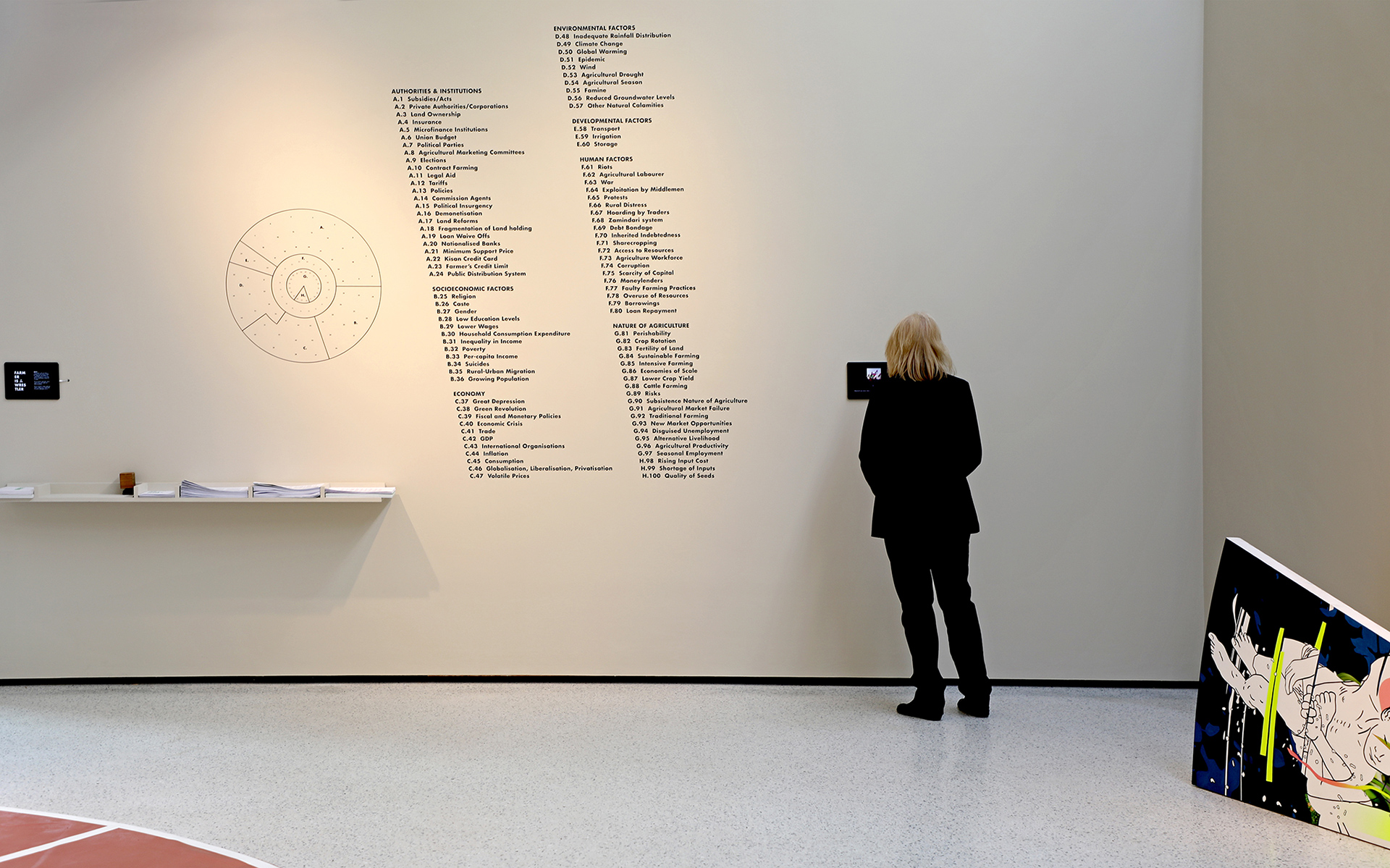 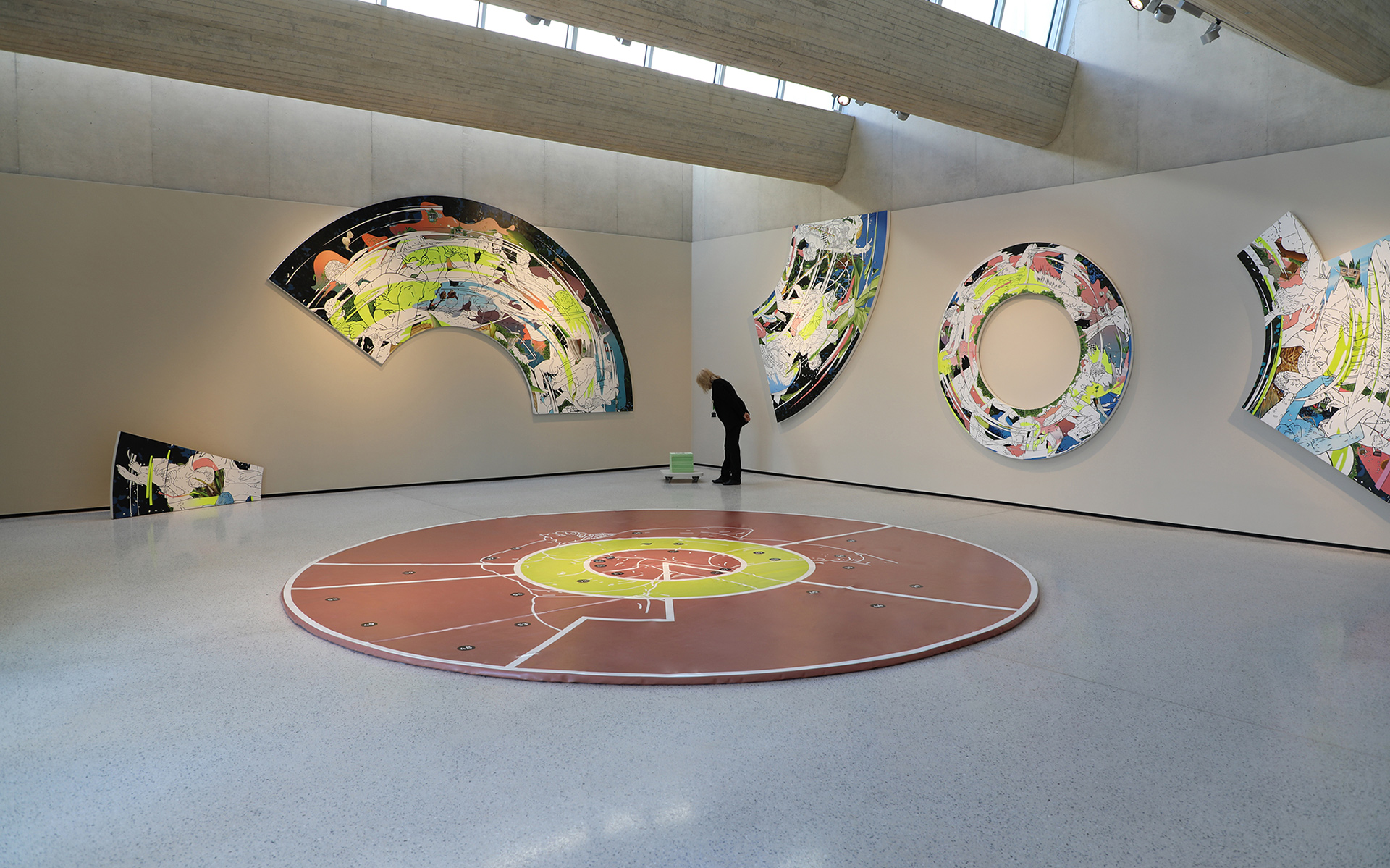 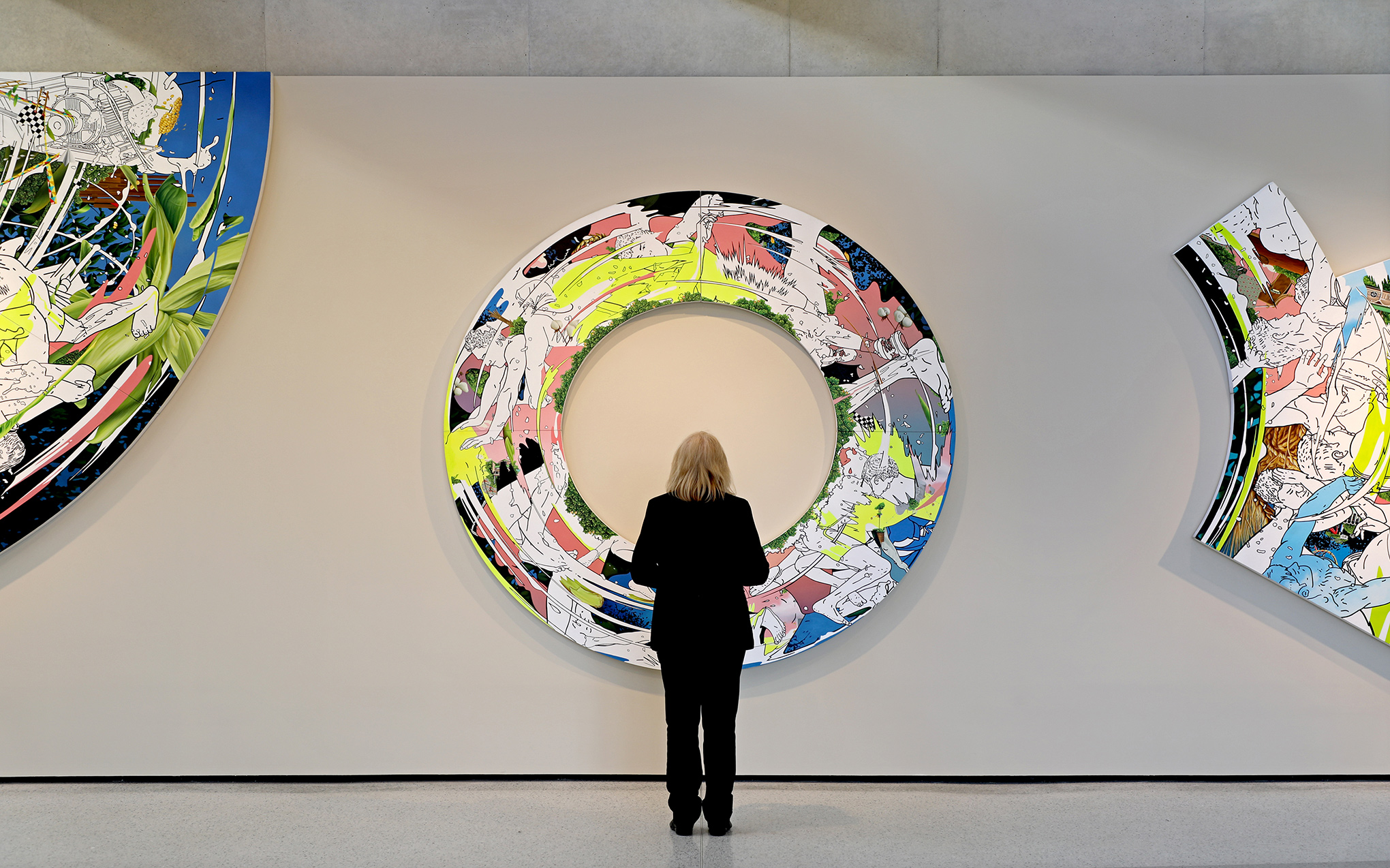 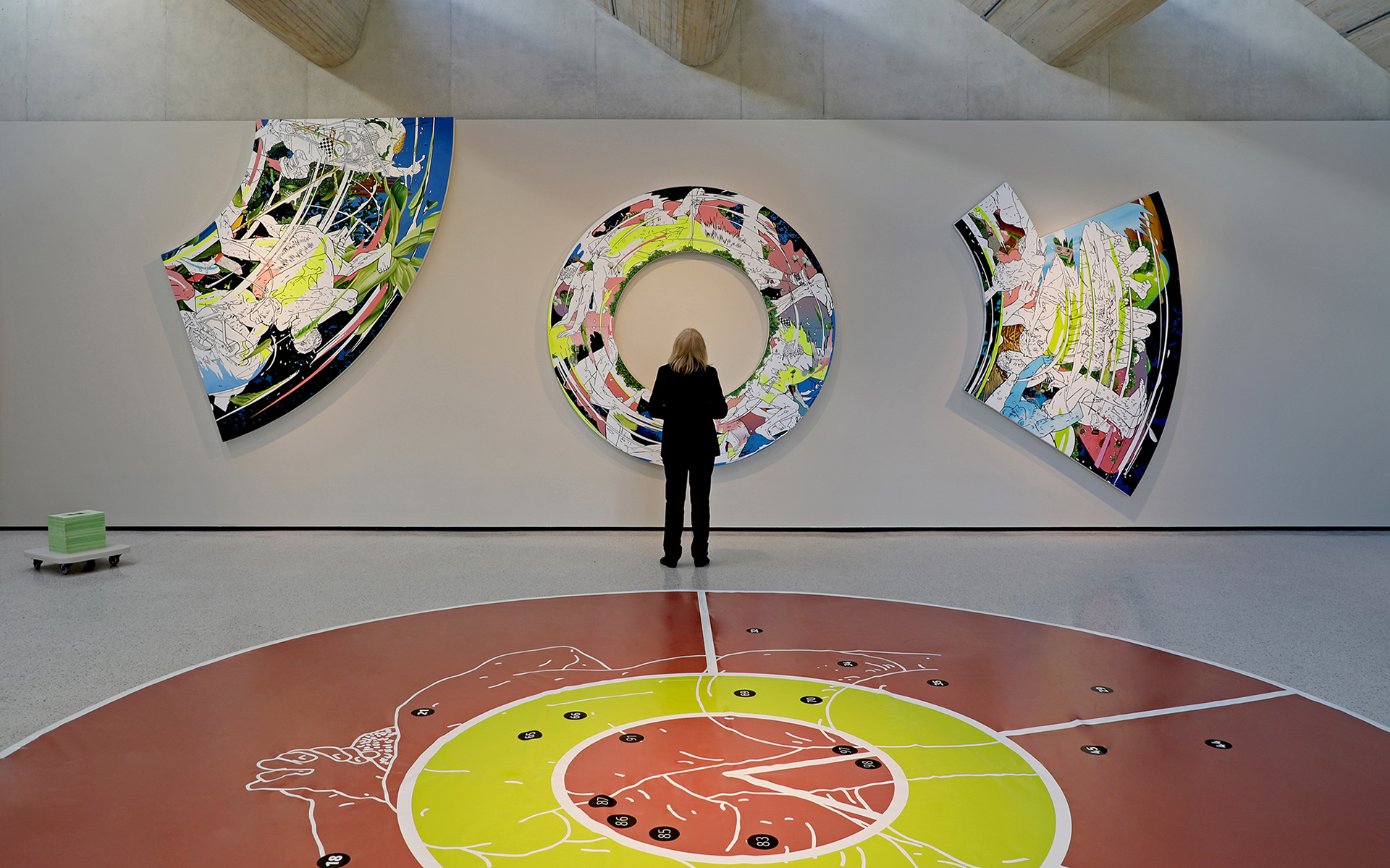 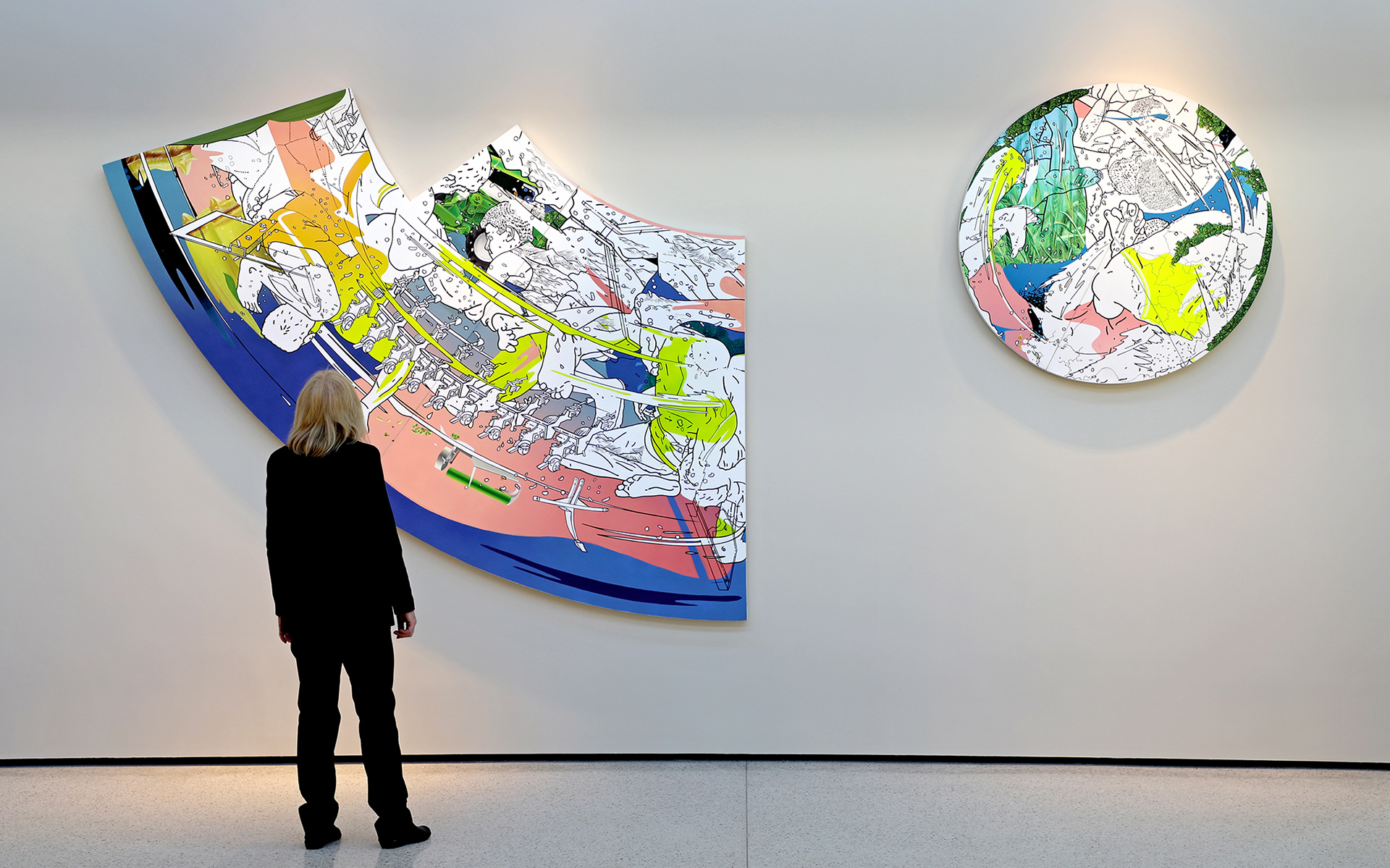 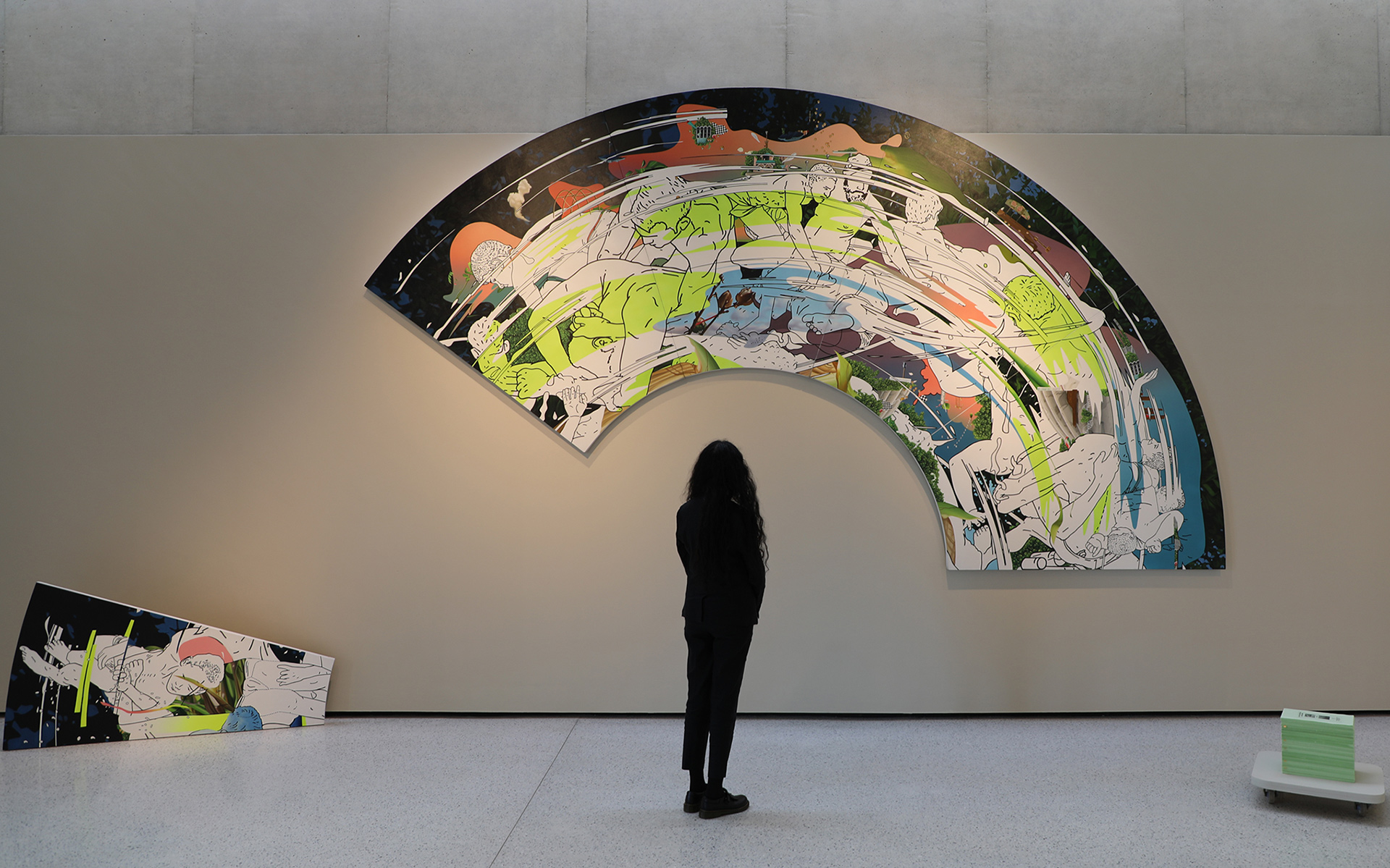 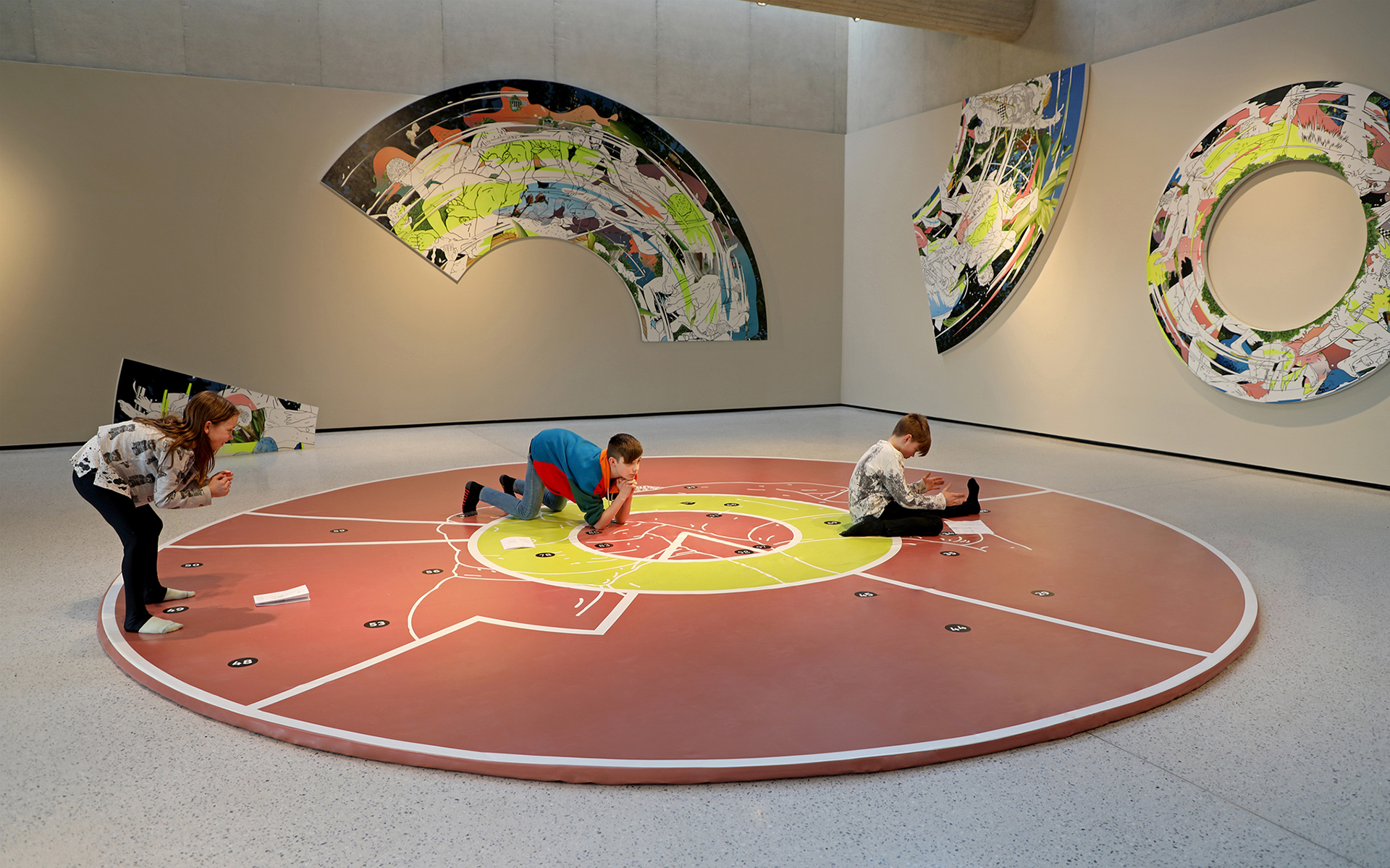 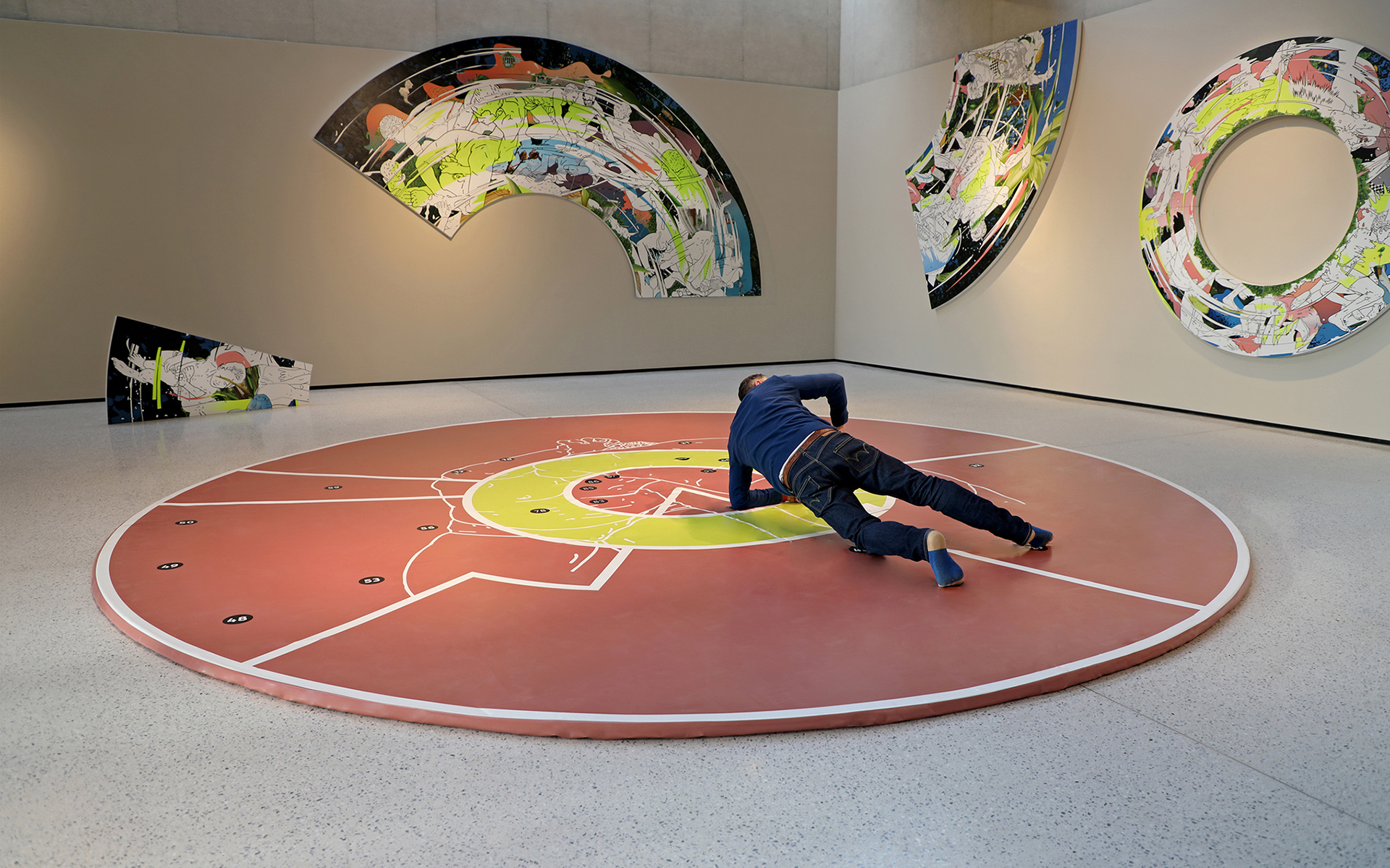 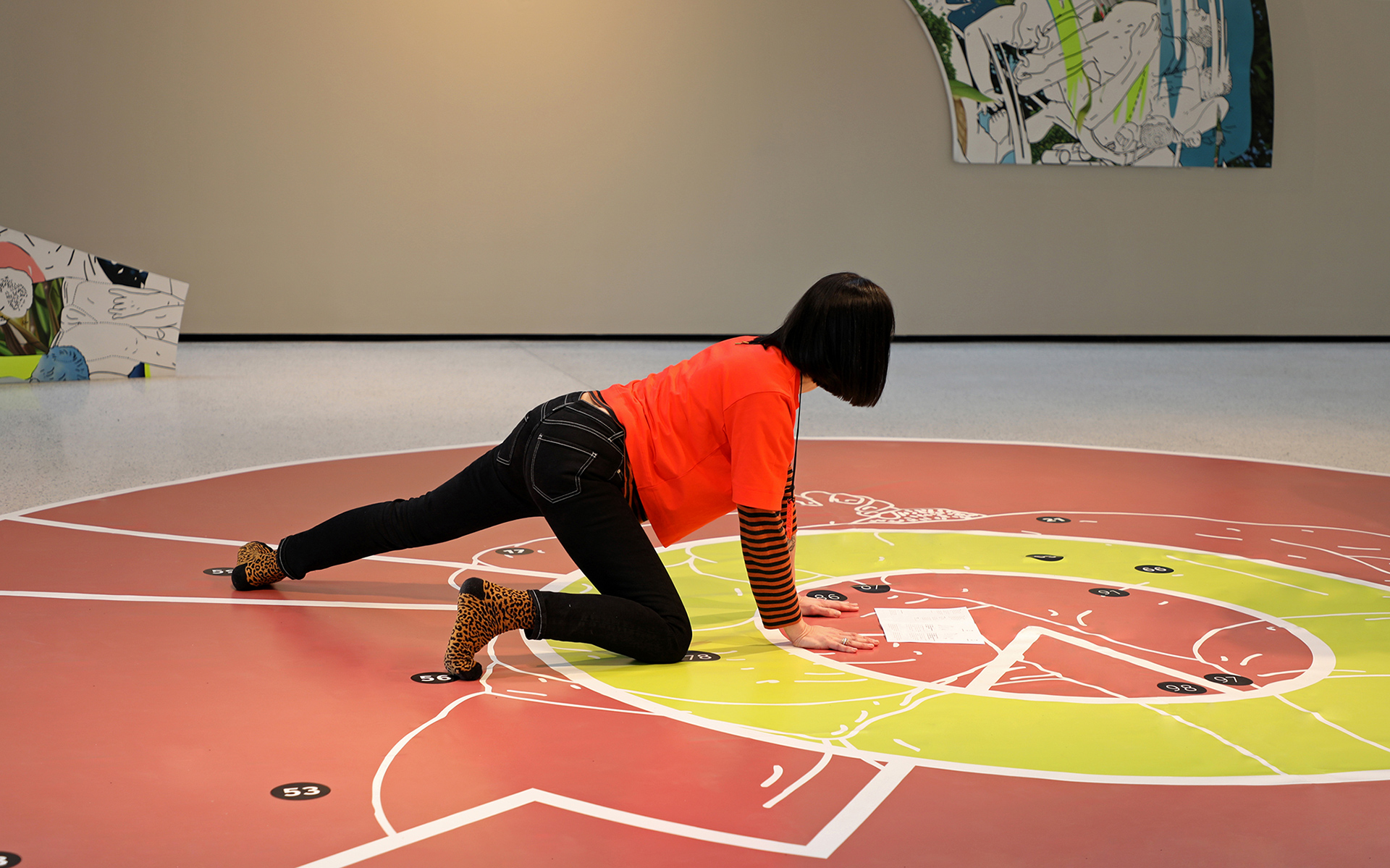 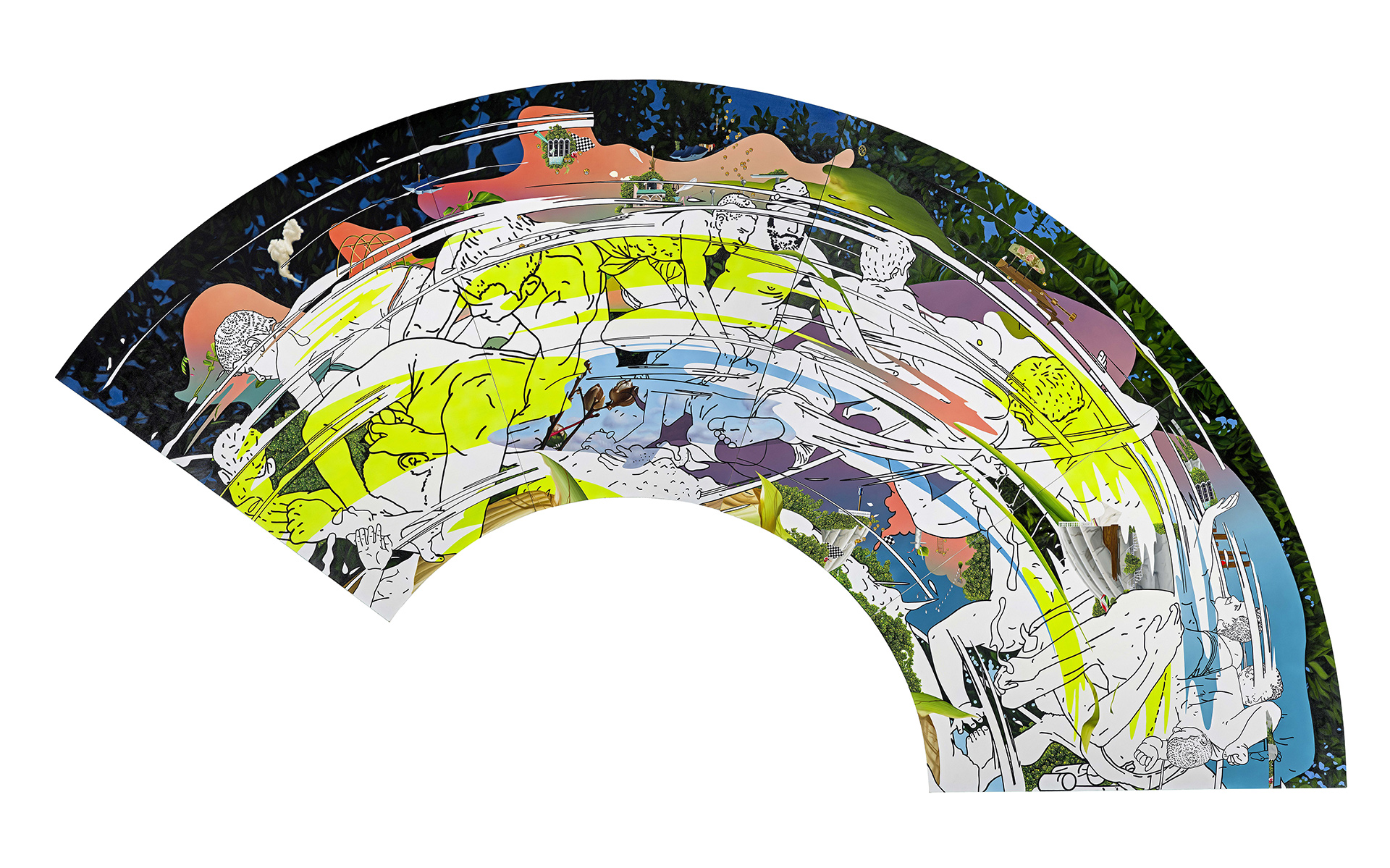 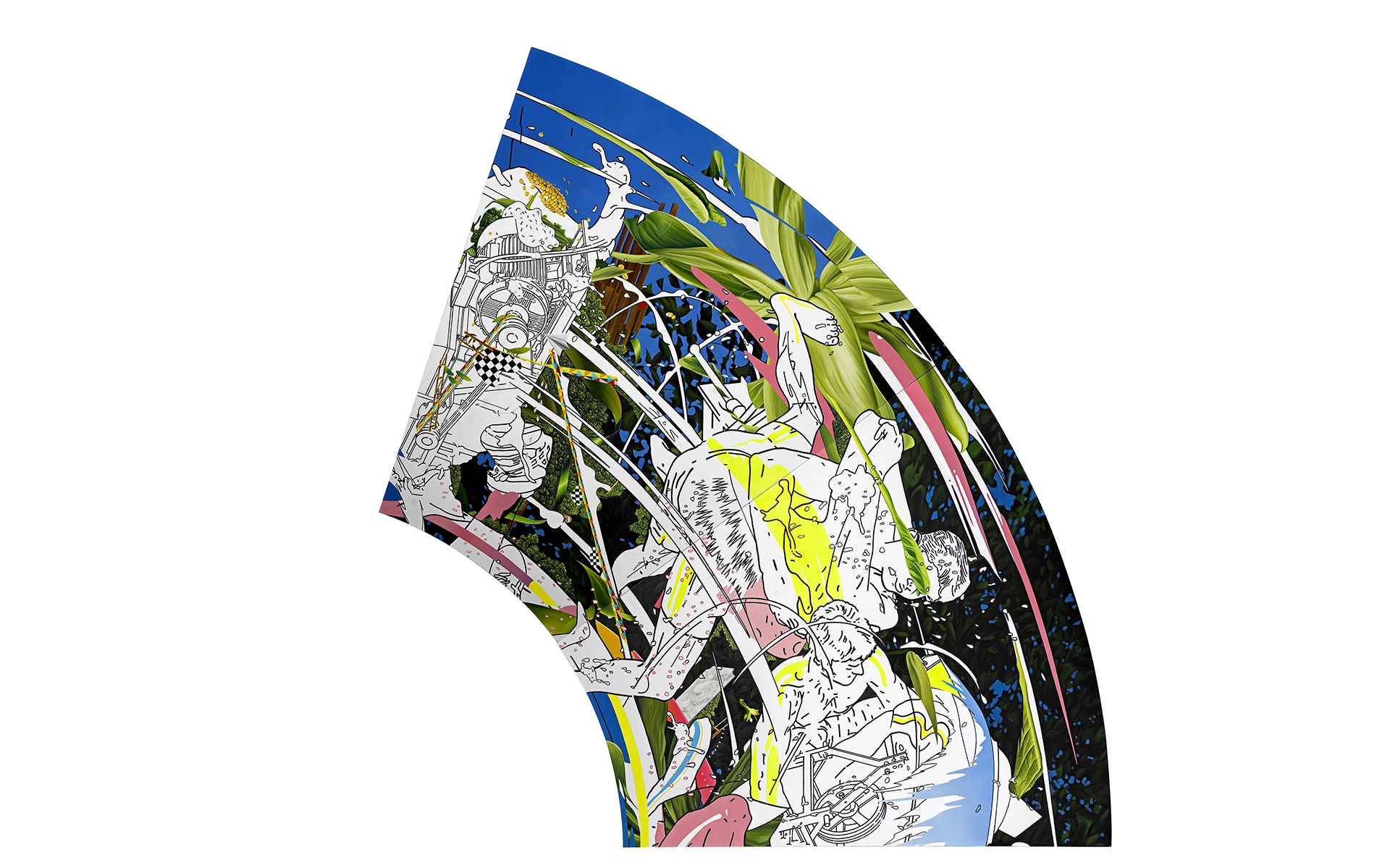 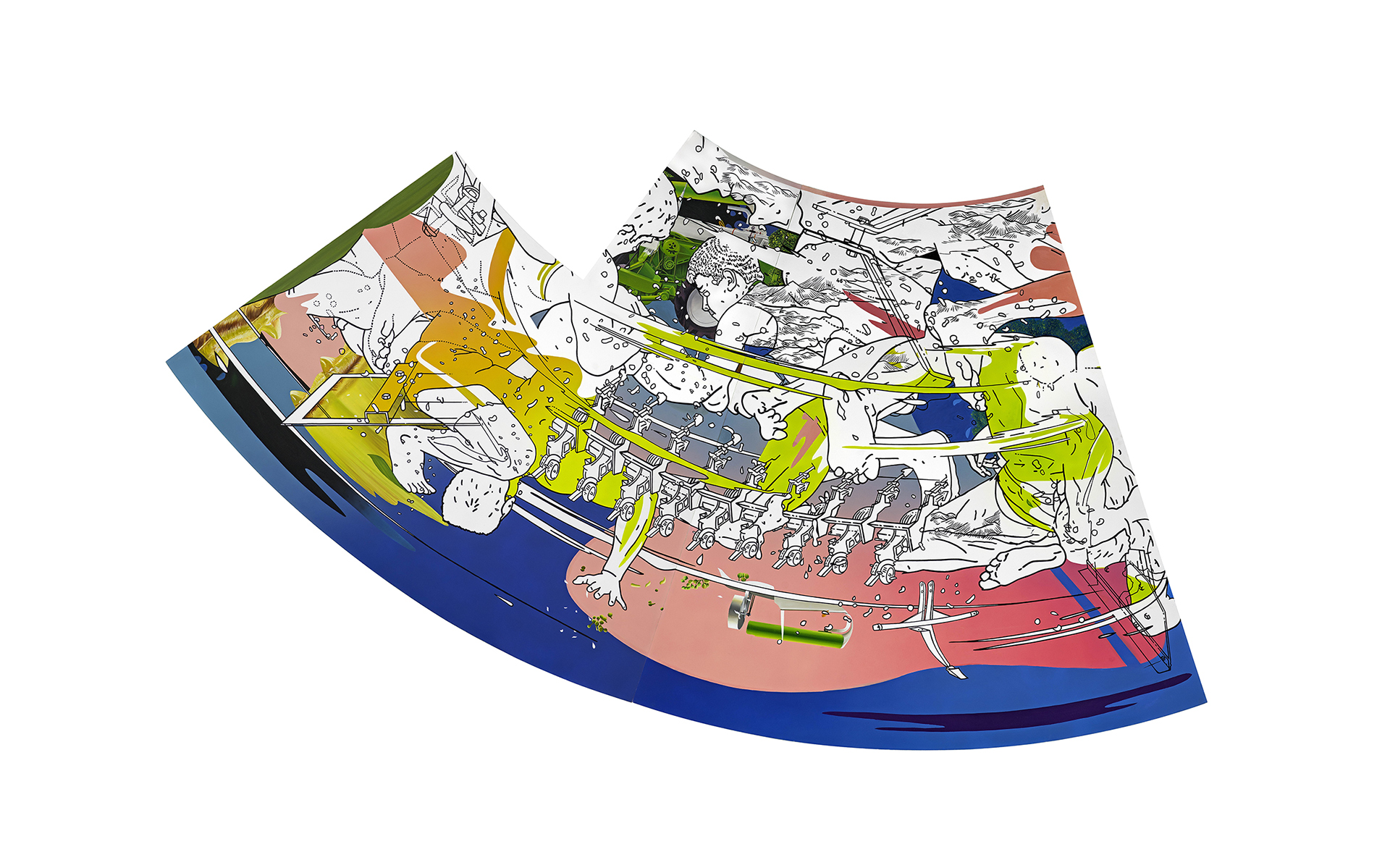 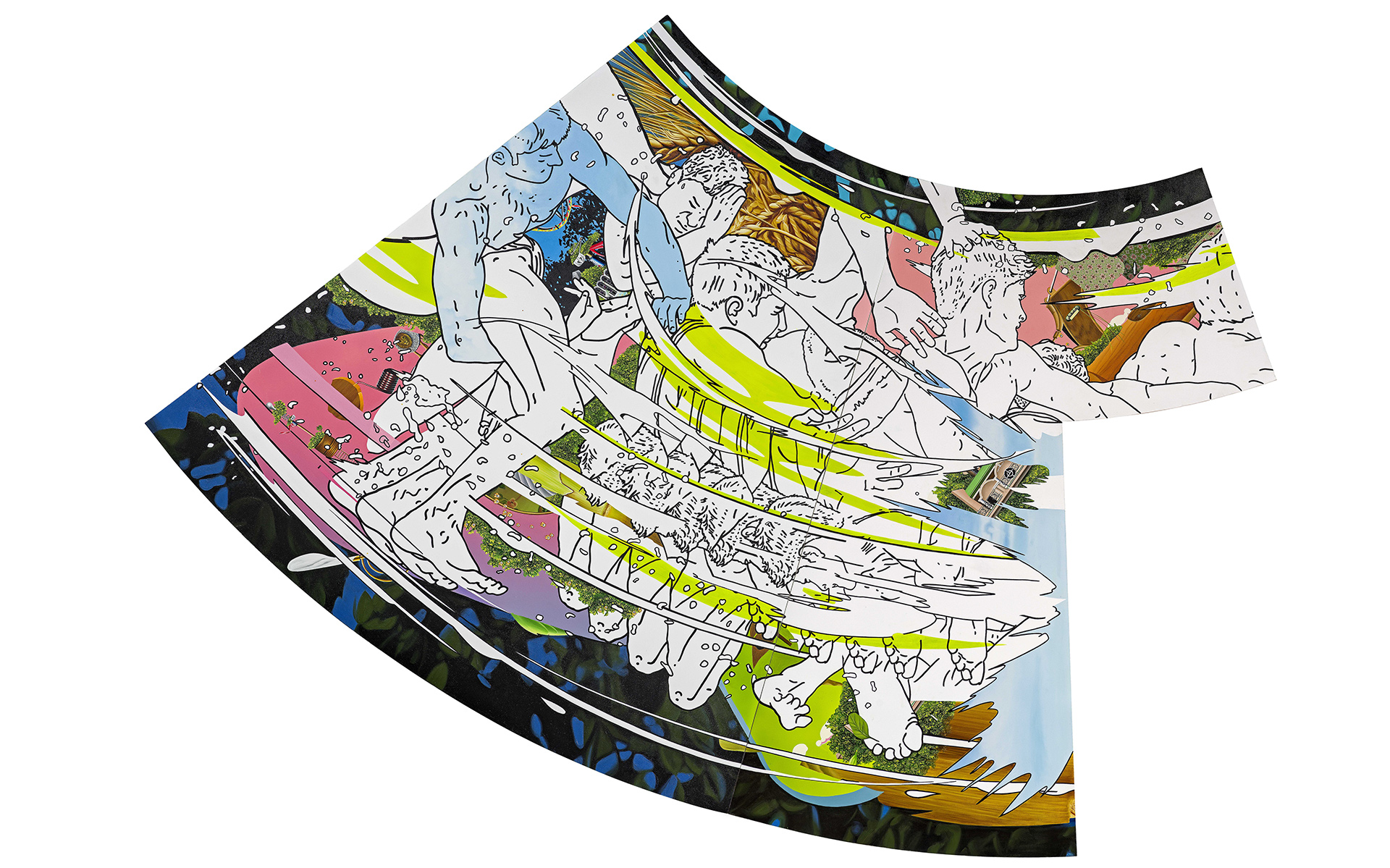 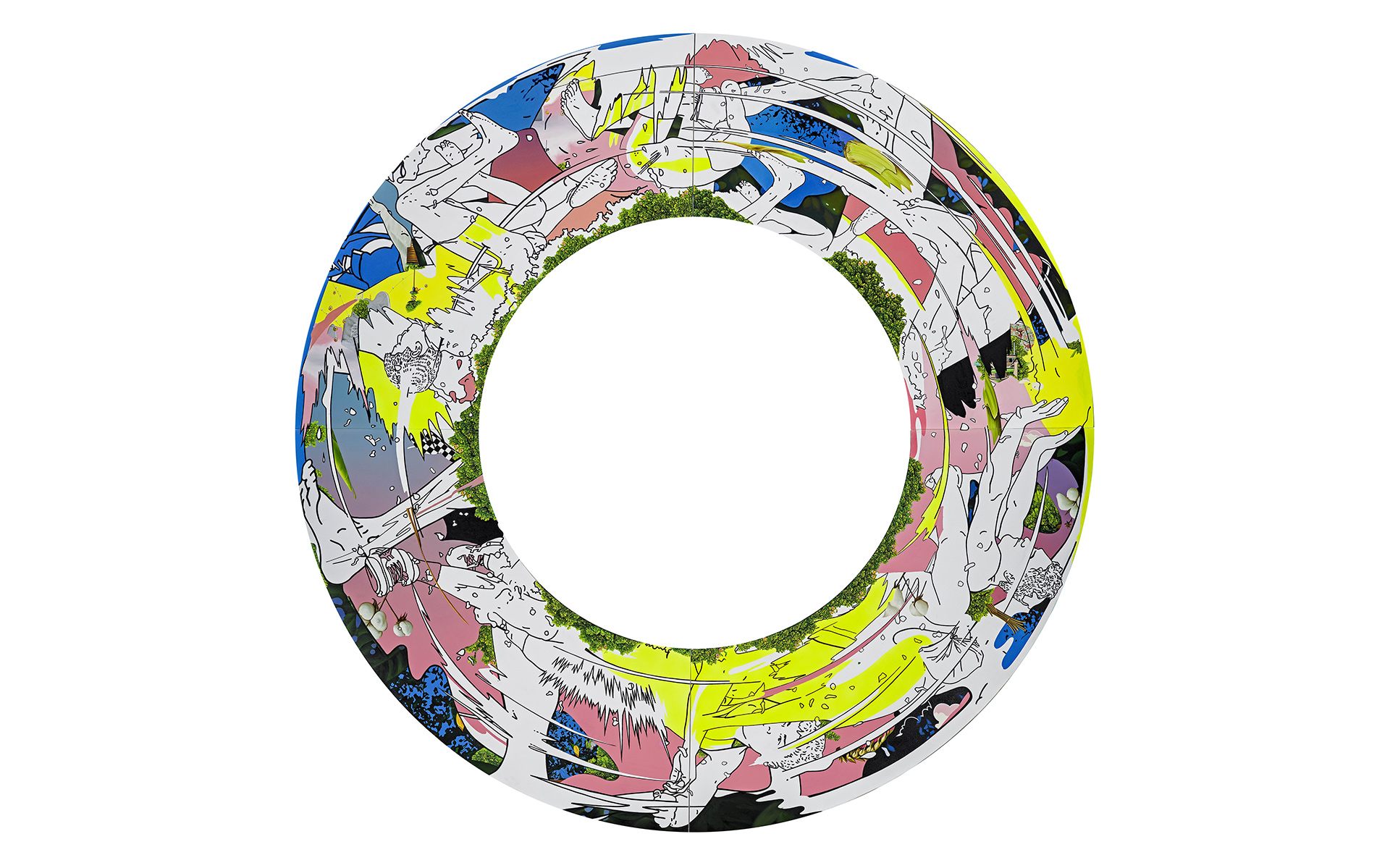 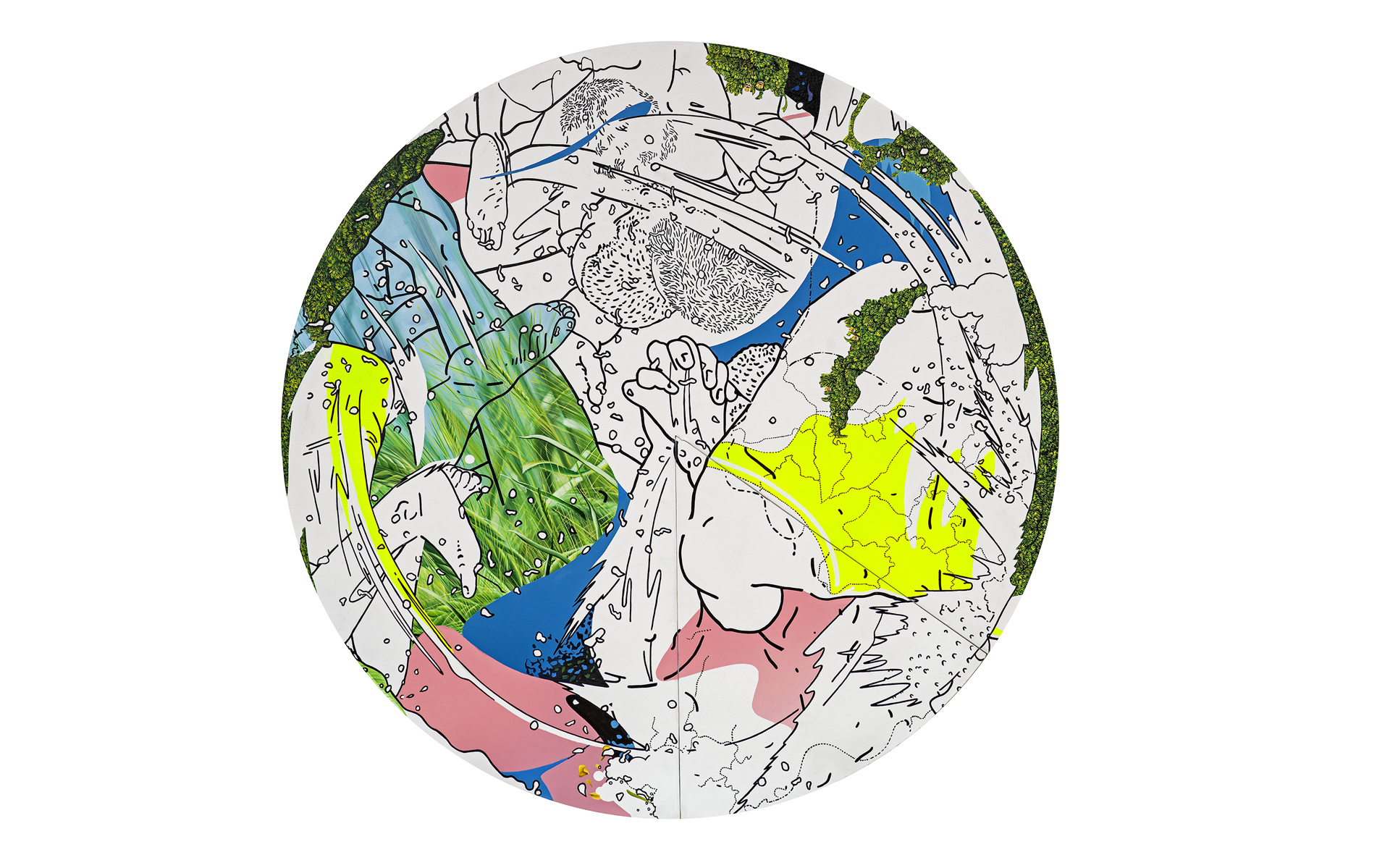 Thukral and Tagra invite families, friends, and strangers to wrestle with the issues faced by farmers in India through their immaculately conceived installation Bread, Circuses & TBD, which inaugurates The Weston Gallery.

The artists have been interested in the act of kushti, a traditional form of wrestling practiced across India and especially by farmers as a social construct, the coded vocabulary of sport and the playing field – in this case, the ‘akhara’ – since 2006, when they first began supporting the akhara community in Jalandhar, the hometown of Jiten Thukral. In their first wrestling project, Match Fixed (2010), the artists began to understand the intricate details of the lives, trials, and tribulations of the agricultural community. Their involvement has evolved to support the establishment of a kitchen, run by the families of farmers that have been affected by suicides in order to provide meals for their children.

Informed by their long enquiry into game theory, including their research into the Don PaveyCollection, held in the National Arts Education Archive at YSP, the central installation Farmer is a Wrestler is an interactive challenge that invites participants as players to try out seven traditional wrestling manoeuvres, echoing the game of ‘Twister’. Participants land on numbers, rather than colours, where each represents a trial faced by farmers in India, and across the world, such as global warming, suicide, agrarian distress, and drought. The participant gets to interact with the space to better understand and comprehend the hardship of this present-day situation. The exhibition shows the duality of the figure of the farmer as a wrestler, staging strategies for survival against a complex set of challenges. The work explores not only their psyche but the body and human form as a site for endurance and strength.

A huge and intricate painting in the shape of a wrestling arena is split into sections and shown on the gallery walls. The paintings are comprised of five layers, which link to the hardships and dire situations faced by the farmers in Farmer is a Wrestler, including wrestling figures inspired by the artists’ interviews with the farmers and their families; the crops and the associated activities vital to their livelihood; and a highlight, which gives emphasis to the issues under discussion.

The ongoing series title of ‘Bread, Circuses’ draws from the metaphor of the Roman arena as a stage not only for competition and for the display of sportsmanship, but equally as a mode of survival strategies and the earning of daily bread. It is a body of work that reflects on the lives of Indian people as affected by daily politics, society, and cultural norms. The YSP iteration ‘TBD’ (‘to be determined’), references the precariousness and uncertain future faced by Indian farmers and is represented by the white areas of incomplete canvas in the paintings.

Over the past few decades, farming and agriculture communities across the country have faced extremely difficult situations, living in poverty and oppression, with little or no control over their land or livelihood, leading to suicides. While there are constant protests and uprisings by farming communities, their pleas are often unheard by the government or go unnoticed. A tiny grain of sand or wheat becomes a metaphor that carries through the installation, sand being an element that is sacred for the akhara wrestler and wheat for the farmer.

This project aims to interrogate a larger set of political issues through the act and metaphor of wrestling, applying artistic agency to question the status quo but also offer hope.

As a platform for debate and the presentation of relevant current affairs, this project continues a highly popular strand of YSP’s programming that has included Alfredo Jaar (Chile/US), Shirin Neshat (Iran/US), Amar Kanwar (India) and Yinka Shonibare (Nigeria/UK).