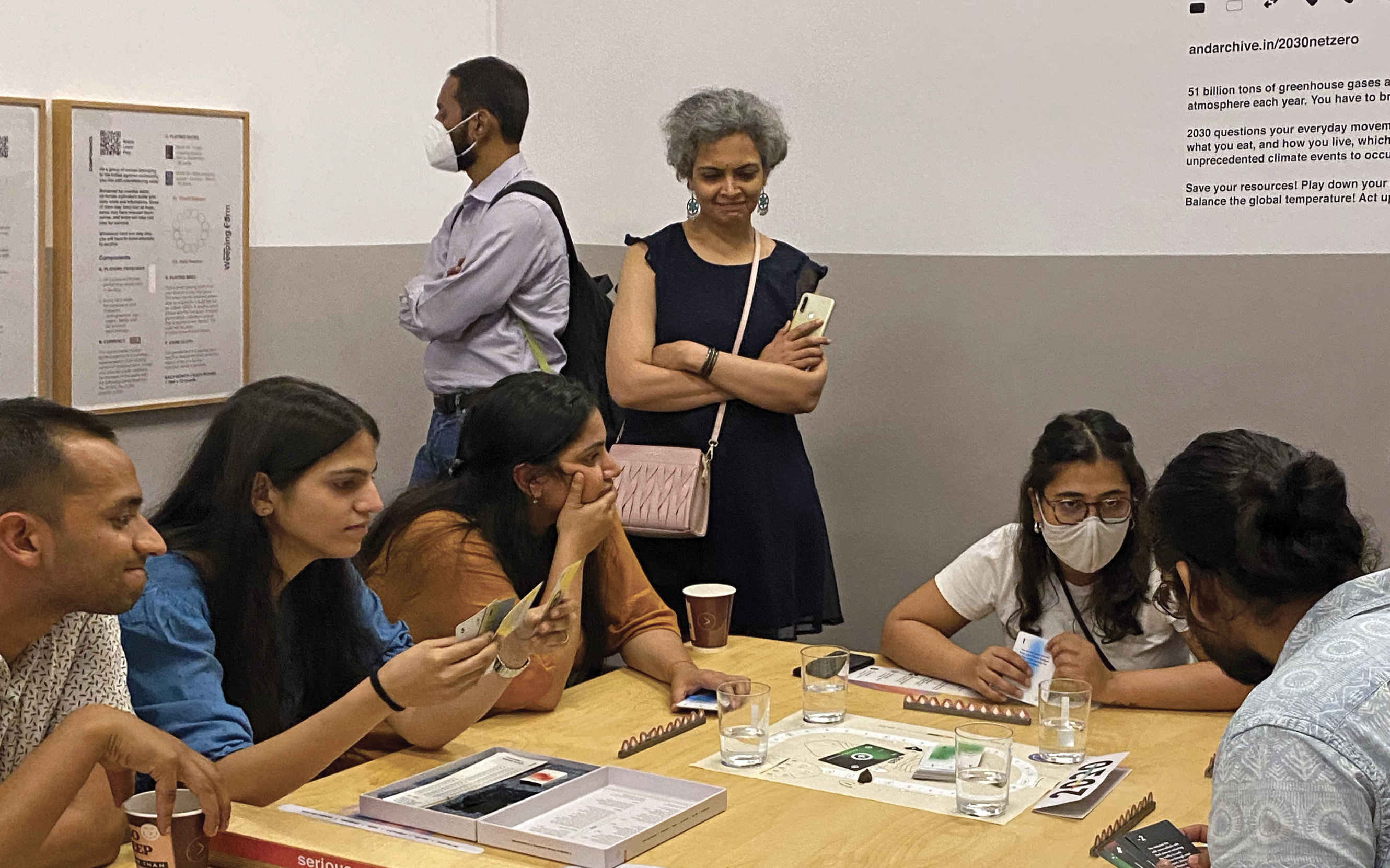 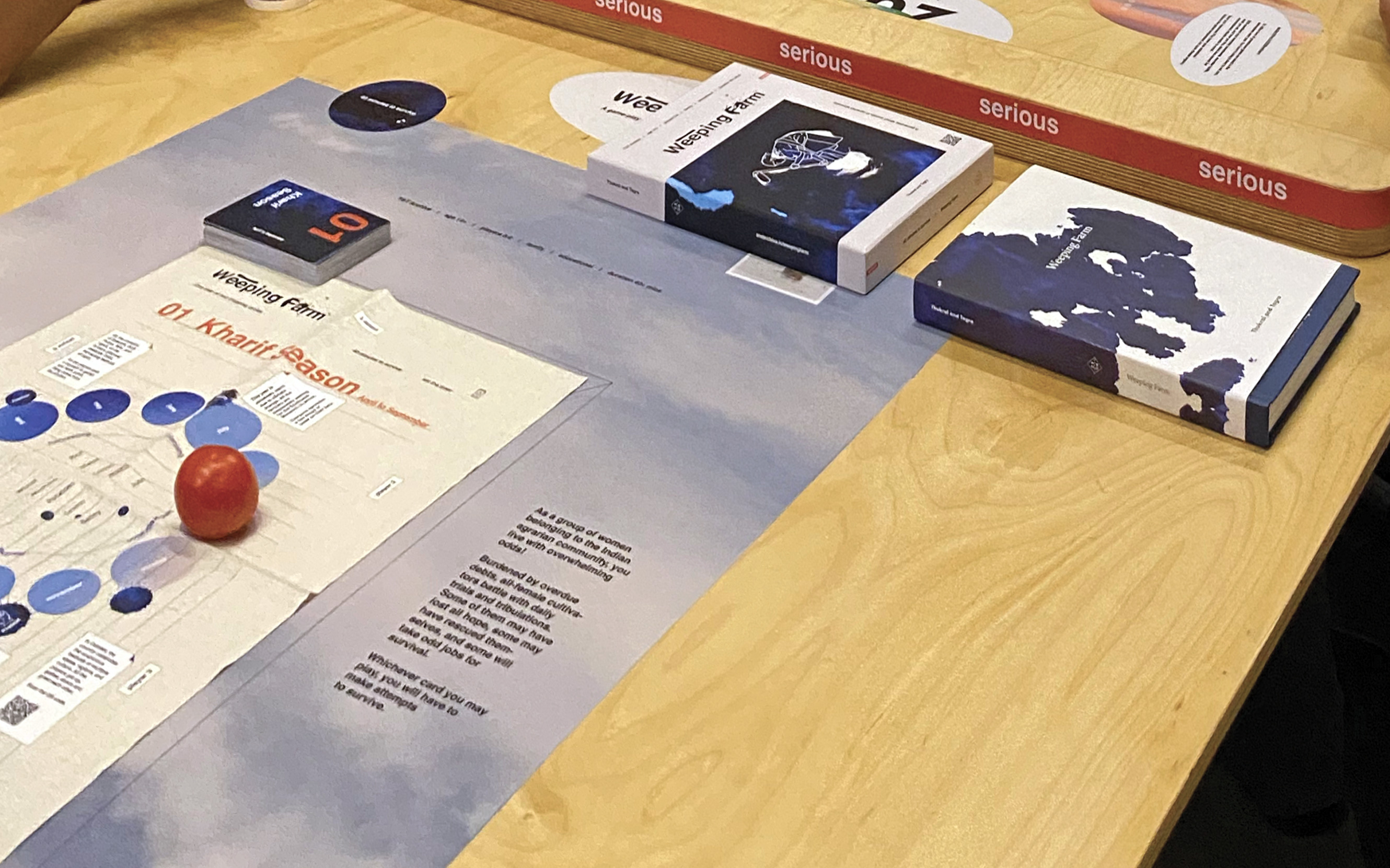 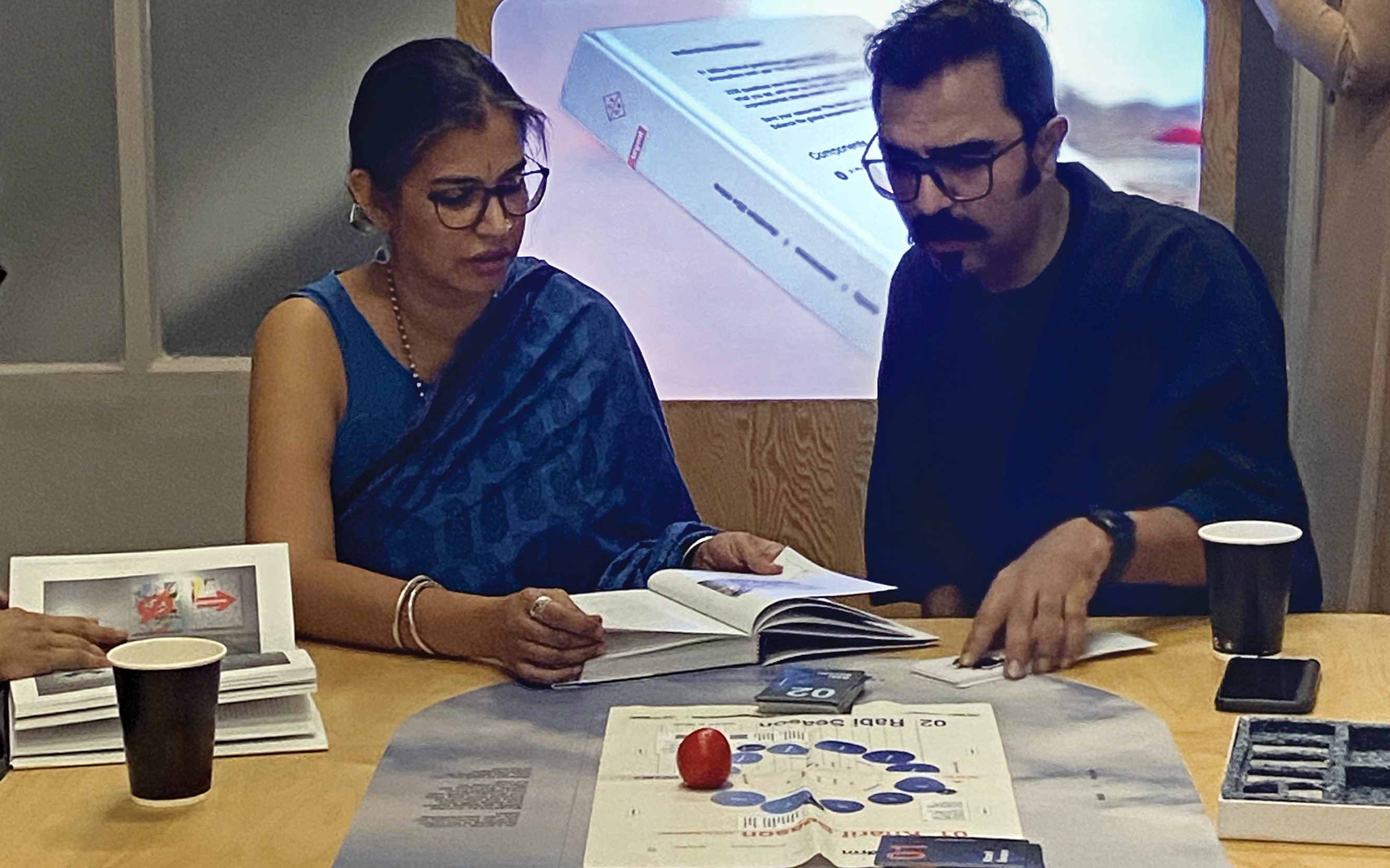 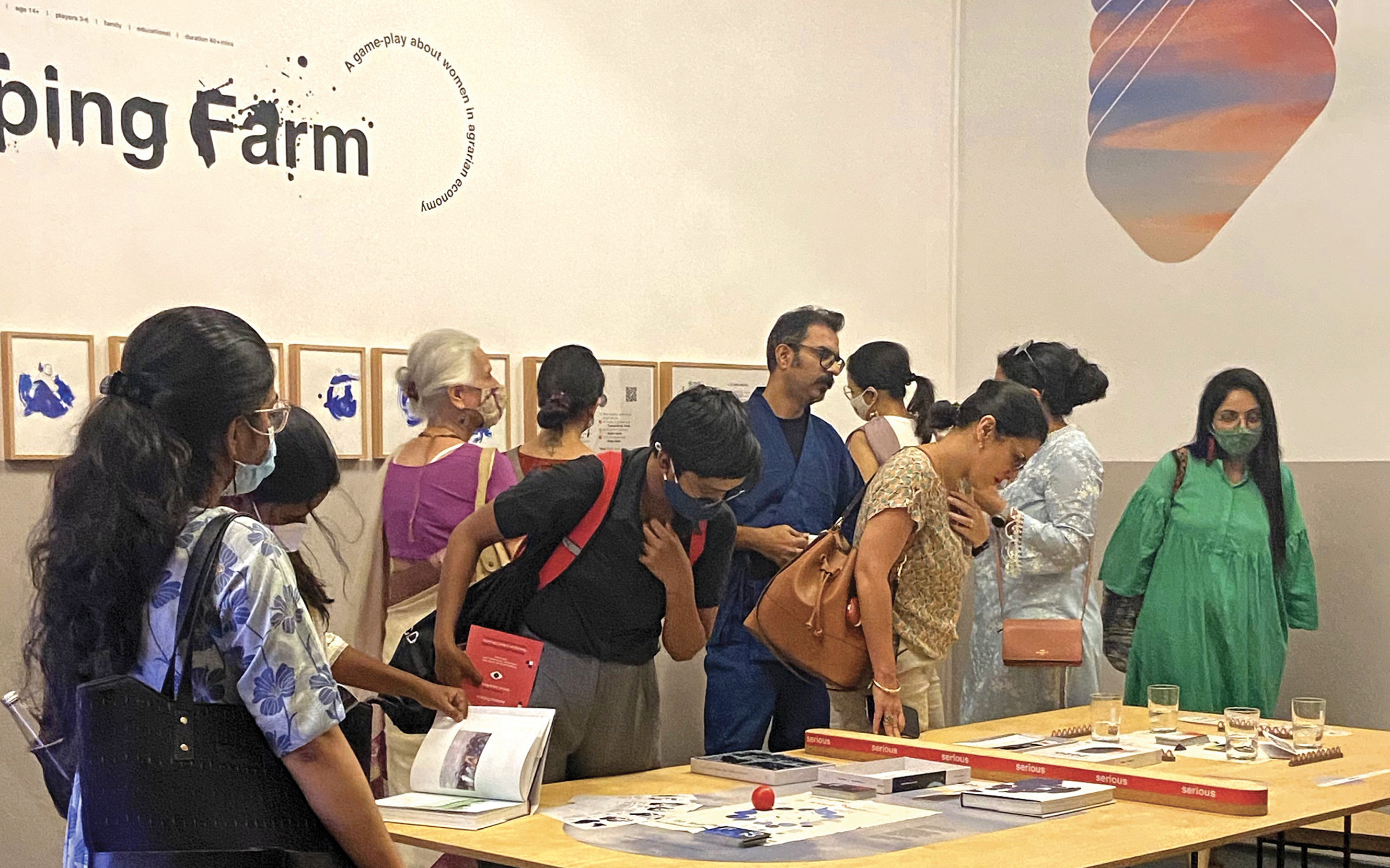 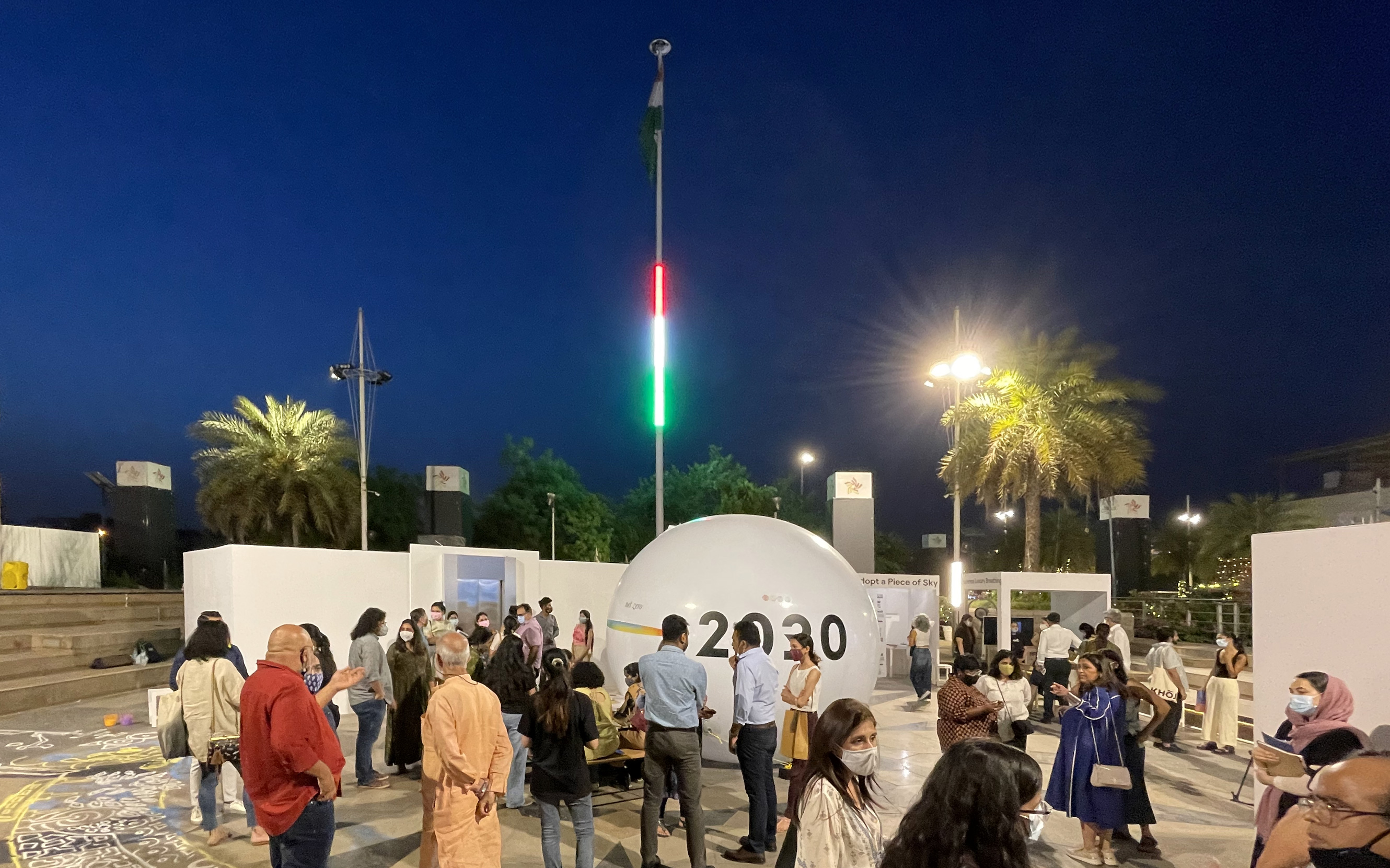 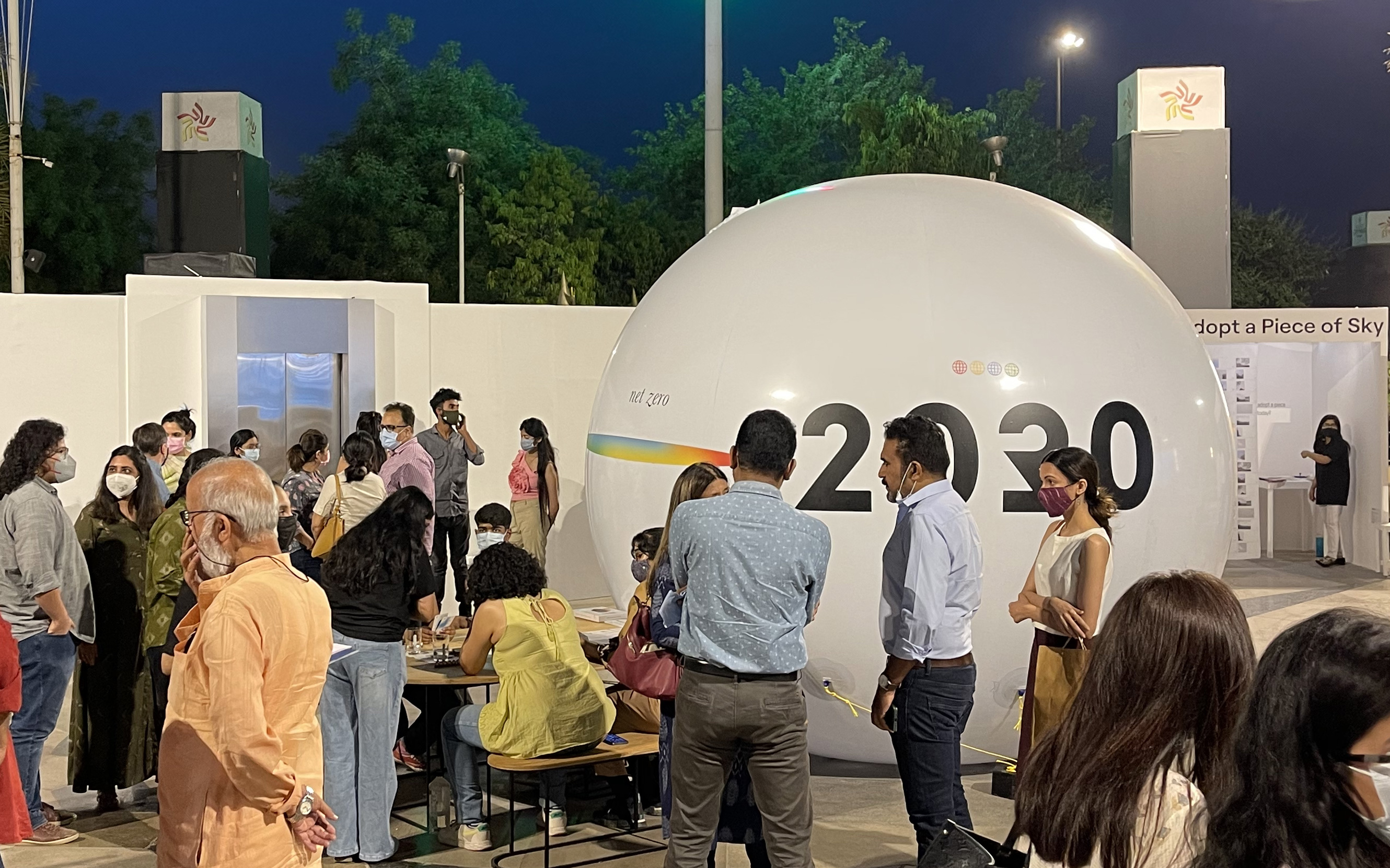 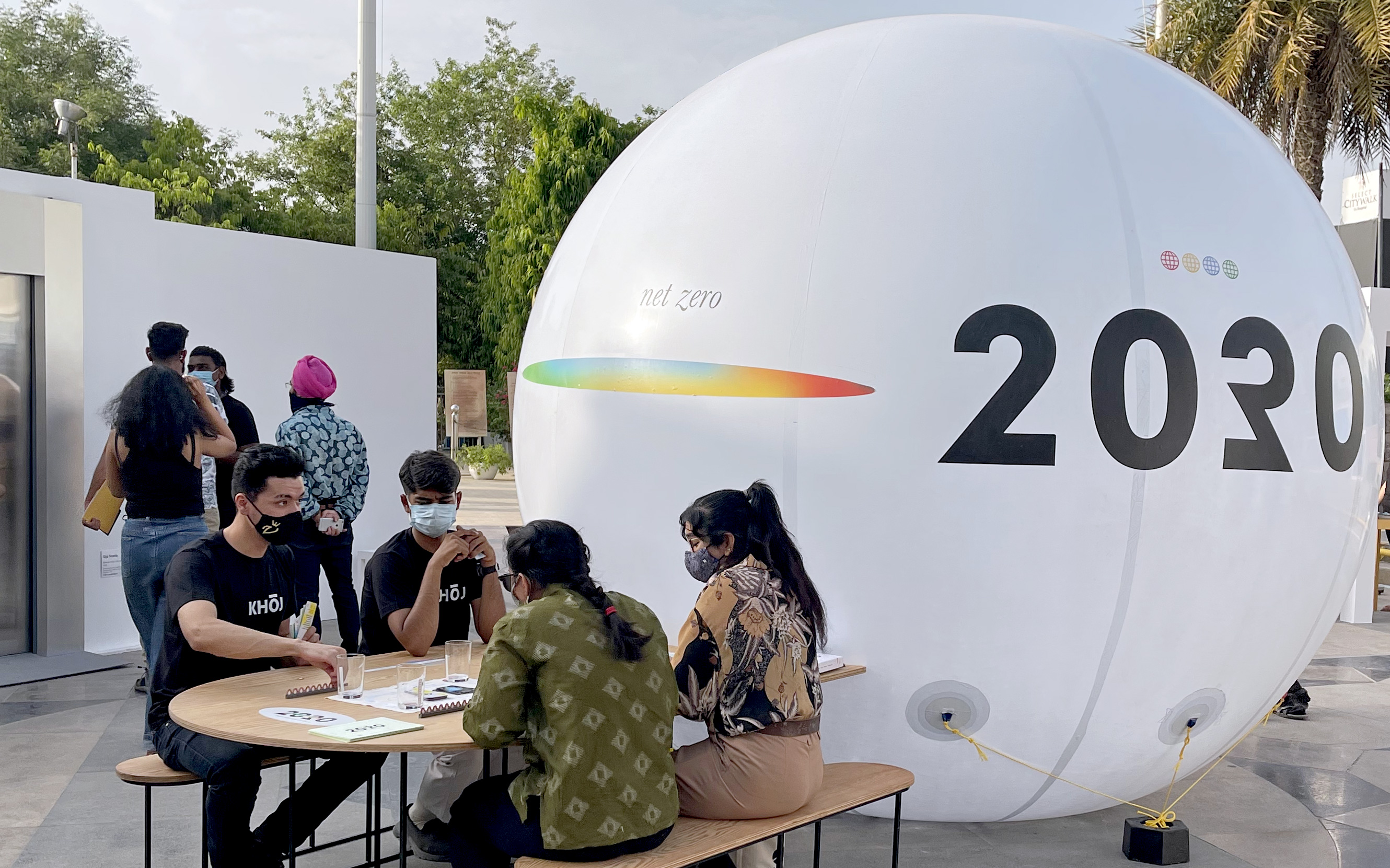 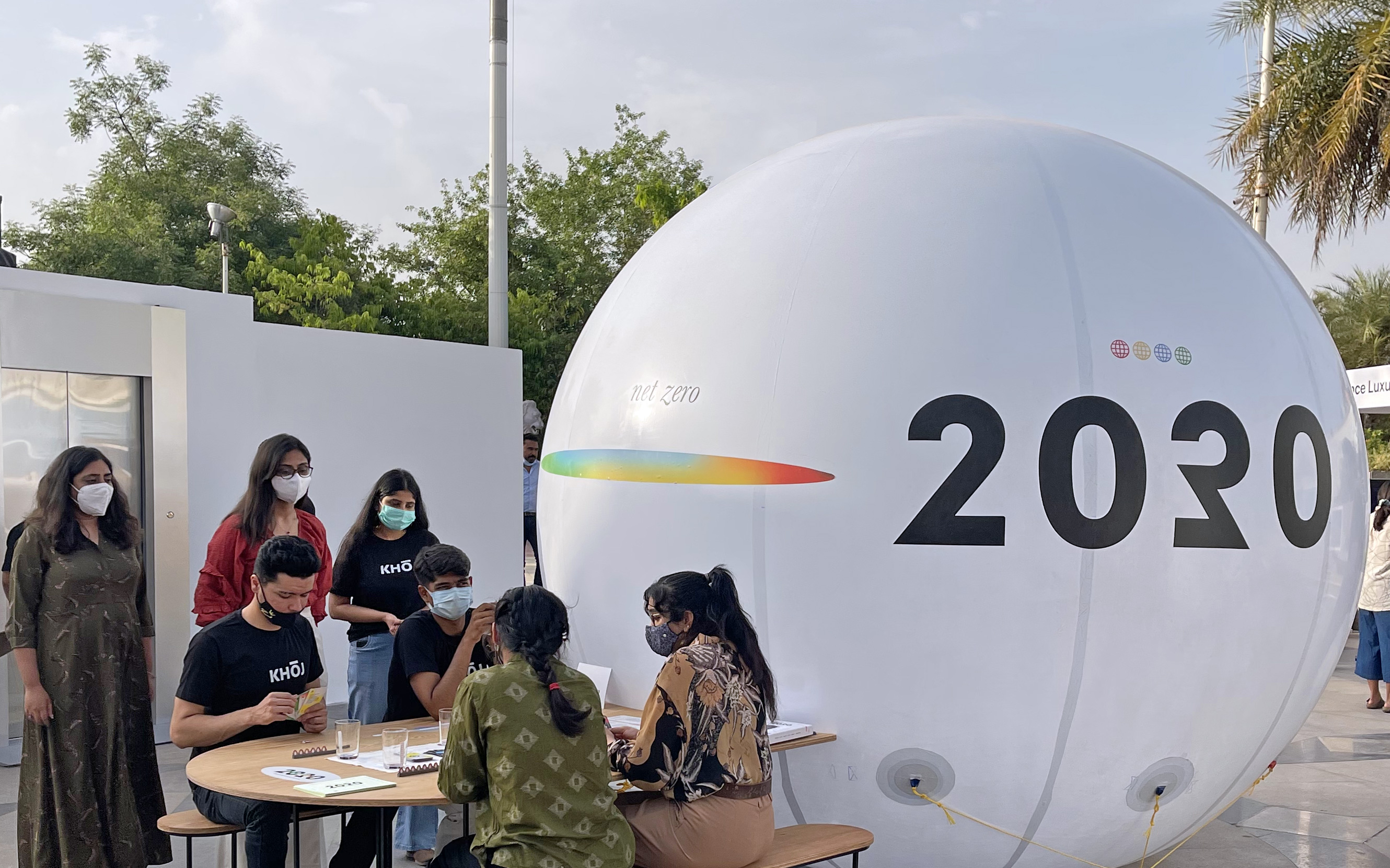 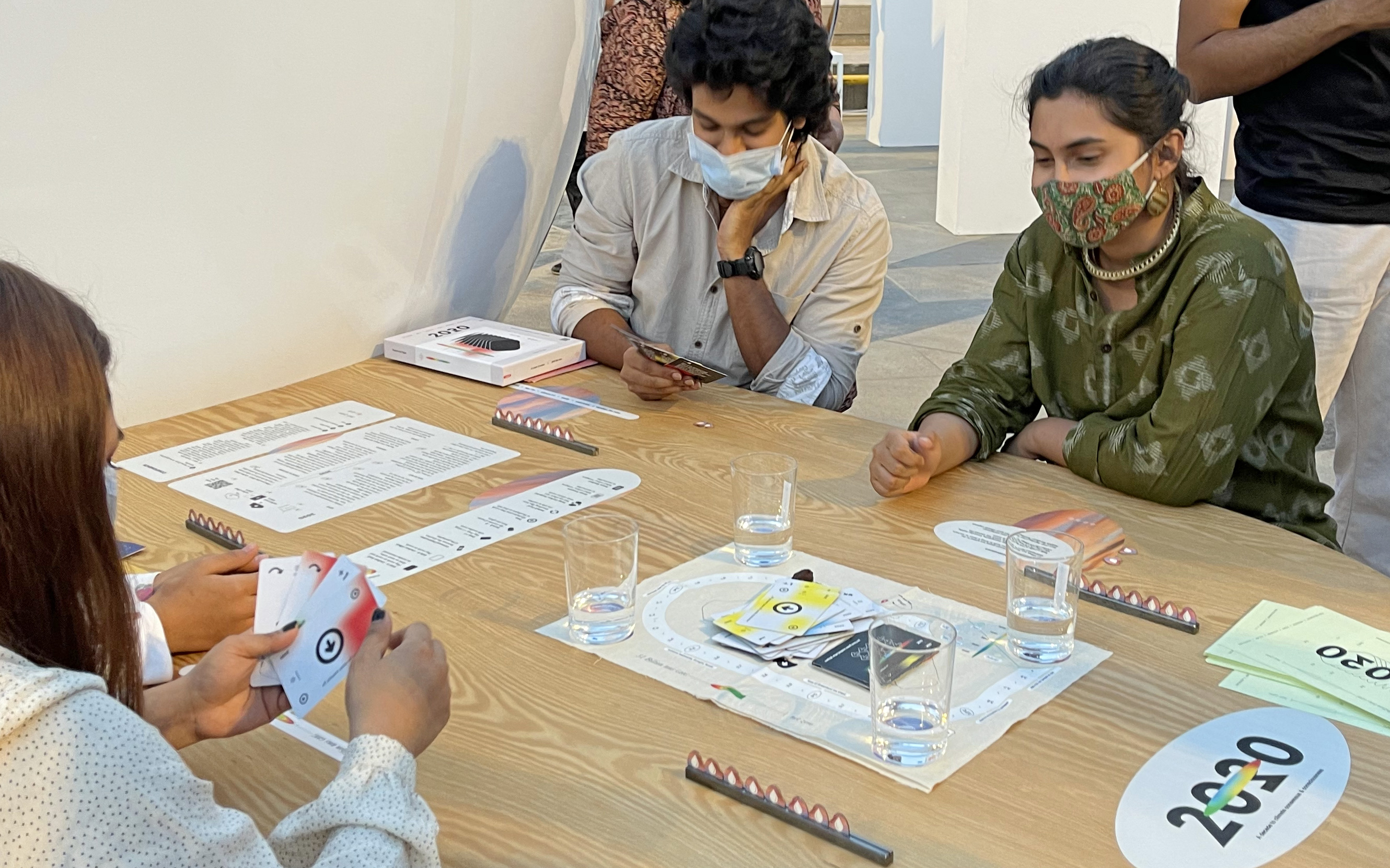 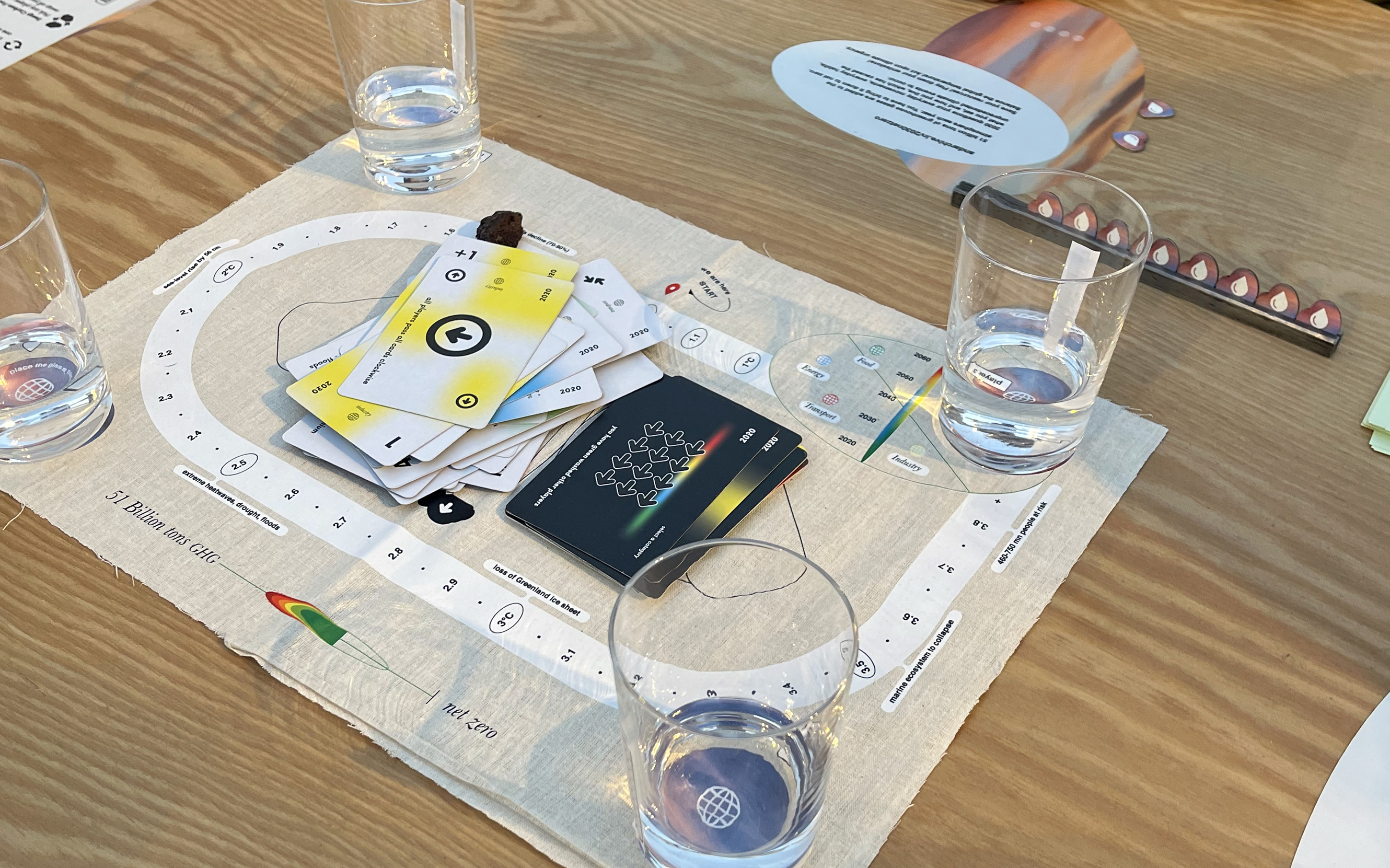 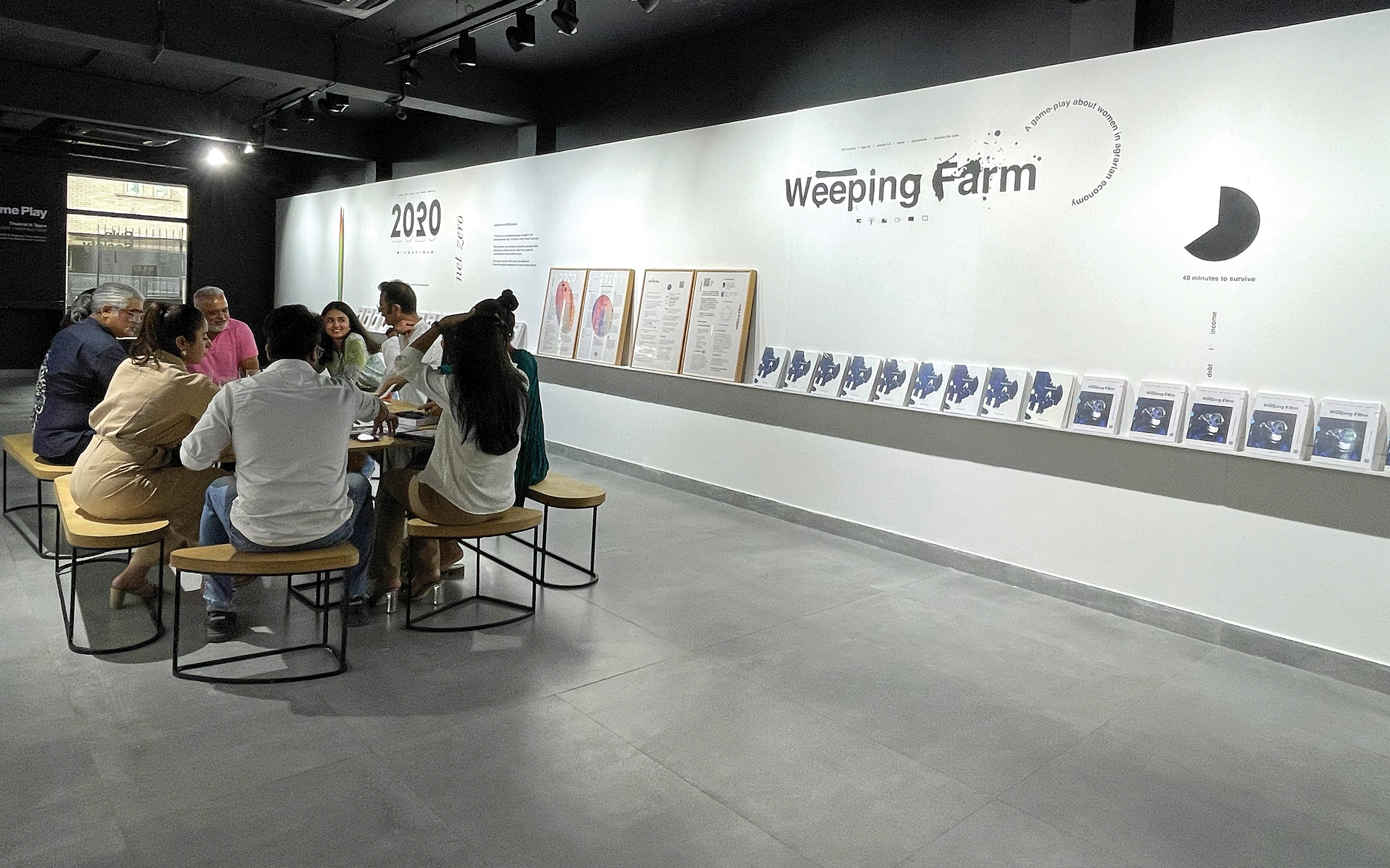 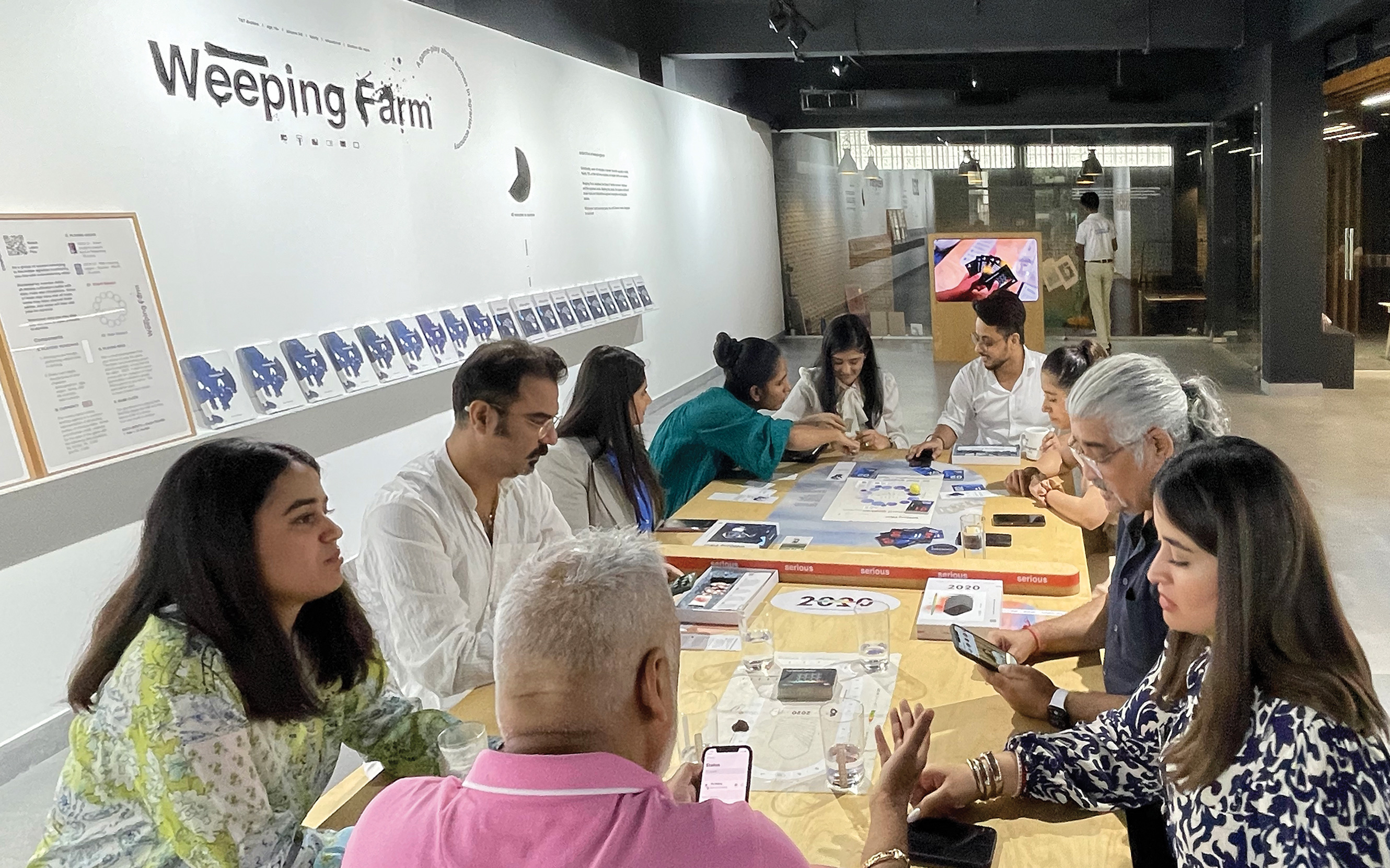 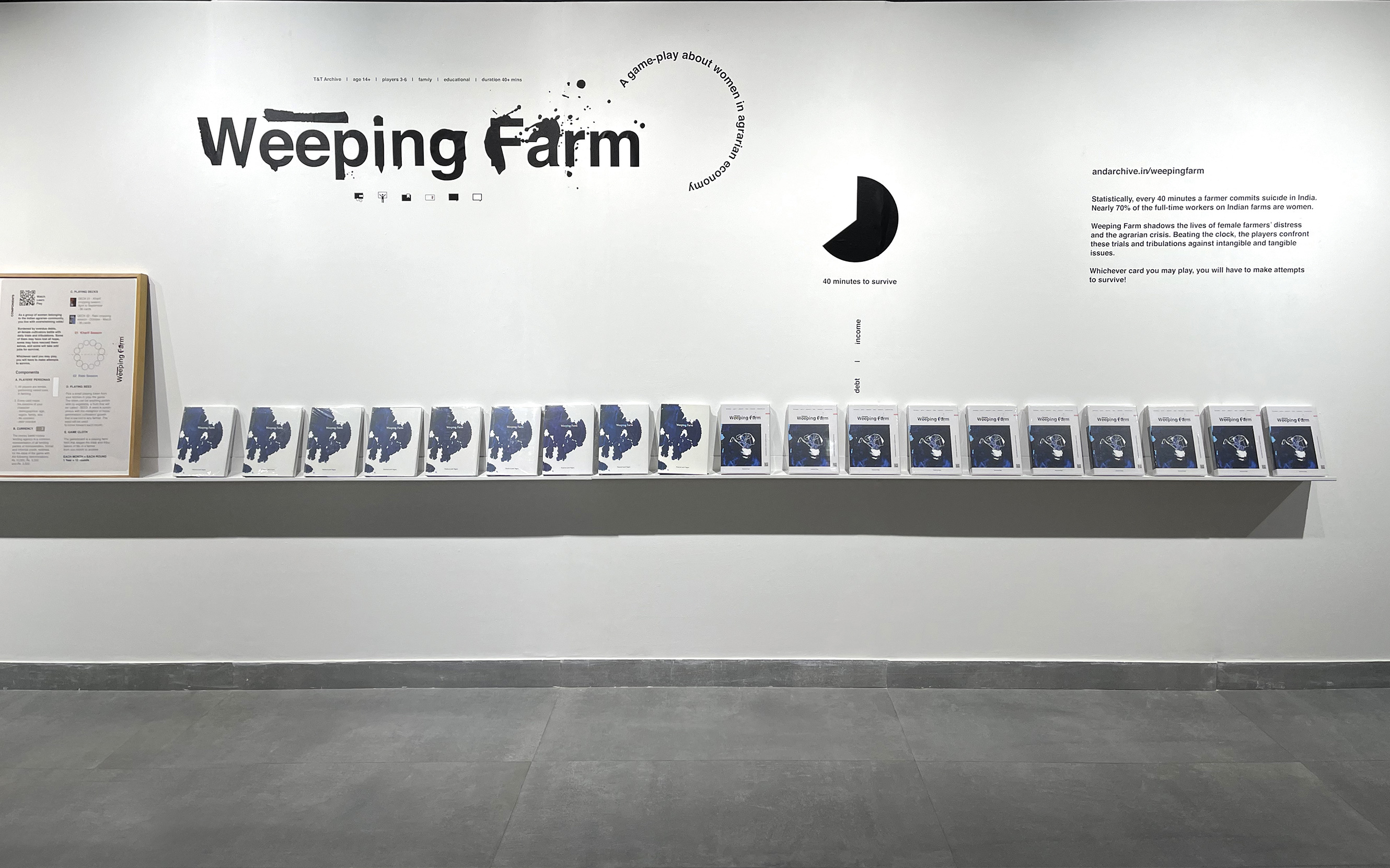 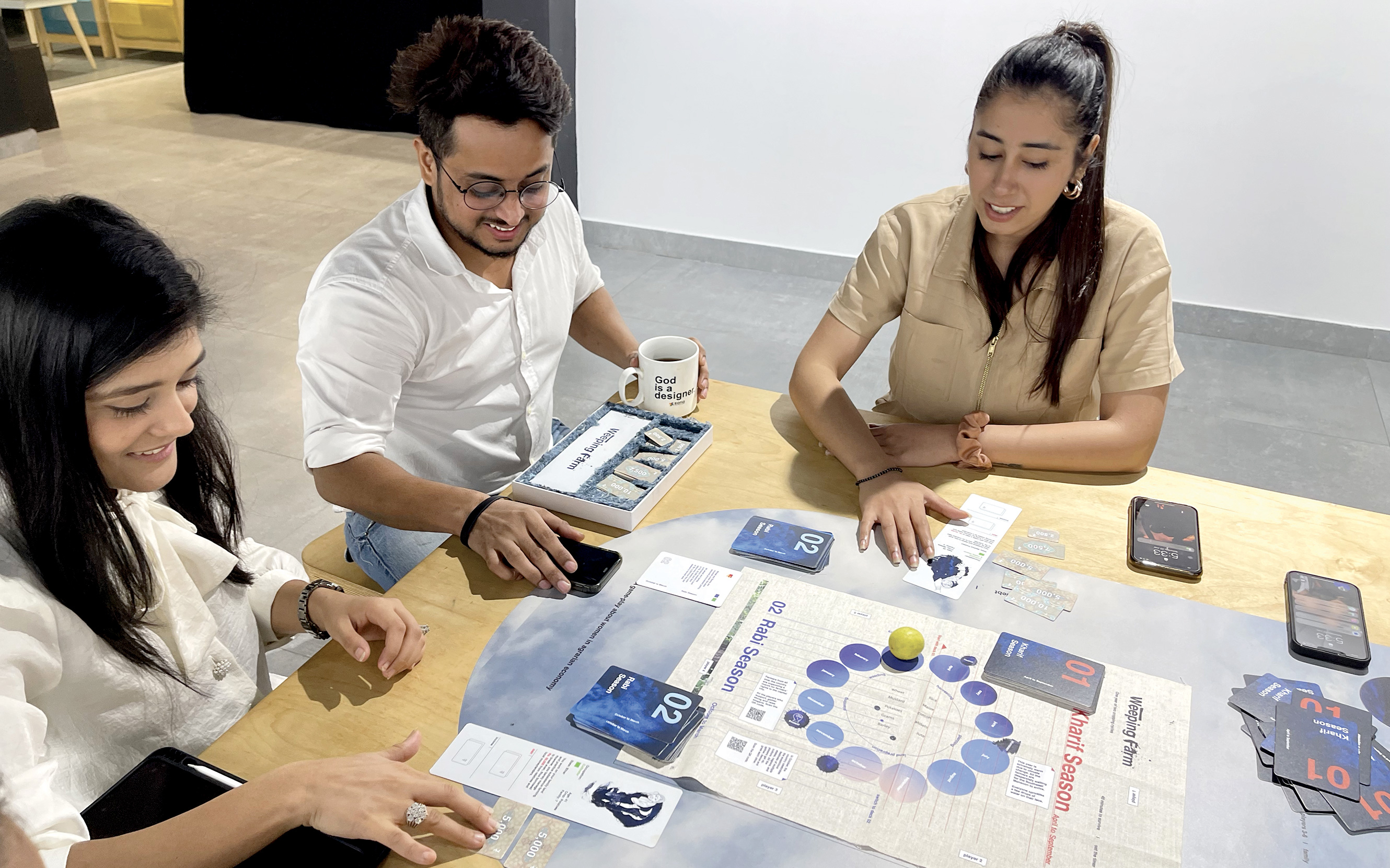 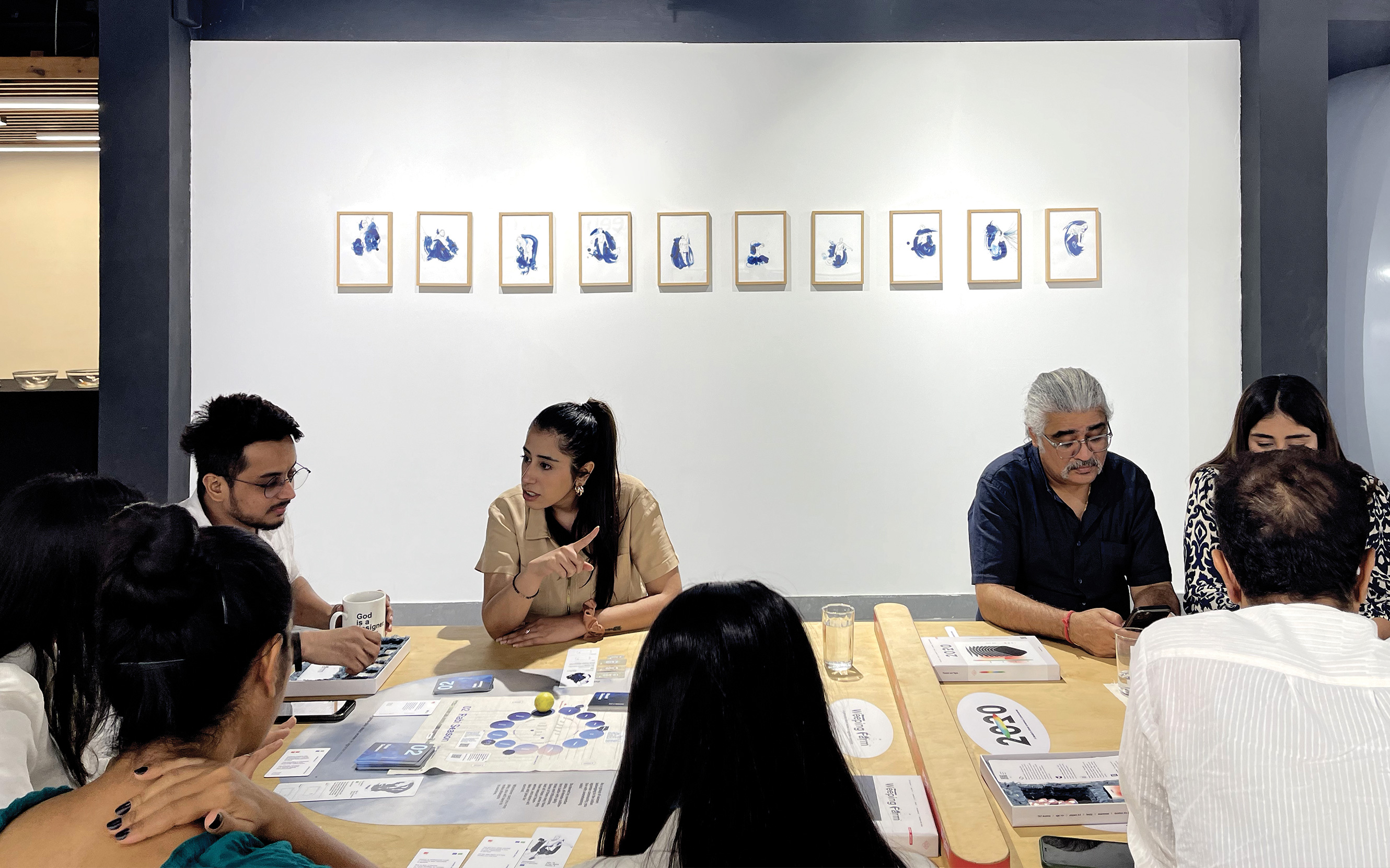 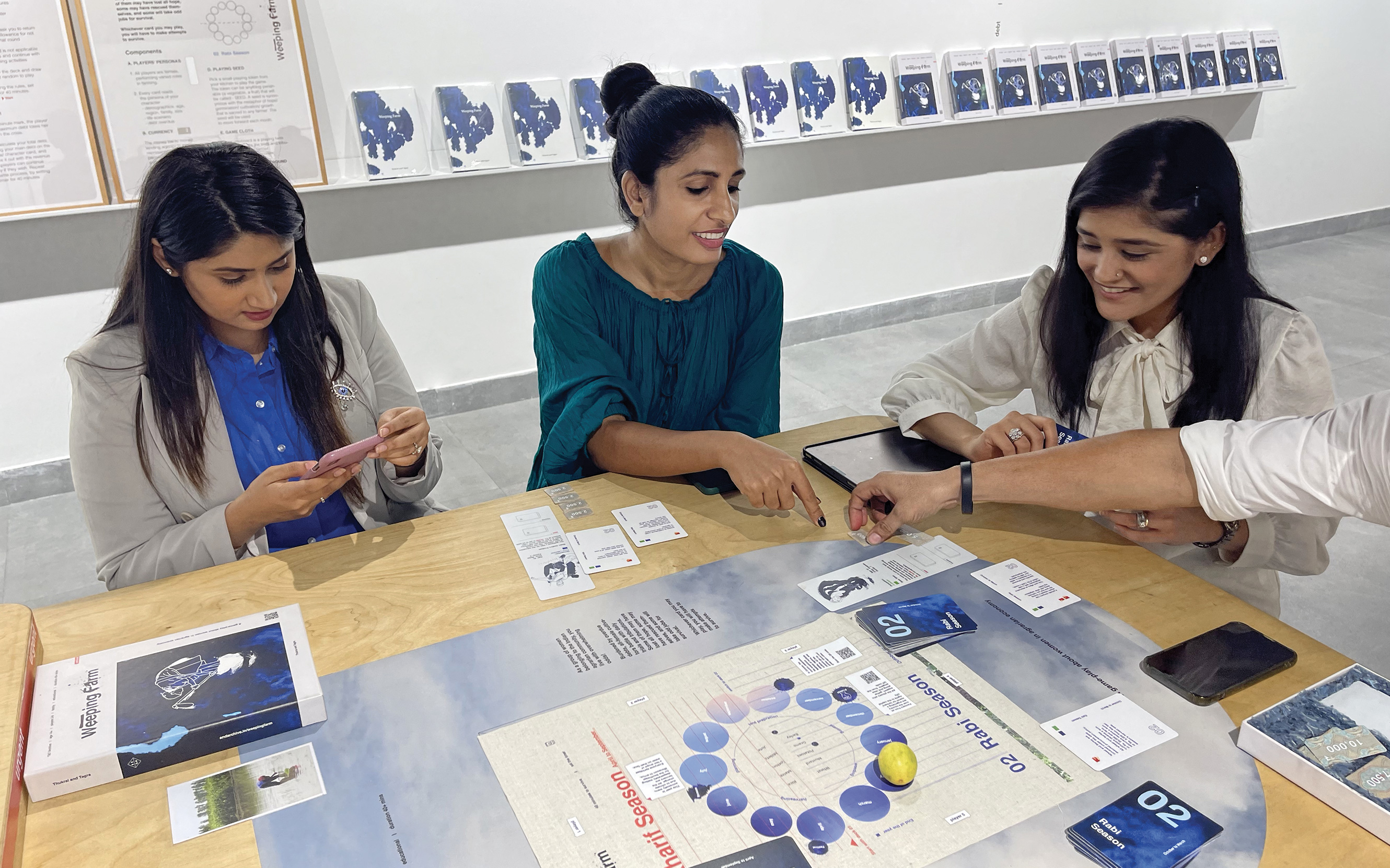 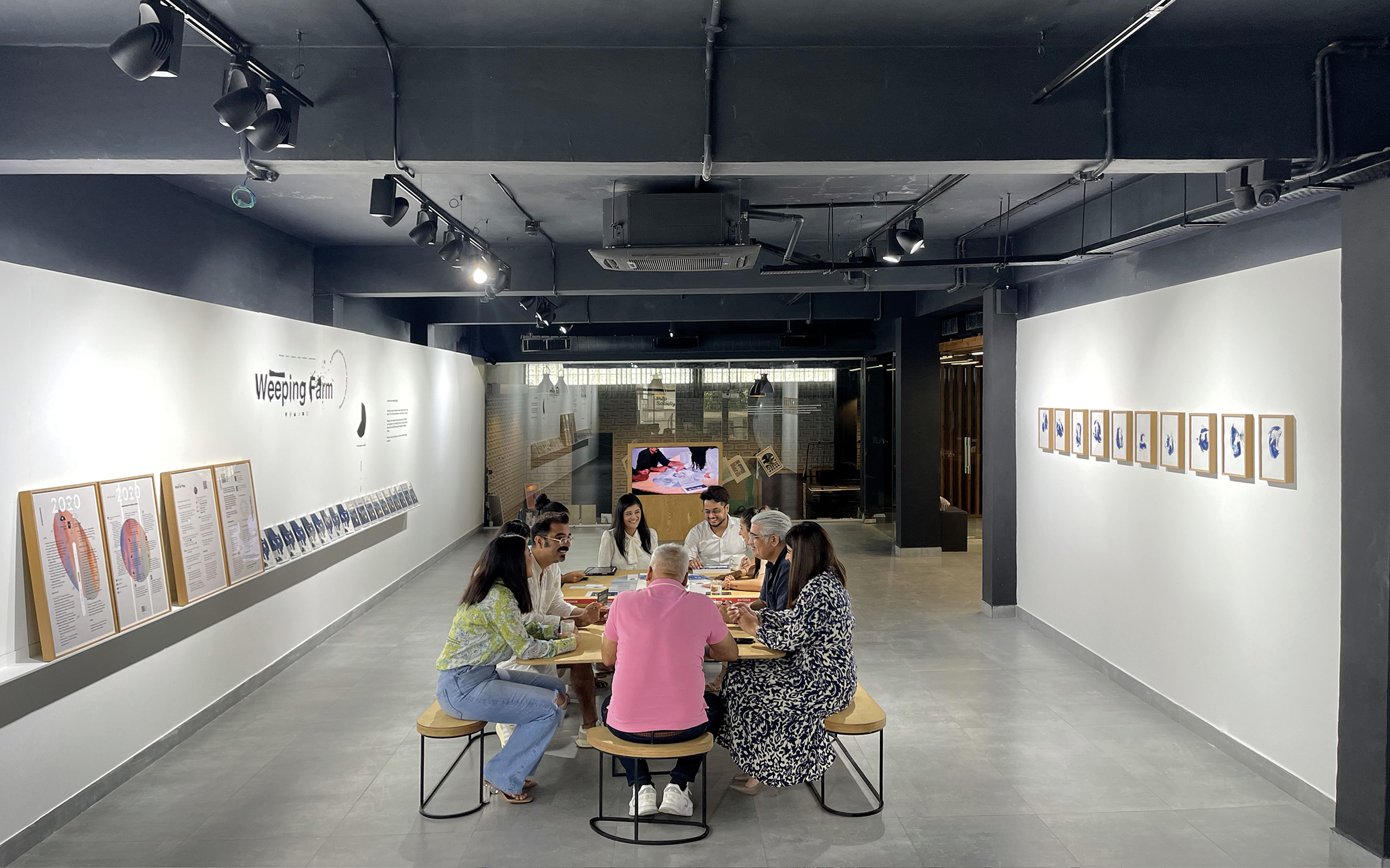 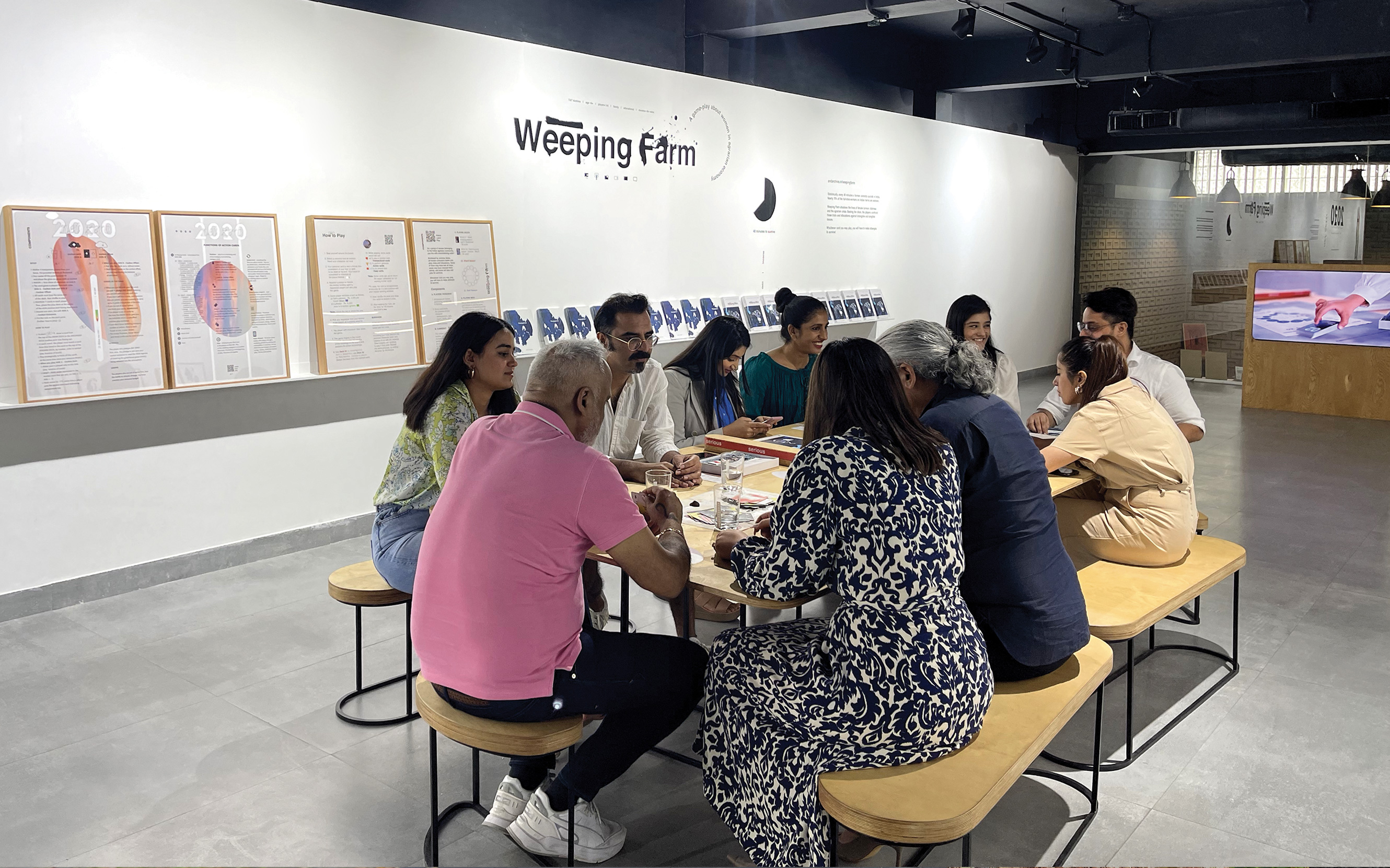 Weeping Farm – 40 minutes for survival. Weeping Farm explores the daily trials and tribulations of women farmers across India. Despite not being legally recognised as farmers, women are equal participants in farm labour. However, with evolving agrarian jurisdictions, privatization, overdue debts, and climate change, farmers face often insurmountable odds in making ends meet. Weeping Farm acts as an intervention to familiarise the players with the realities of rural life.
Each player takes on the character of a woman farmer from across India for two farming cycles – or one year. Periodically, the player will earn a salary in attempts to keep their character out of debt while also being faced with circumstances that place them under financial strain. At the end of 40 minutes, the player with the highest amount of debt is out of the game – signaling how every 40 minutes, a farmer commits suicide.

2030 NET ZERO – A decade to climate consensus and consciousness. 51 billion tons of greenhouse gasses are added to the atmosphere each year. You have to bring it down to net zero. 2030 questions your everyday movements,  habits, what you eat, and how you live, which has caused the unprecedented climate events to occur. Save your resources! Play down your emissions! Balance the global temperature! Act upon climate urgency.

Net Zero is referred to as a state where GHGs going into the atmosphere are balanced by the removal/absorption of emissions from the atmosphere. As a common consensus, everyone is required to prevent adverse climate damages by lowering their emissions by 2030 to reach net-zero emissions by 2050. To get on track to keep the earth’s average temperature from rising, we must pledge “Net Zero”.