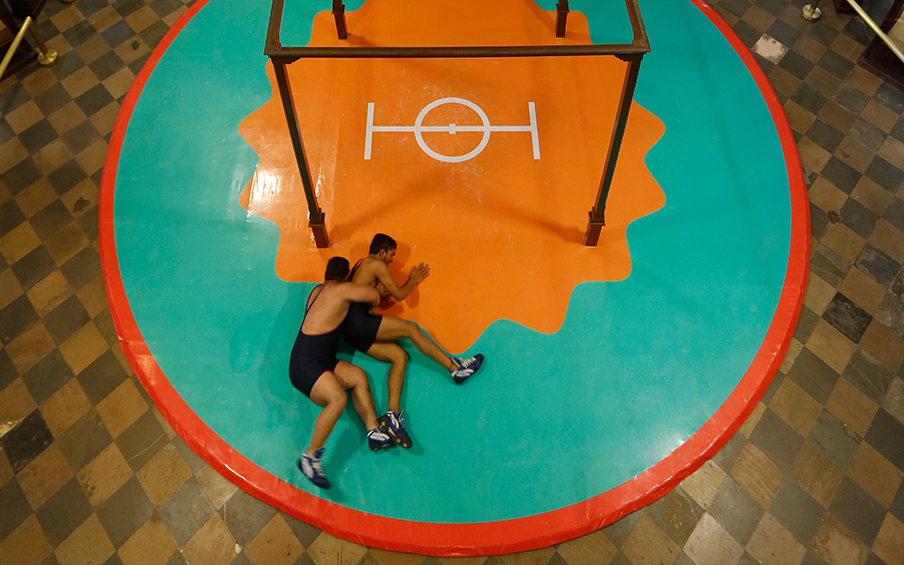 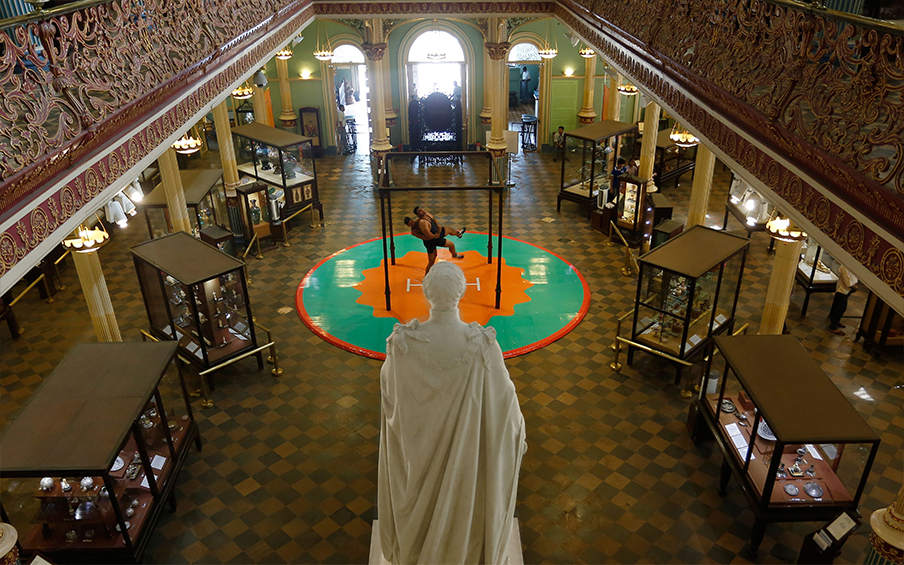 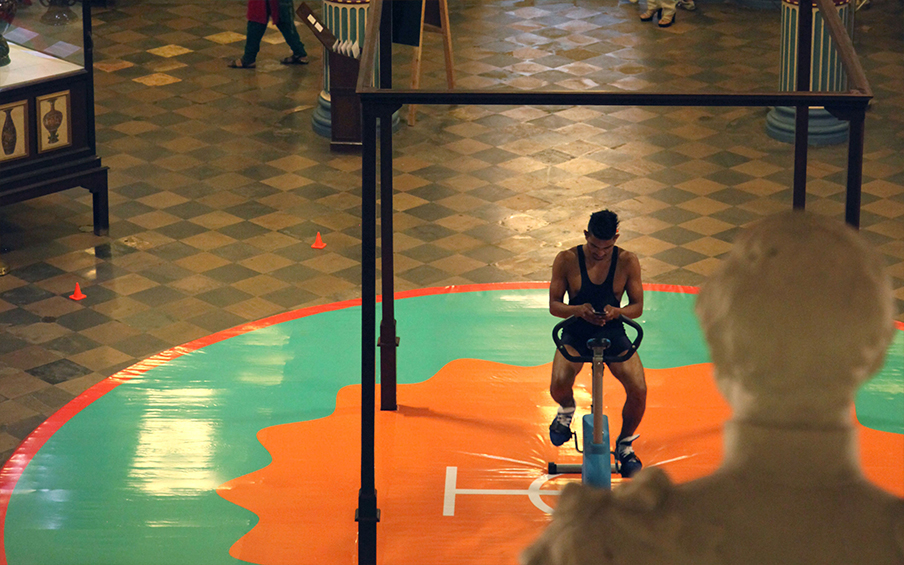 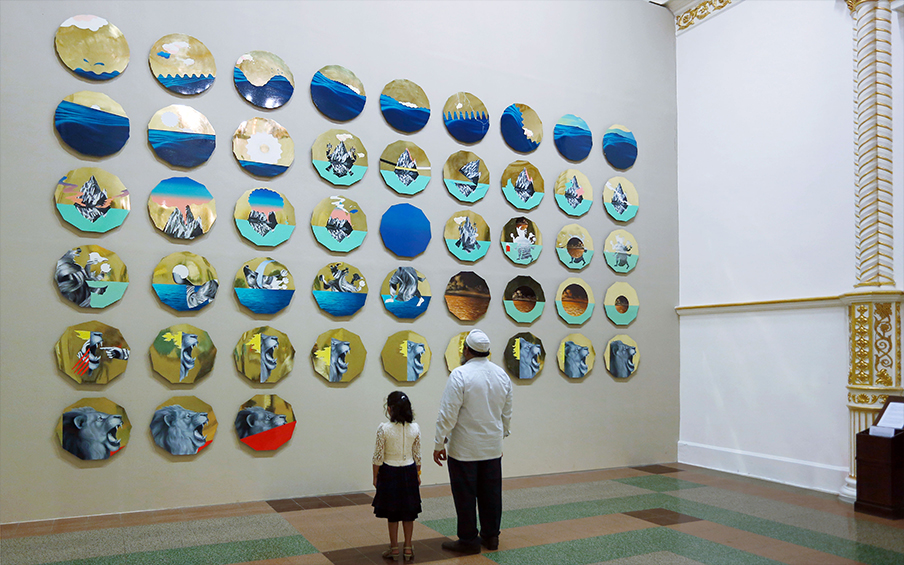 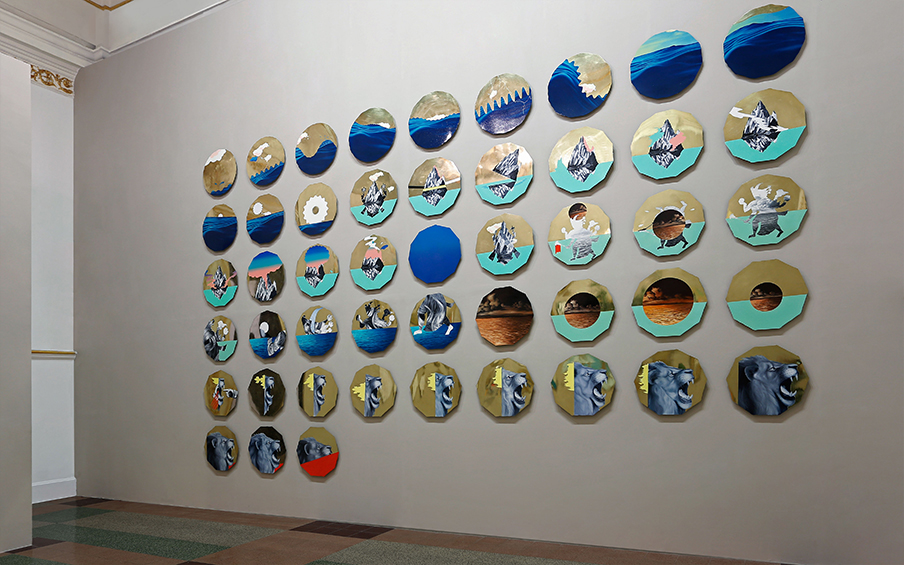 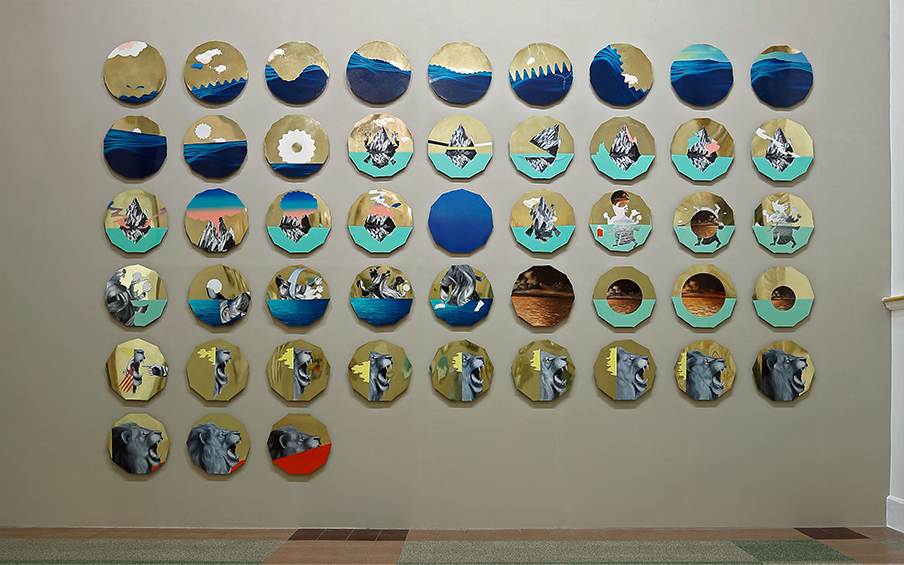 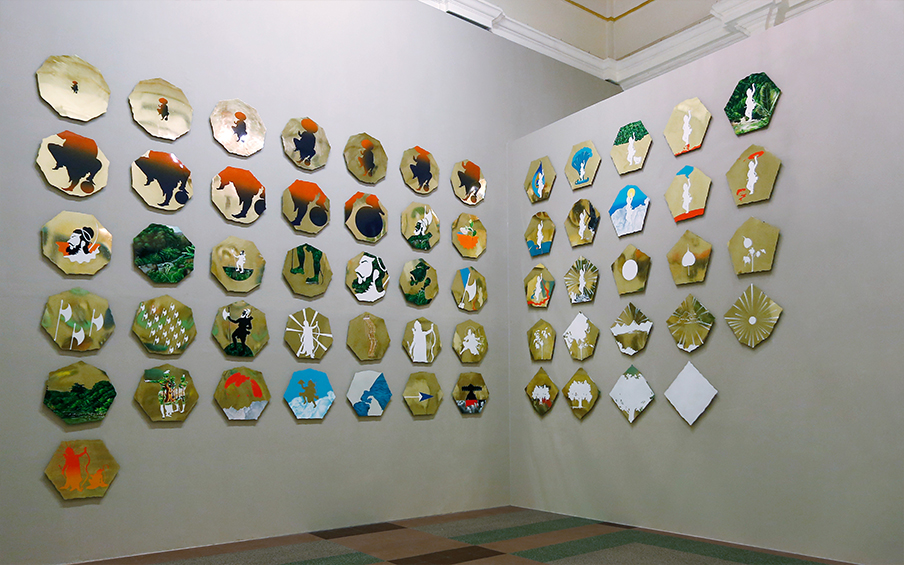 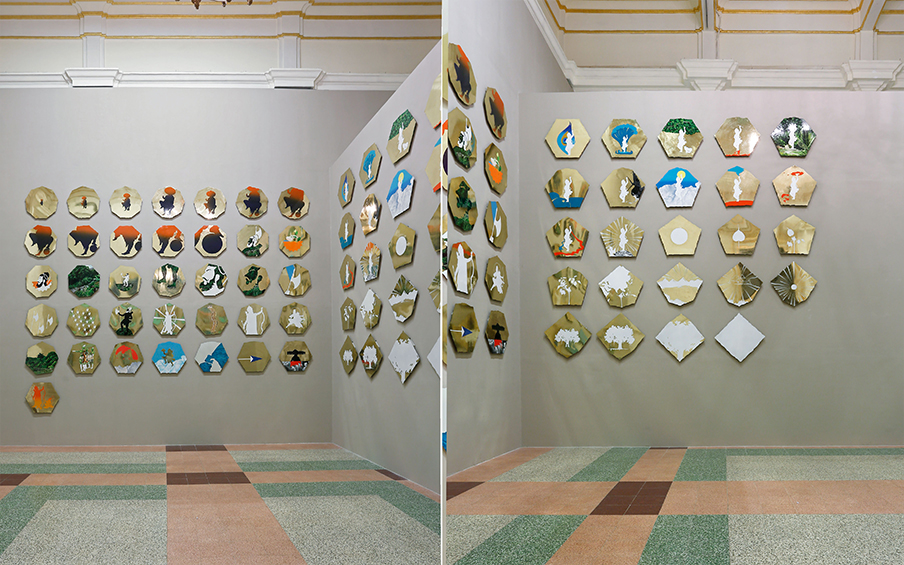 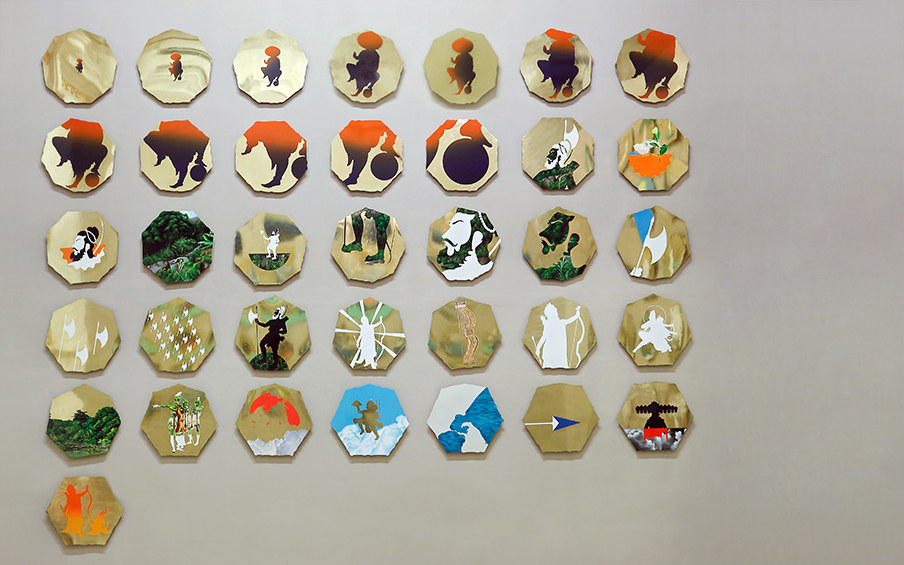 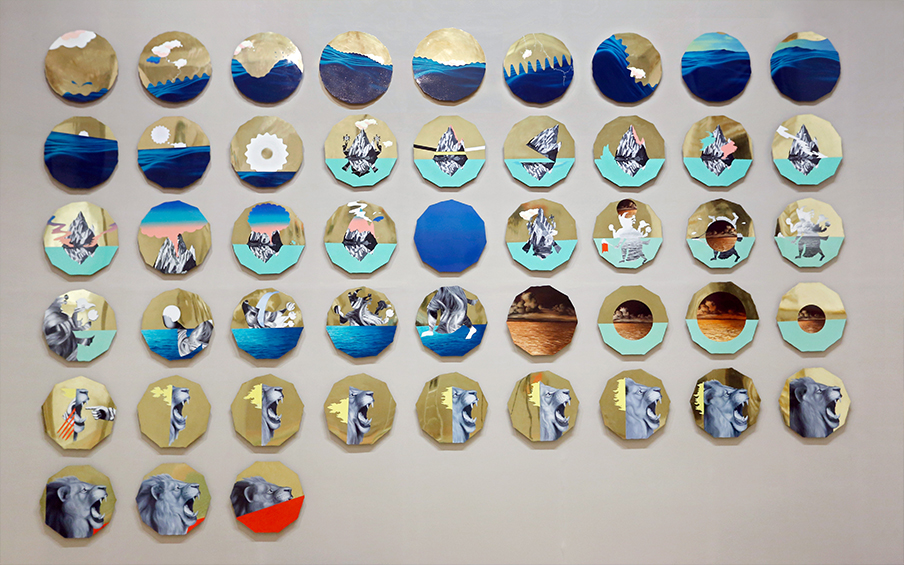 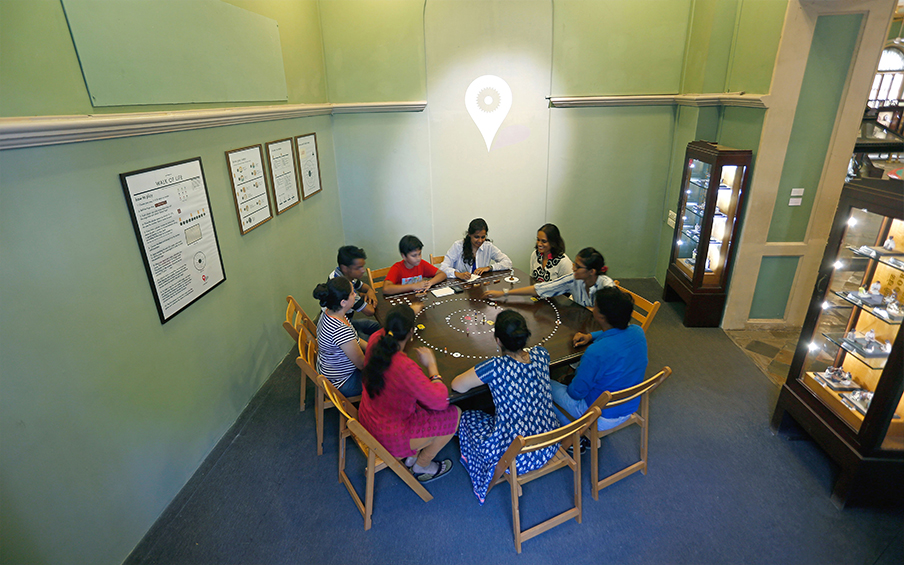 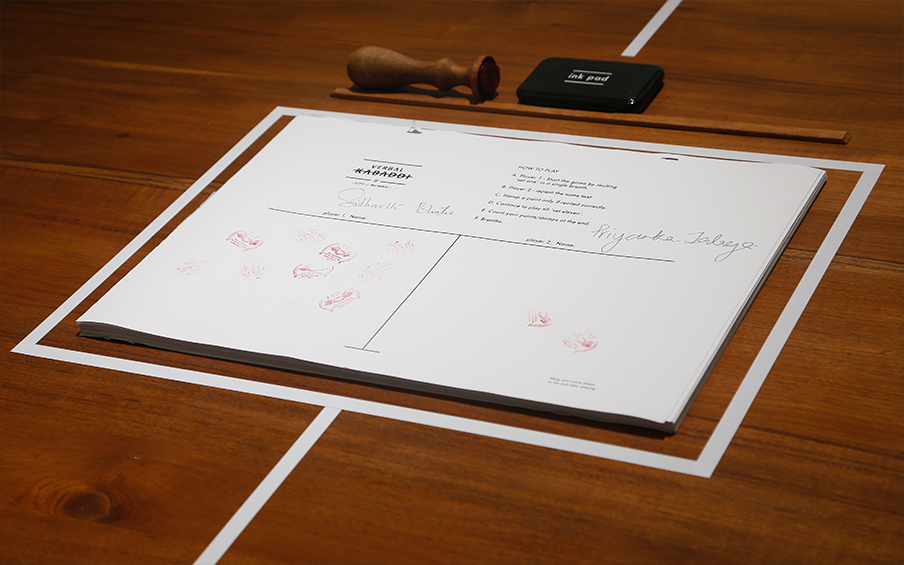 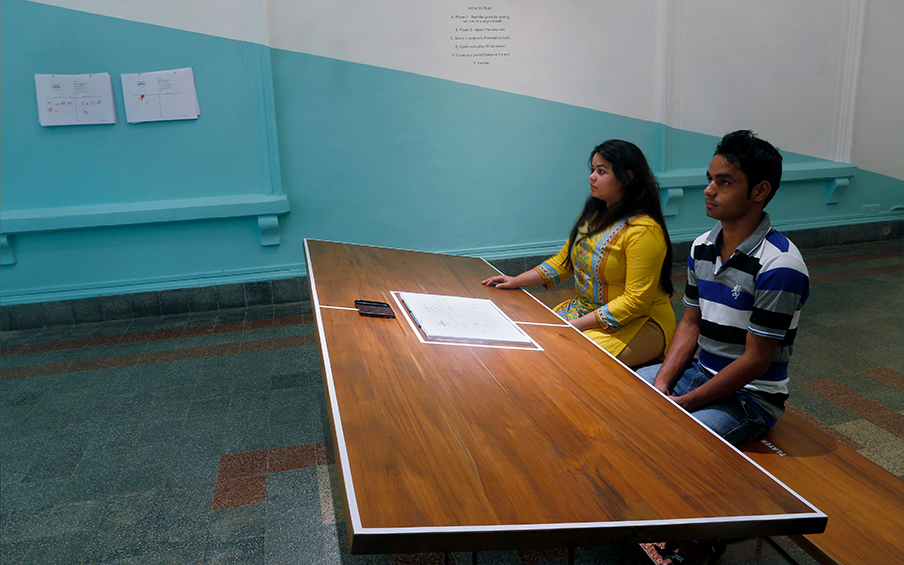 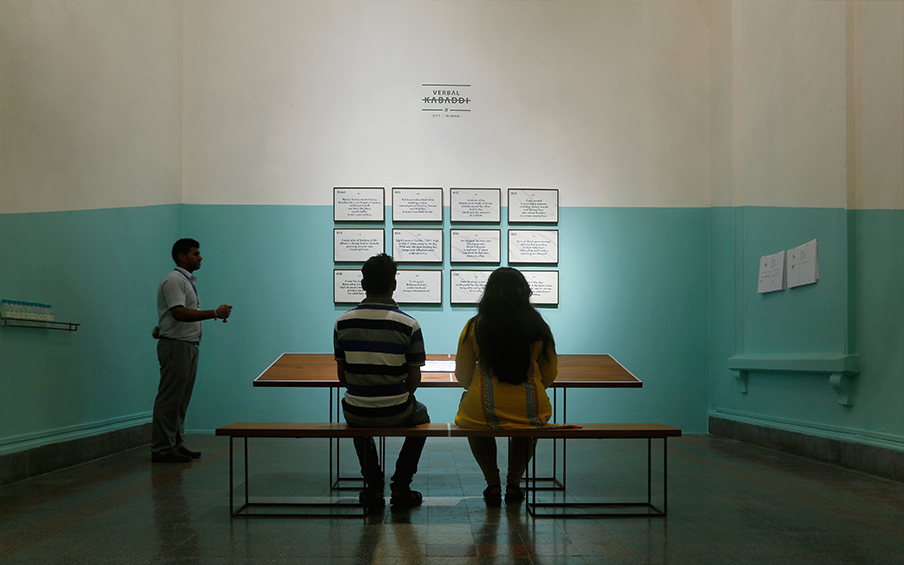 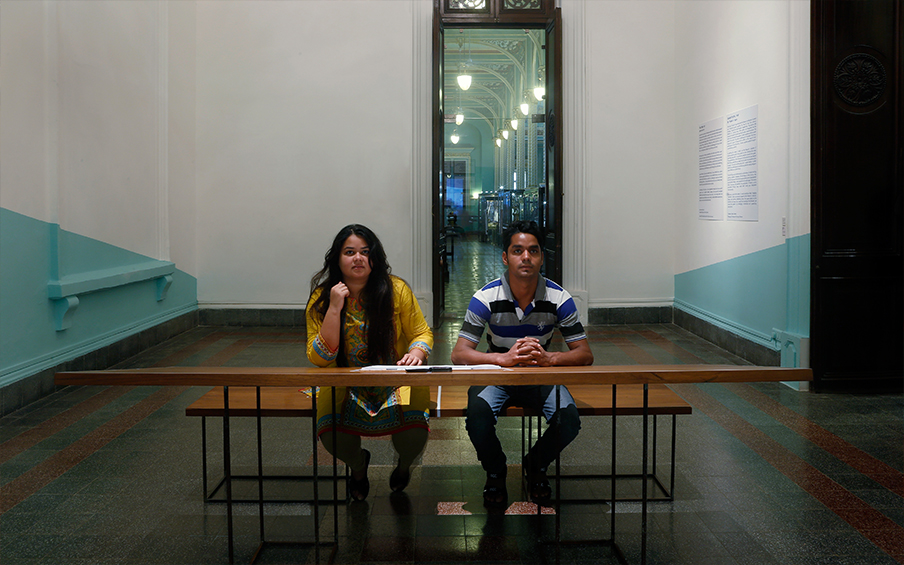 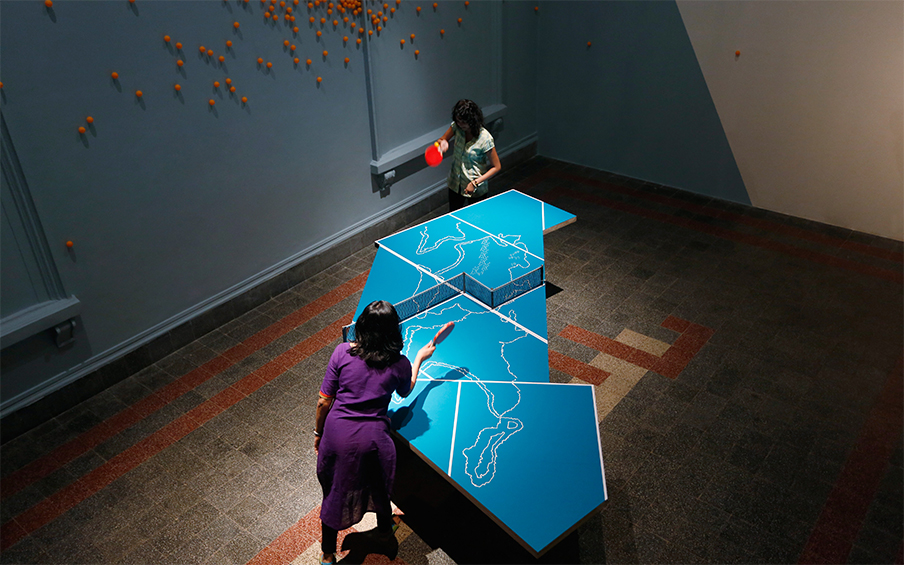 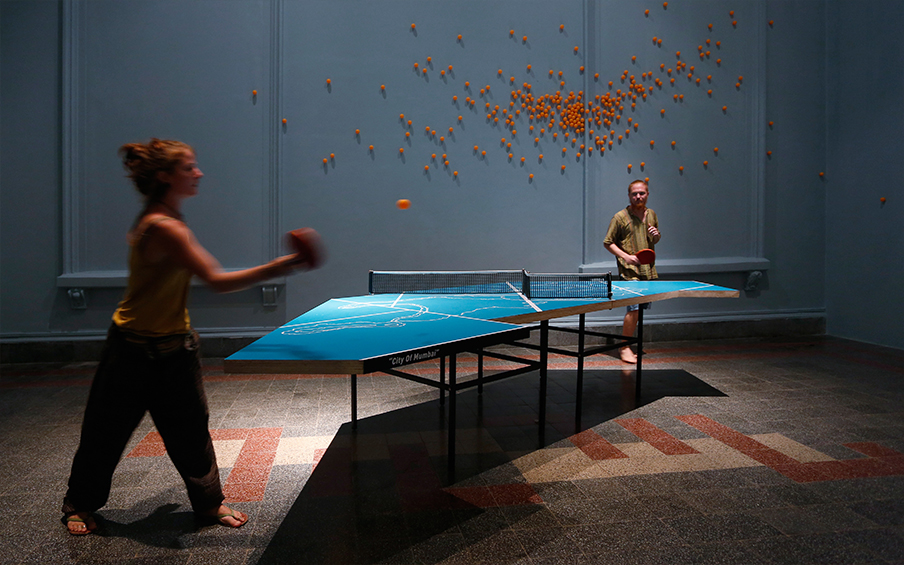 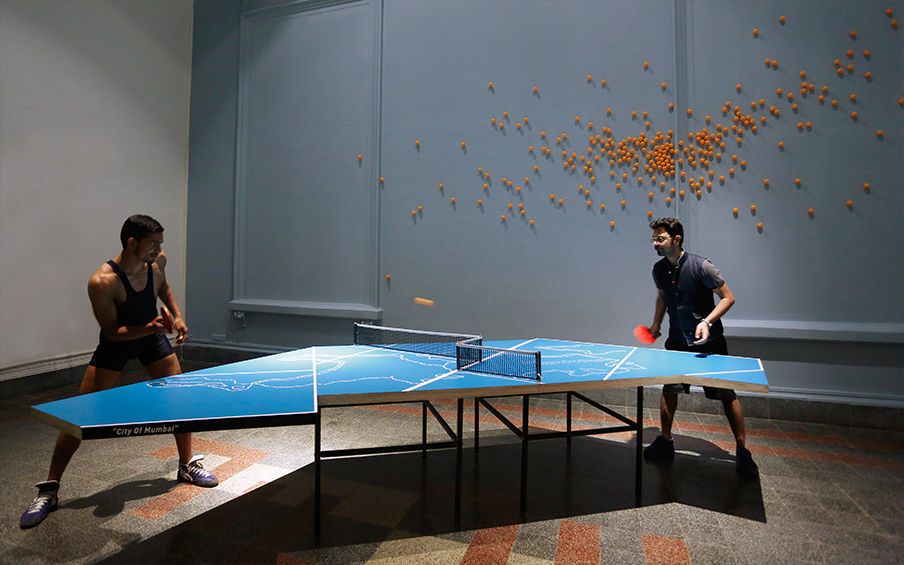 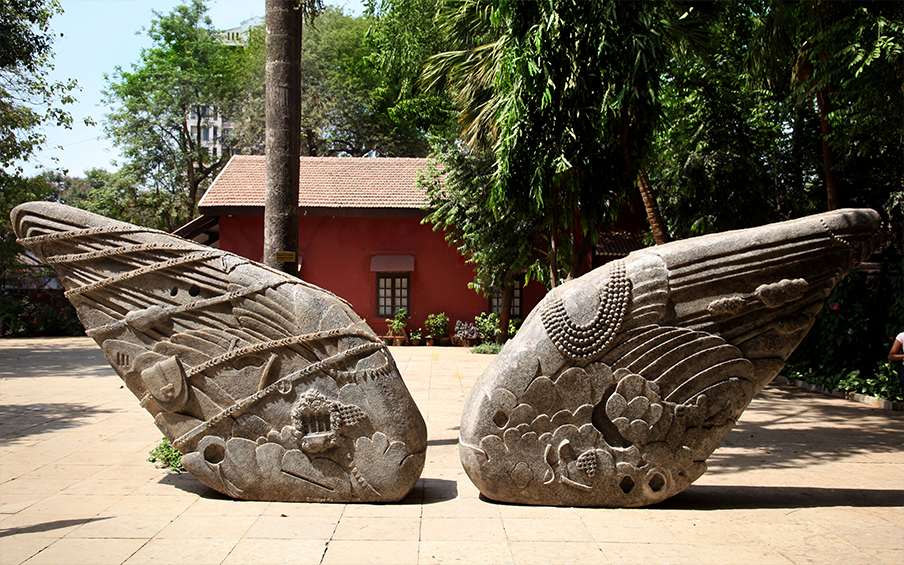 Dr. Bhau Daji Lad Museum presents, Games People Play, an exhibition of new artworks by the
artist duo Thukral & Tagra. This show is part of the series of curated exhibitions titled ‘Engaging Traditions’. Artists are invited to respond to the Museum’s collection, history and archives, addressing issues that speak directly to the traditions and issues that underlie the founding of the Museum, yet evoke the present by challenging orthodoxies and questioning assumptions. Artist duo, Thukral & Tagra draw from the Museum’s collection of ancient and traditional games, exploring the idea of ‘play’ from cultural, strategic, physical and psychological perspectives. They envision the Museum as a gaming arena, where games are categorized into the physical, mental and spiritual, spanning the past, present and future. The artists have reinvented these games to create experiences that are both playful and serious. The viewer is challenged to think about life’s many aspects as a game of chance and to reflect on the nature of their participation in both life and art. The work explores tradition through a contemporary sensibility.

The exhibition of new works by the artistic duo Thukral & Tagra responds to the museum’s collection and space, exploring the idea of “play” from cultural, strategic, physical, and psychological perspectives, with the title “Games People Play.”

The artists interpret “life” from various perspectives, exploring the significance of different types of games, both formal and casual, reinventing them to create experiences via a competitive environment that often involves the viewer and causes him or her to reflect on the nature of their participation in both life and art.
The artists will envision the museum as a gaming arena or stadium, where the games are categorized into the physical, mental and spiritual, spanning the past, present and future.
With these, Thukral & Tagra continue their exploration of the relationship between art and play by reinventing rules and creating environments away from the usual art practice of making paintings and sculptures. Specifically, the artists have conceived five new works with which the visitor to the museum is invited to participate:

1. The Walk of Life
The game is built upon the ancient Indian game called Ganjifa, Originally played with a set of 120 cards, the artists have turned it into a board game that depicts Dushavatar, the ten earthly incarnations of the Hindu god Vishnu. The avatars can also be considered as the evolution of mankind: from fish, to reptile, to mammal, to human, to deity. The game aims to impart the meaning of life to those who play it, in effect by paying off one’s ‘debts’ and equalizing one’s ‘scores,’ which are recorded on the card of Karma.
The artists have used the original sets of Ganjifa cards found within the museum’s collection as the inspiration for a series of new paintings which will be displayed in the first floor galleries. Elaborating each of the ten avatars into 12 paintings of abstract symbologies, a total of 120 paintings on shaped brass plaques narrate the evolution of life.

2. Verbal Kabaddi (City of Mumbai version)
The idea is to create a participatory work which is meditative, challenging, and cerebral. The artists create a verbal version of kabaddi, setting it in an indoor environment, replacing the physicality of wrestling bodies with tongue-twisting texts to be read in a single breath.
While maintaining the sanctity of the ancient game by combining physical and mental strengths, the participants recount the history of the city of Mumbai, each player competing with his opponent by reciting the given sets of texts. A demanding sport of endurance is transformed into an exercise in concrete poetry, agility and perseverance still being essential.

3. The Vitrine
The open space at the center of the ground floor of the museum is transformed into a performance arena. The artists insert “real life” into the museum’s collections by erecting a life-size vitrine in which various activities and competitions will be staged throughout the course of the exhibition. With the simple thought of bringing action and movement into the static space of the museum displays, a series of exercises that combine the physical and the mental will be performed within The Vitrine:

The exercises will be performed by both museum volunteers and visitors, furthering destabilizing the divide between employees and viewers, objects housed by the museum and the subjects who are viewing them.

4. The Game of Table Tennis
The British ruled the game of table tennis, invented as an indoor version of lawn tennis. A parlor game which became popular in the18th Century, it is still played in schools around the world and is an Olympic sport. The artists re-design the game so as to be more appropriate for our contemporary times and contemporary dilemmas.
The game is a constant flux of strategies and tactics between the opponents who strike an uneasy balance of skill, knowledge and energy. Utilizing history, the original map of Bombay’s seven islands is re-calibrated to become the shape of the table, reminding us how both the land and the people of India were adapted to fit into the British version of rules and by-laws of many different types of games.

5. The Stone Wings
One of man’s most primordial dreams is that of flight. The artists have created a giant pair of wings that can be worn by anyone, anyone who steps in between them to have their portrait shot, sculpture rendered as photo-opportunity in the age of the Selfie. Appearing as ancient monoliths, these wings symbolize the potential of dreams for each individual, the potential for the mind to take flight when it encounters the treasures within the museum.

6. A film by Thukral and Tagra Studio

Sound Design by Arjun and Raghav

Many thanks, BDL team