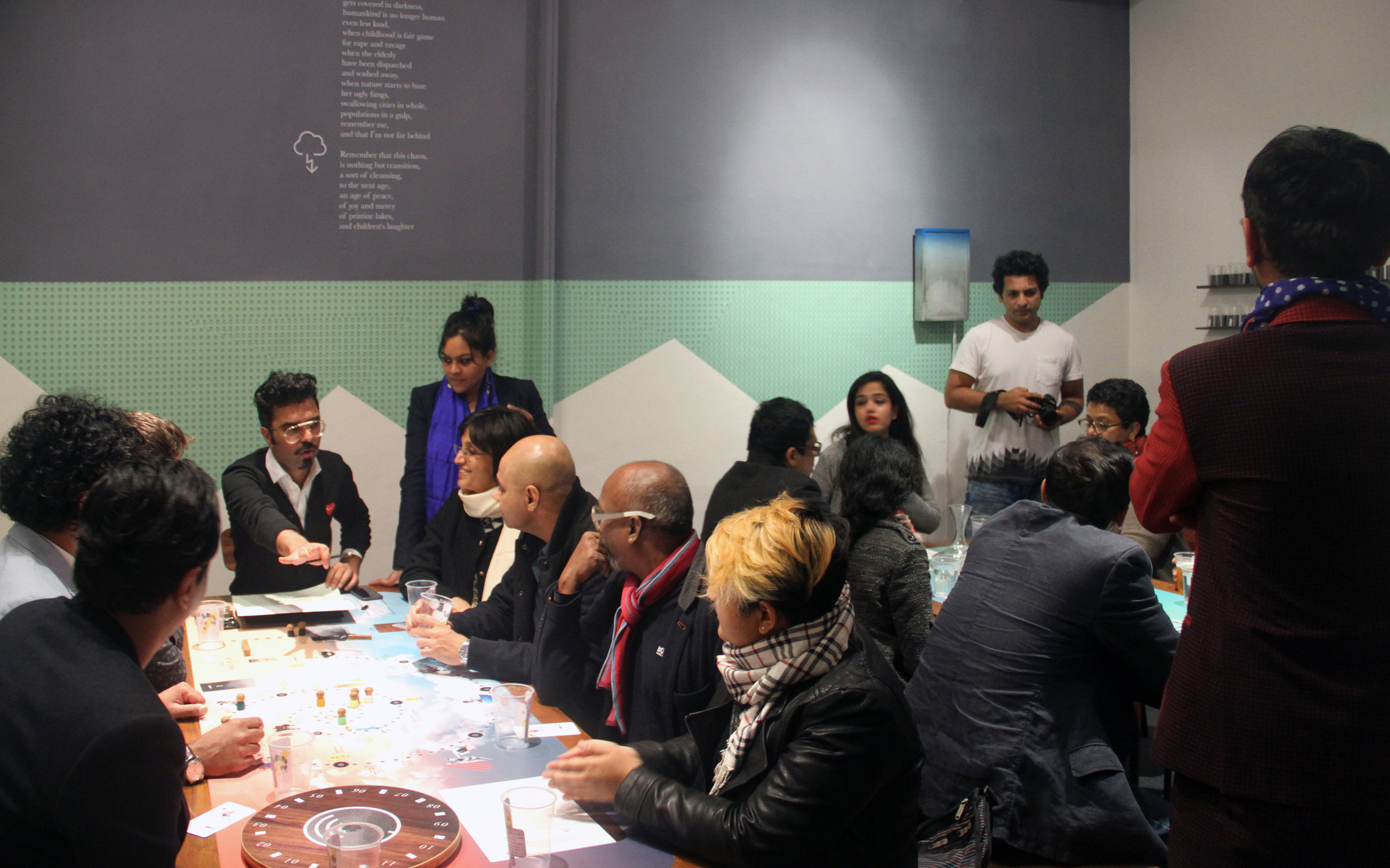 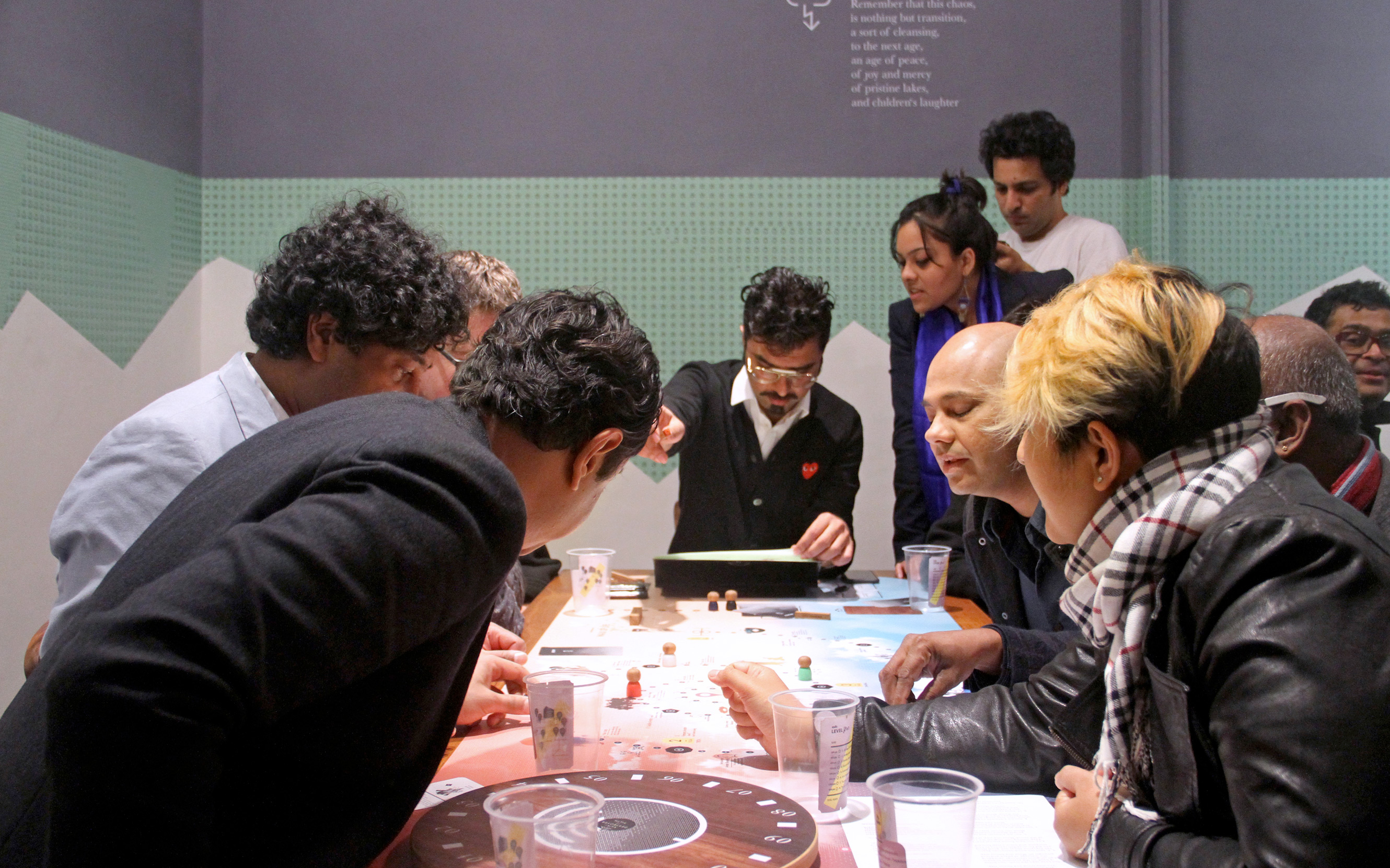 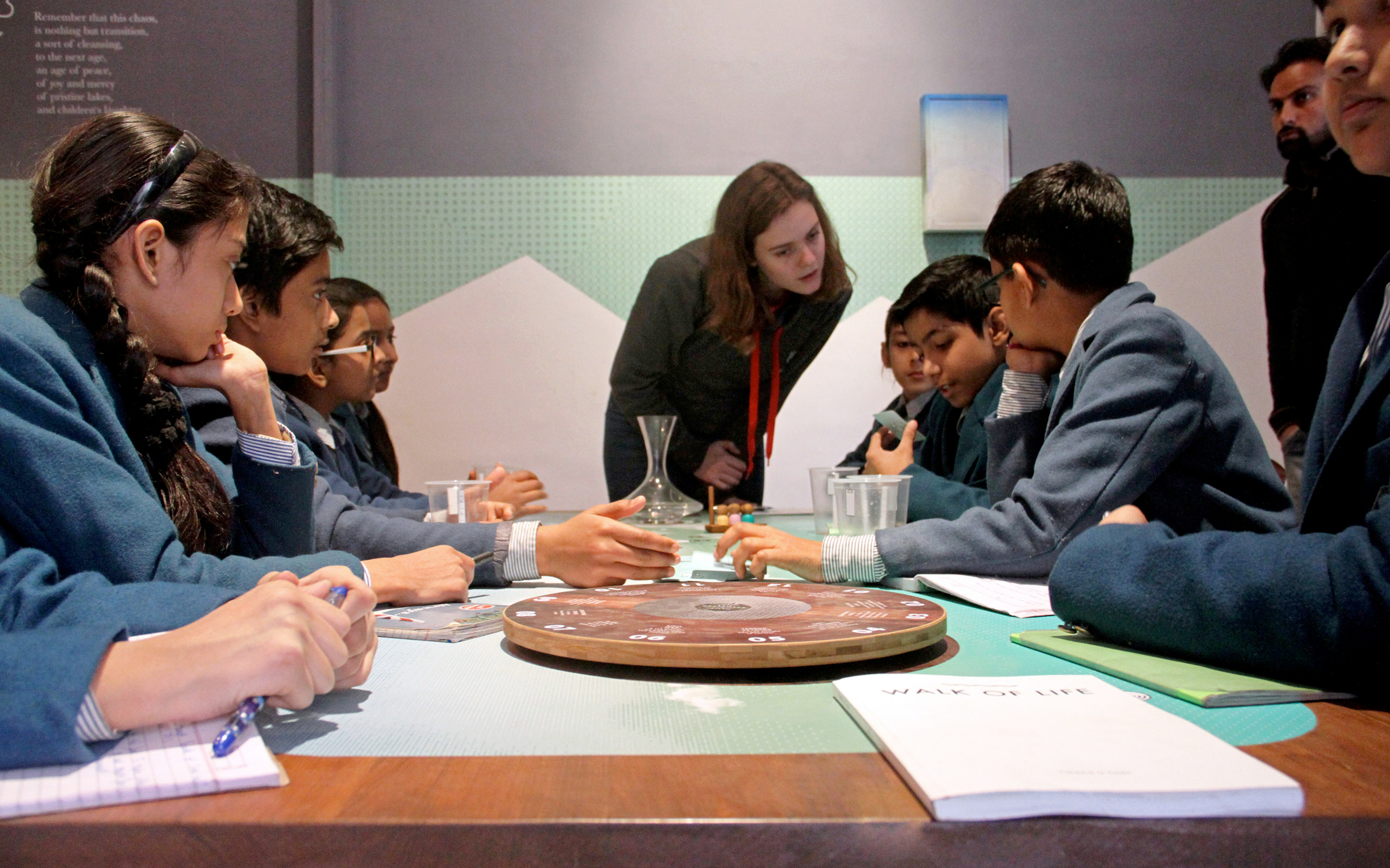 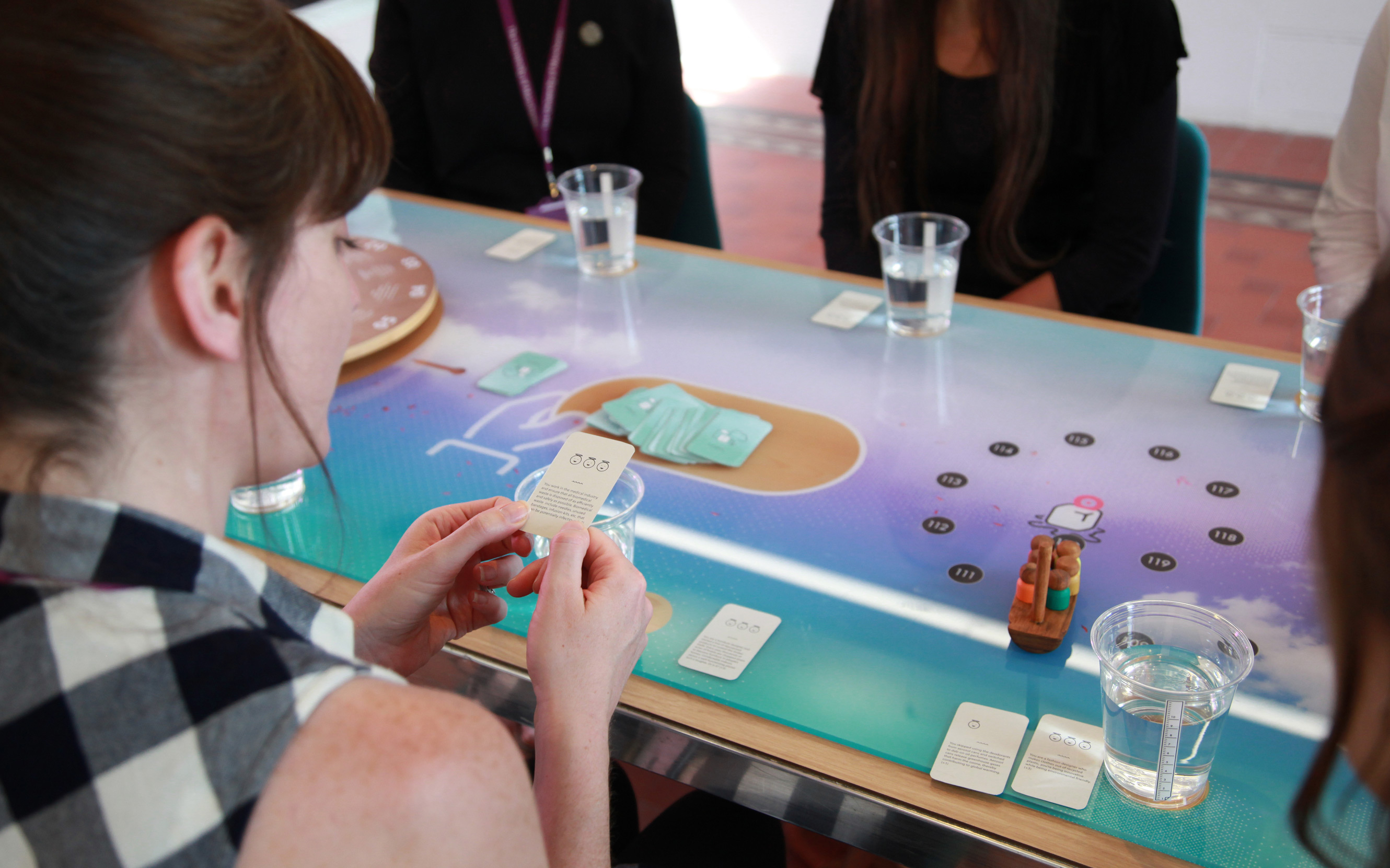 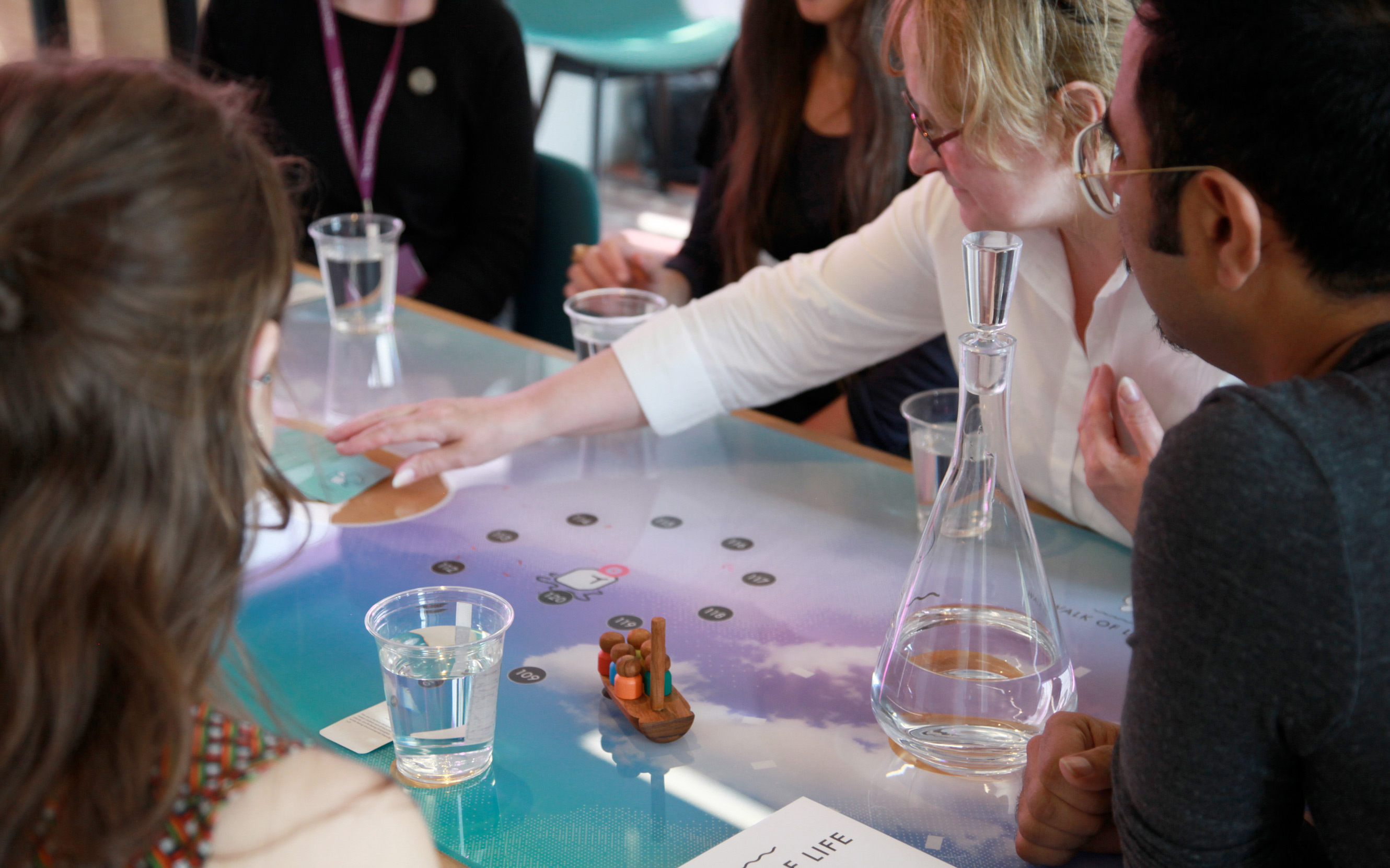 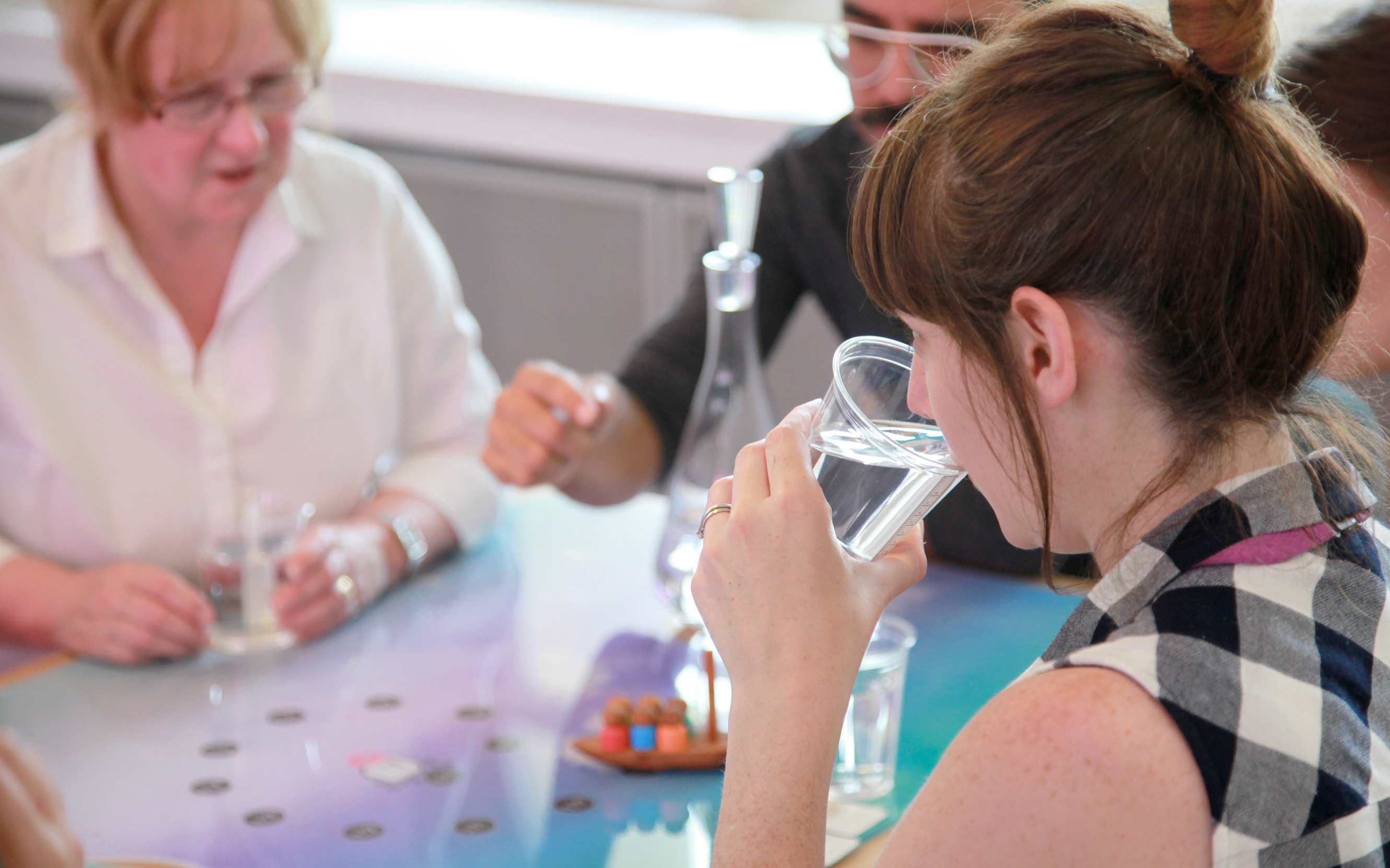 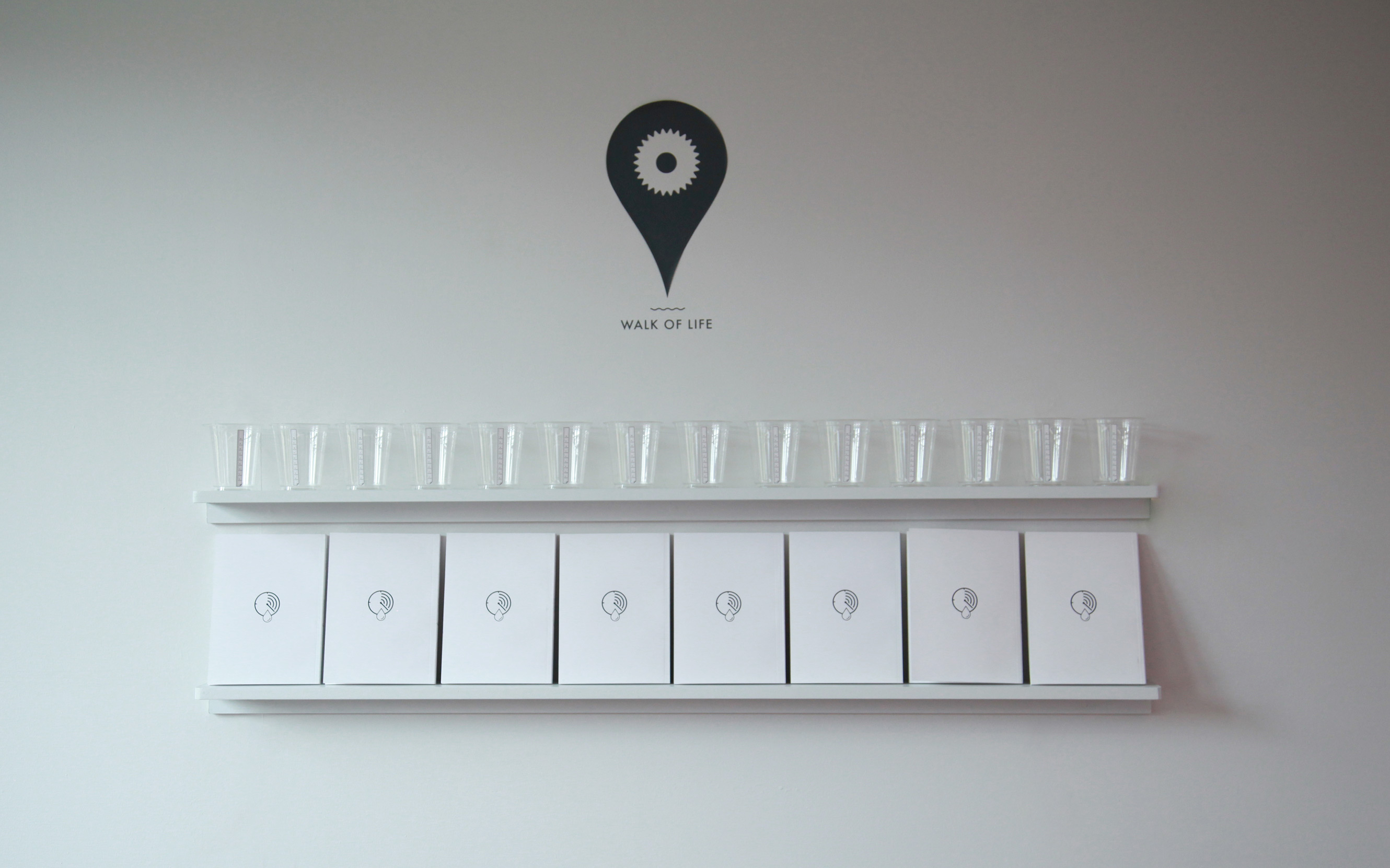 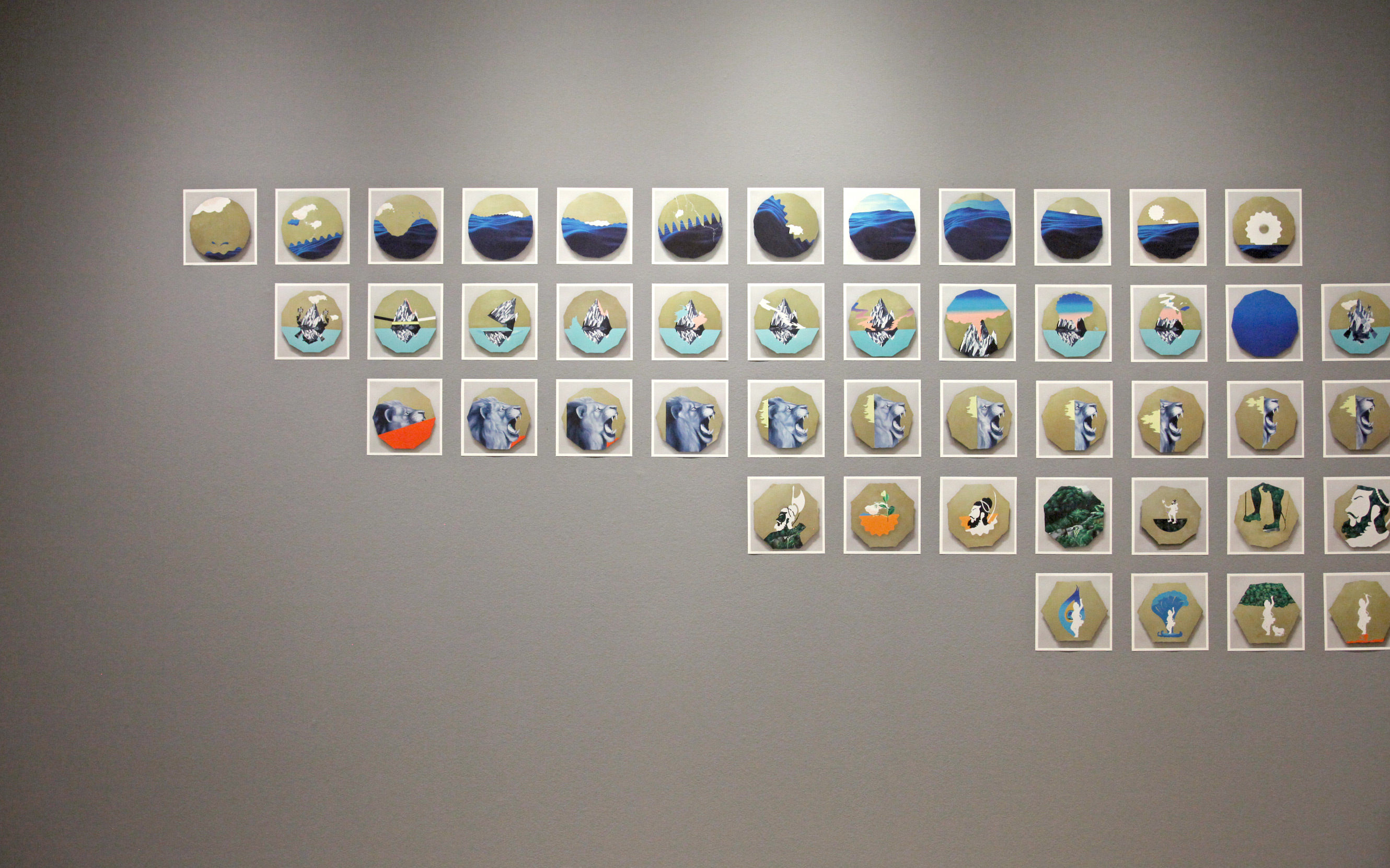 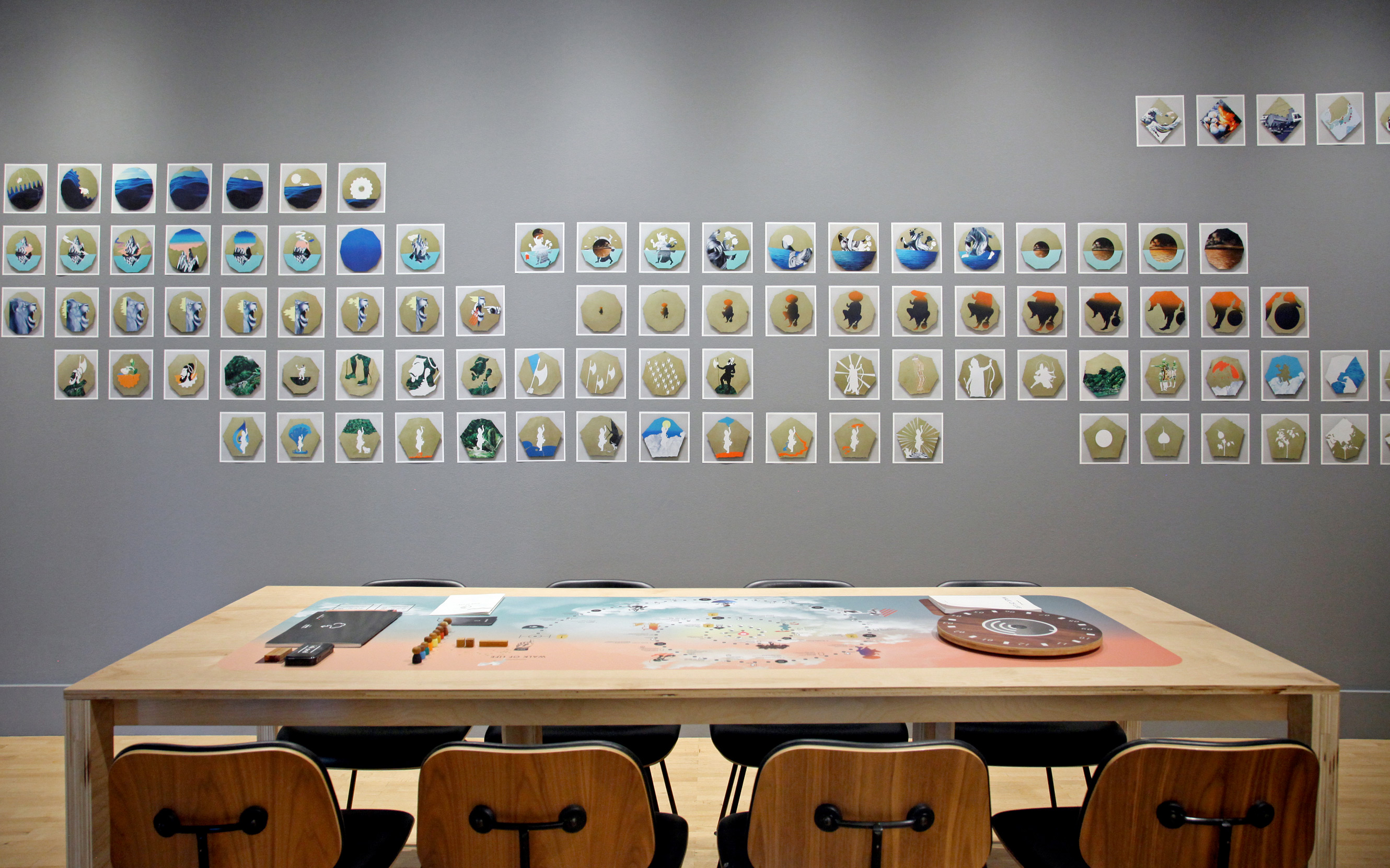 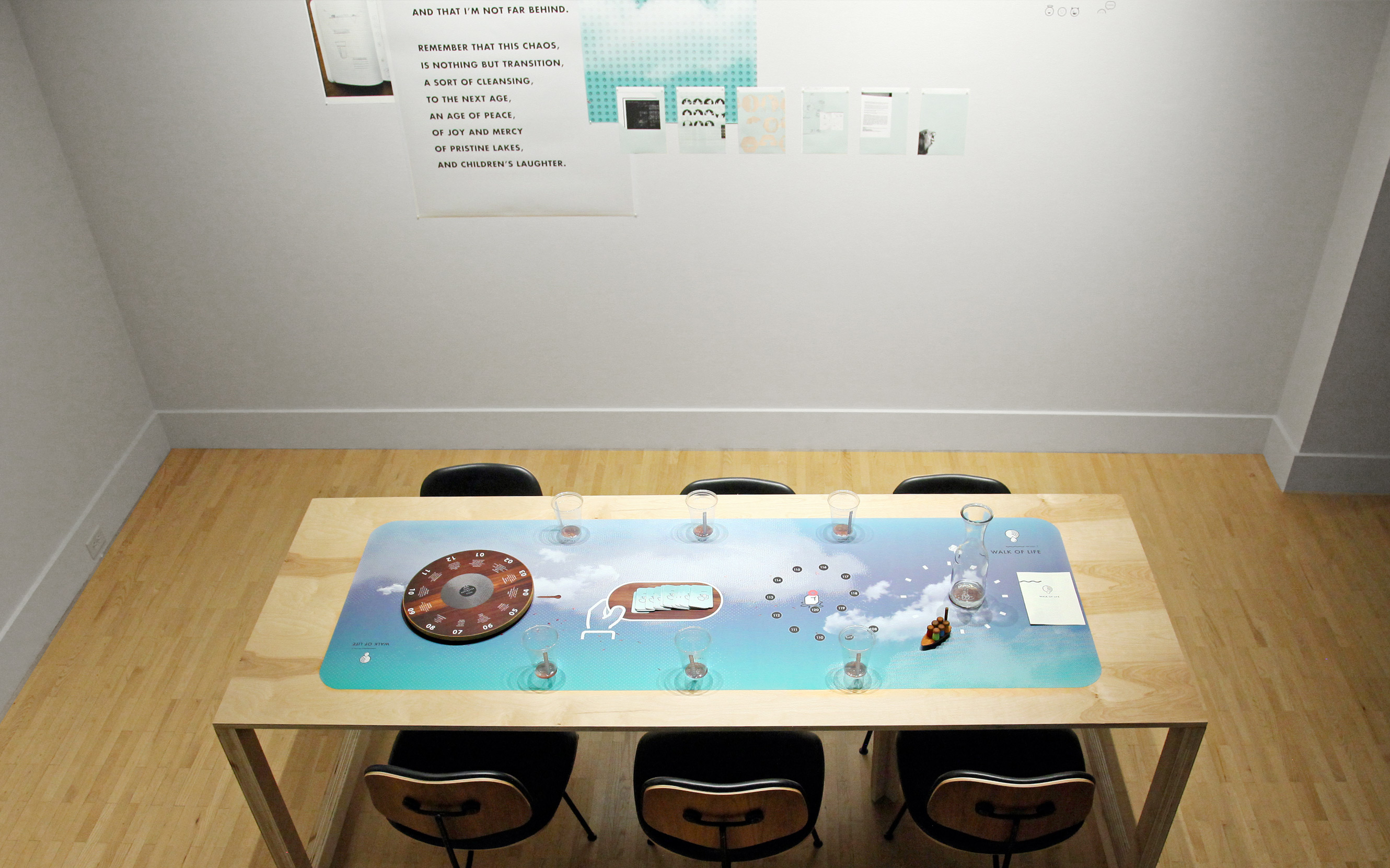 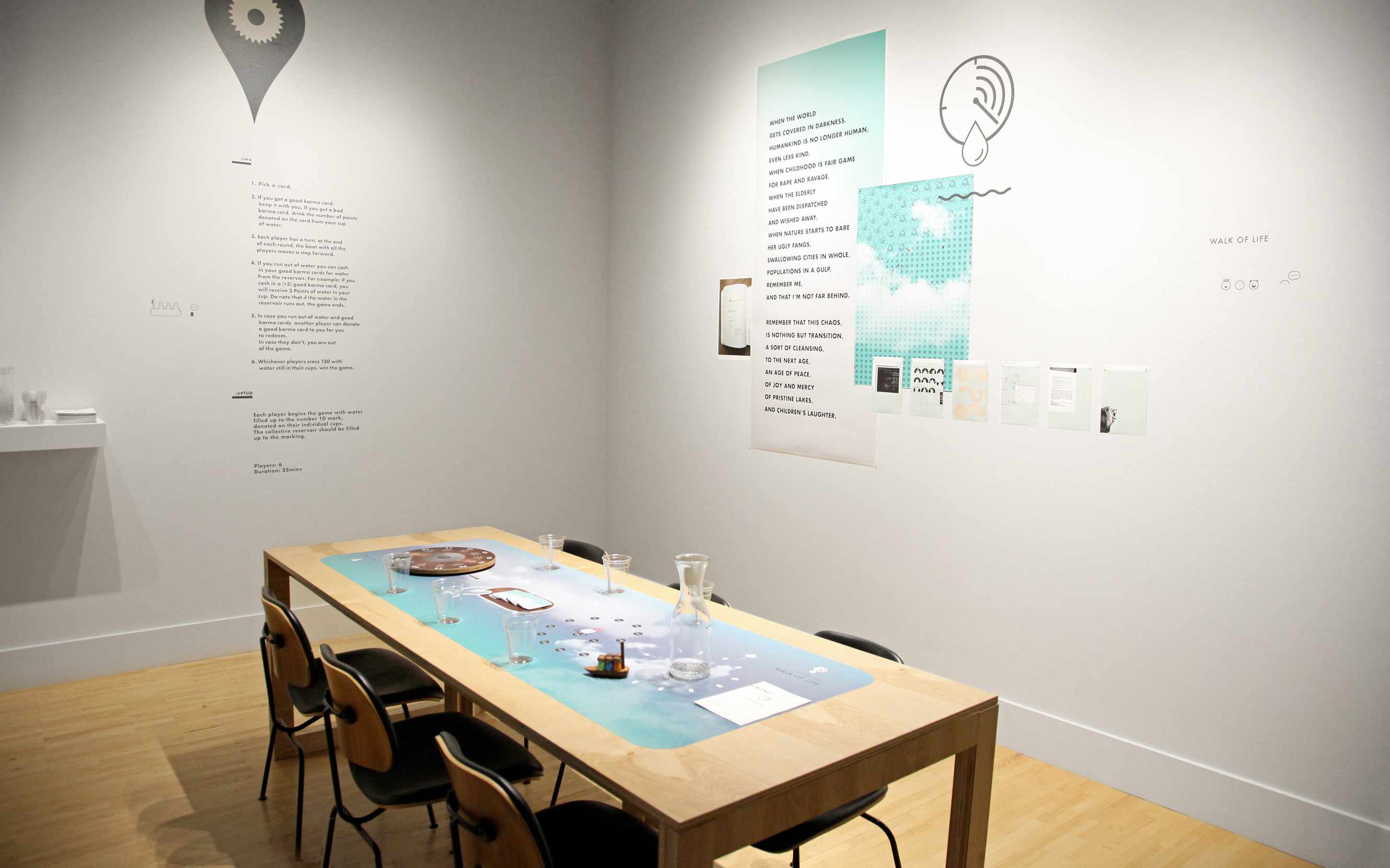 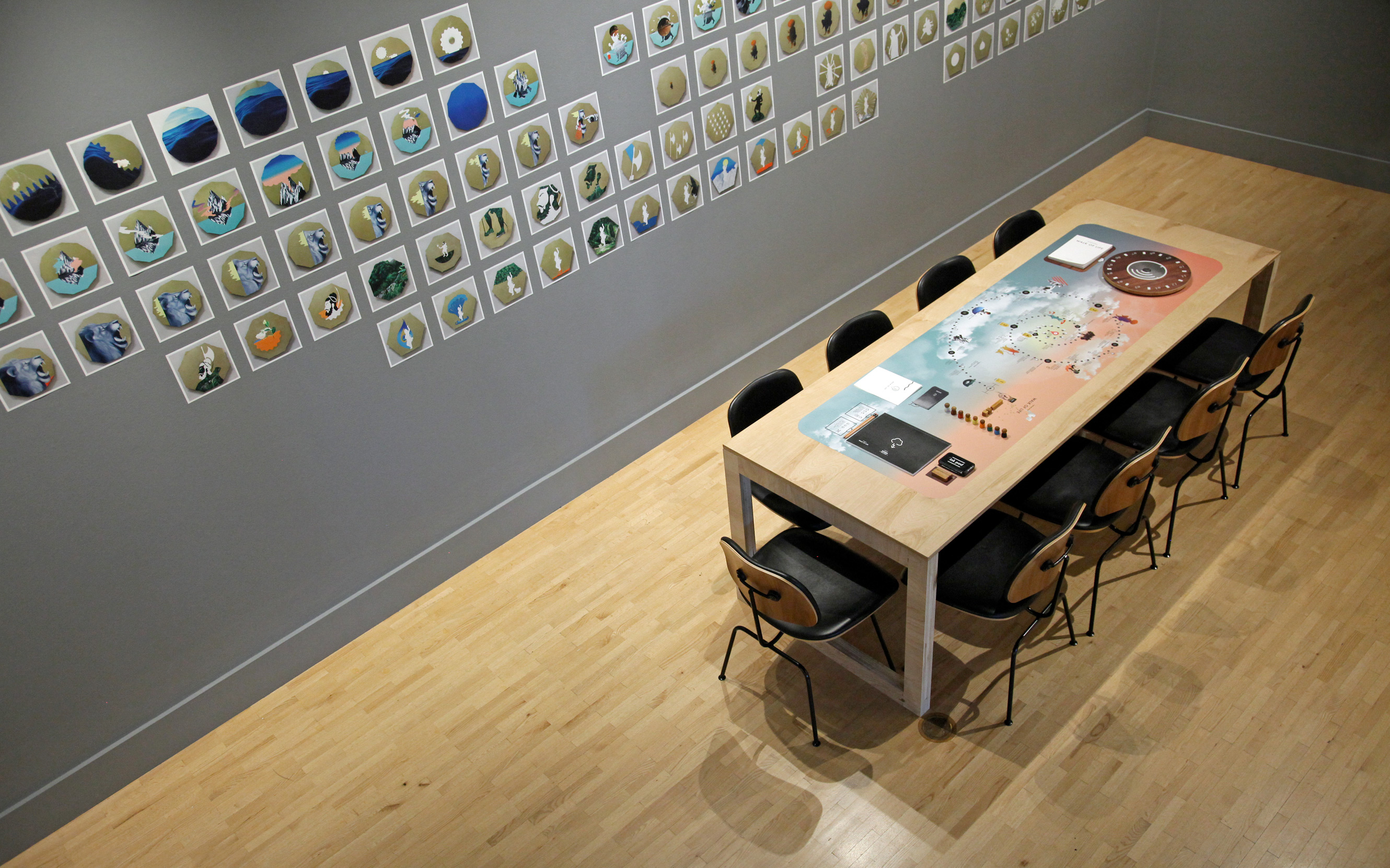 Thukral & Tagra explore the idea of ‘play’ from a cultural, strategic, and psychological perspective, with a project called “Walk of Life.”

The Walk of Life game is built upon the ancient Indian card game called Ganjifa, originally played with a set of 120 cards, the artists have turned it into a board game that depicts Dushavatar, the ten earthly incarnations of the Hindu god Vishnu. The avatars can also be considered as the evolution of mankind: from fish, to reptile, to mammal, to human, to deity.

The game is played in the kali yuga, the most evil and decadent of all yugas. Based on the idea of water conservation walk of life version 2 is a journey through the kali yuga dealing with real events of todays time.

Water has been used to symbolize ‘life’ throughout. The game is based on 12 rounds of collective decision making between the players in order to conserve as much water in the finite collective reservoir as possible in order to win the game. The game is mirrored around today’s society and aims to impart knowledge about our limited resources of water and bringing about effective steps to save the world. It involves individual and collective decision-making replicating the way a community works. The narrative through the game, brought about through karmas that are given to players in the form of cards based on chance is based on real life events and situations making it relatable for the players.