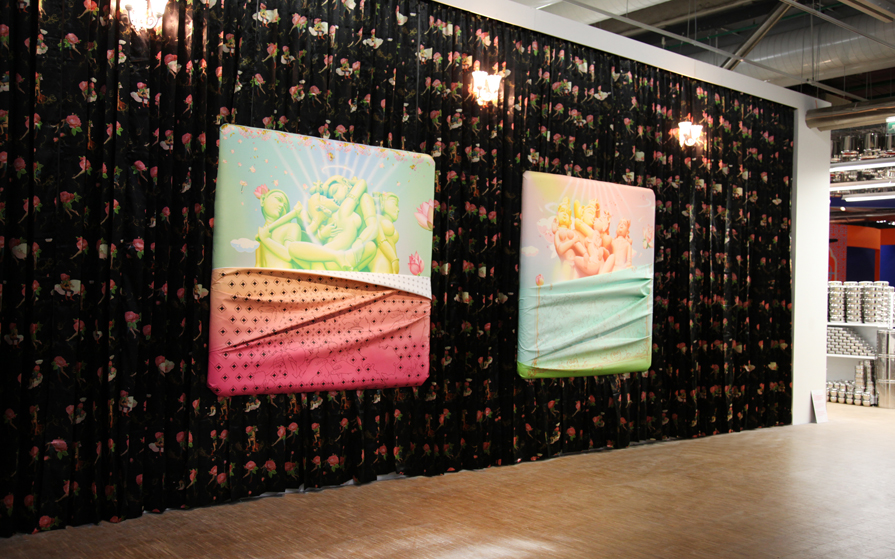 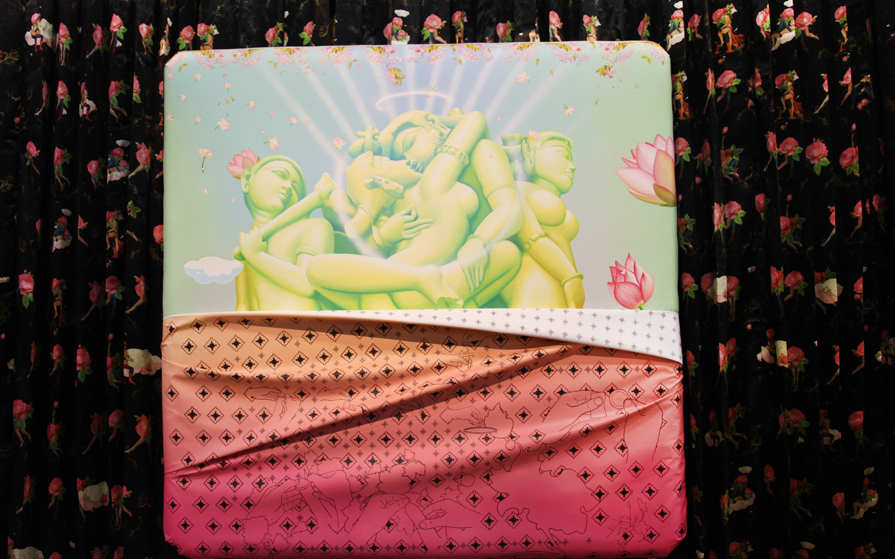 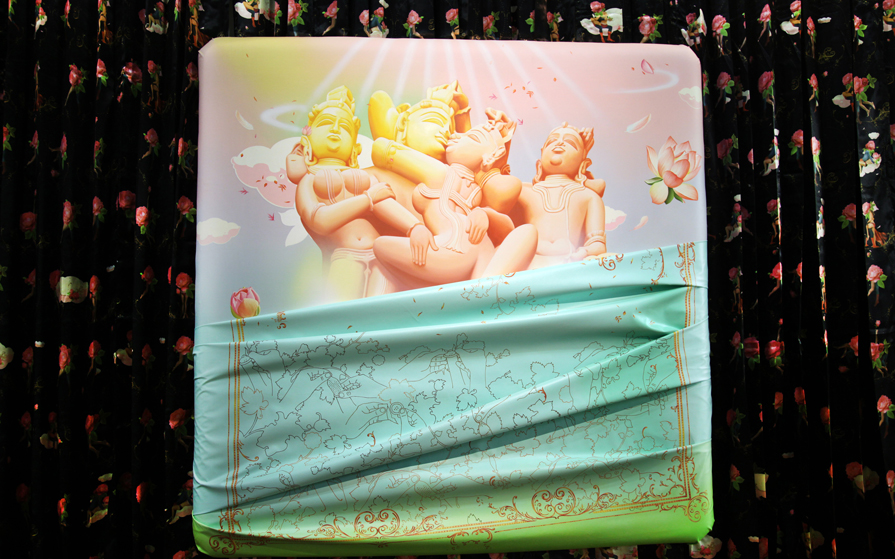 The Centre Pompidou is to present a major exhibition that explores Indian society through the eyes of Indian and French artists. The fruit of an unprecedented Franco-Indian collaboration, Paris-Delhi-Bombay is intended to promote communication between the two cultures, establishing new and lasting links. Taking the form of a unique confrontation of perspectives, this pioneering project draws on the experiences and visions of creative artists: how is India seen by Indian and French artists?

More than fifty artists offer their take on the profound changes being undergone by Indian society, looking at questions of politics (the foundations of democracy, the issue of partition, the rise of the middle classes), belief (religion, spirituality…), identity (national, regional, sexual, caste…), urban development (rural exodus, growth of the megalopolis), craft production (tradition and modernity, cultural heritage and contemporary technologies) and domestic life (family, marriage, women’s emancipation, cookery…). Indian and French artists cast new light on the India of today, offering their own interpretation of this complex society. For most of the French artists invited to participate in this exhibition, their involvement in the project was what took them to India for the first time. More than two-thirds of the works were produced specifically for this event, novel contributions to a stimulating and surprising debate. With its exciting and rapidly expanding art scene, India is the largest democracy in the world, a new economic actor of the first importance on the world scene, and the second most populous country on the planet. As such, it is the object of enormous interest to French and European publics, often generating great passion, yet it remains a distant land but poorly understood. The goal of Paris-Delhi-Bombay is to bring these two cultures together through their artists, and in so doing to cast a new light on this young, fast-growing society and its dynamic contemporary art scene. Leading Indian and art historians and curators as well as sociologists, political scientists, philosophers and anthropologists from the two countries have worked together on this project, the artists too drawing on their input.

With meetings organized in France and India, several years of discussion and research have gone into developing the intellectual framework now offered to the public through the written and audio-visual documentation that accompanies the exhibition. At the same time, a major programme of lectures, performances and screenings will offer a look at certain themes in greater depth.

THREE QUESTIONS TO ALAIN SEBAN, PRESIDENT OF THE CENTRE POMPIDOU

Question : What is different about this exhibition about India?

Alain Seban : It’s a completely unprecedented project. There have been shows devoted to the contemporary Indian art scene, both in France and abroad. But to really take the measure of the phenomenon of artistic globalisation, something new was needed. That’s why, in 2007, I launched the idea of a major exhibition that would bring the contemporary Indian art scene into dialogue with the contemporary scene in France. With globalization, we are seeing not only the proliferation of centres of artistic production but also the possibility of real inter-cultural dialogue. To help promote this dialogue, to establish communications through a highly original project bringing together Indian and French artists, this was an inspiring goal.

Question : Does it form part of the “Paris” series of exhibitions?

Alain Seban : In imagining the project I was thinking of the “Paris” series of flagship exhibitions: “Paris–New York” in 1977, “Paris–Berlin” in 1978, and “Paris–Moscow” in 1979. Launched by Pontus Hulten in order “to situate Paris in the circulation of ideas,” those exhibitions effected a retrospective examination of the relations between Paris, world capital of art until the 1950s, and other centres of 20th-century artistic production, all of them in the West, culturally speaking. The idea of situating the French scene within the international circulation of ideas remains valid in this 21st century, but it has to take into account the phenomenon of artistic globalization and the advent of “emerging art scenes,” the development of contemporary art outside the West, something that the Centre Pompidou was the first to herald, in 1989, with Jean-Hubert Martin’s legendary exhibition “Les Magiciens de la Terre.” And, of course, it has to be done not retrospectively but by looking forward, helping to promote a dialogue that remains to be invented. And for this, there could be nothing better than to call on artists themselves. It is in close collaboration with the artists, and in this spirit, that we developed the idea of “Paris-Delhi-Bombay…”, an experimental exhibition that includes many works especially commissioned.

Question : Does the project represent a new direction for the Centre Pompidou?

Alain Seban : The exhibition illustrates our desire to create a global museum, and the necessity of networking if this is to be done. At the same time, this global vision is an expression of our commitment to French art, because to think globally you have to act locally. The promotion of French art is to my mind indissociable from the global ambition of the project. As an exhibition, it is also a look at a society, and in this it is faithful to another fundamental principle of the Centre Pompidou, being a way of “relating art and society.” To conclude, it is the result of four years of work, of research, of which the exhibition is the culmination. Not only an end point, but also a starting point, because the exhibition marks the inauguration of a lasting relationship between the artists involved. And is there any reason why we should not imagine repeating the experience, in future, with other national art scenes?