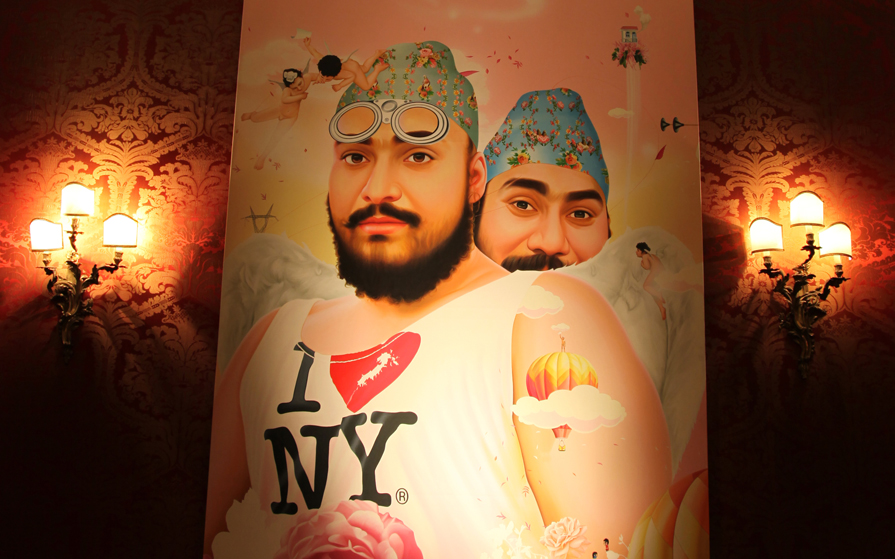 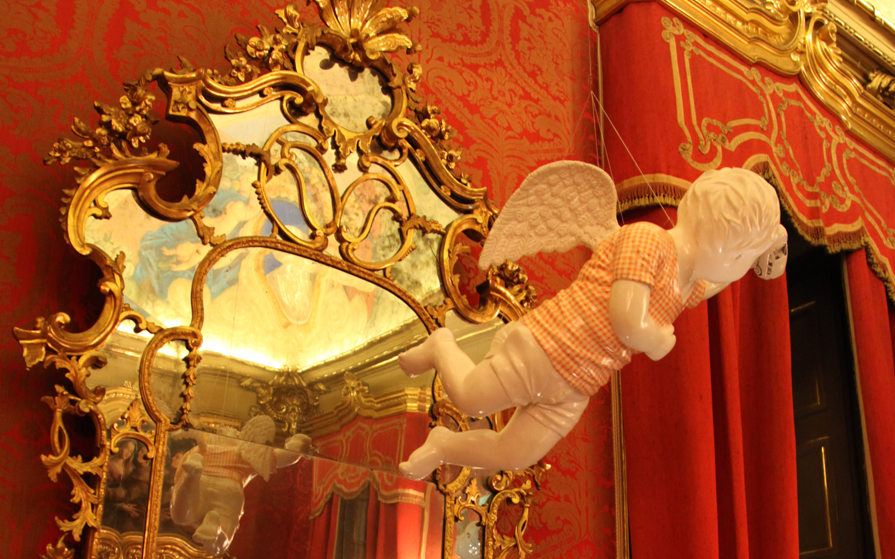 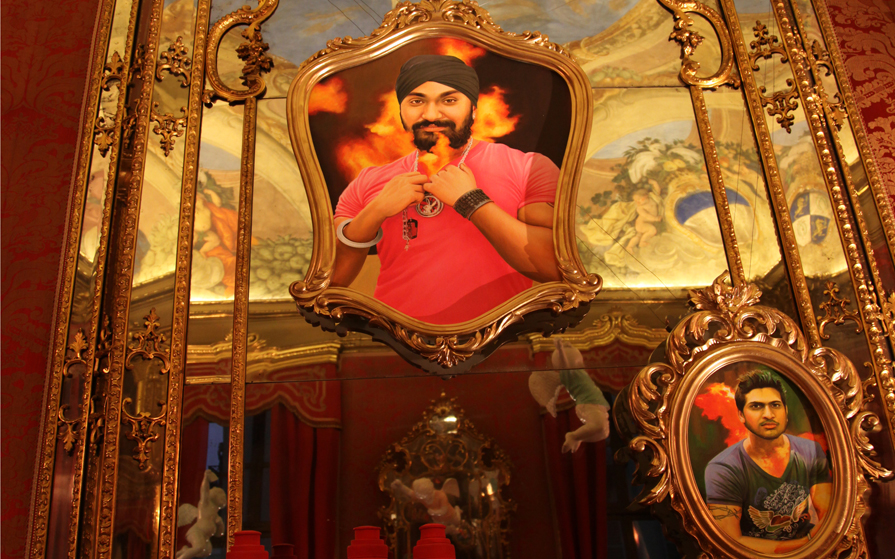 The gilded halls of the eighteenth century Palazzo Saluzzo Paesana, in central Turin, have recently been opened to Indian contemporary art scene. The Western romance with India is well captured in the quote of Federico Rampini, Asia correspondent of The Republic ‘If there is hope- it is in India’, He further went on to say that the West looks with amazement, disbelief and admiration at India’s attempt in establishing a new idea of modernity.

Beyond the IT revolution in the computer industry and glittering Bollywood, India’s is also characterized by the silence of its ashrams which since times immemorial have been in search of the secrets of spirituality. In the exhibition, artists have experimented with different expressive possibilities to trace the history of the contemporary Indian. Authors who inherited the legacy of Gandhi and Nehru refused utopia. In the case of Santosh, these premises are shaped in large canvases that blend monochromatic hyper-realistic elements and psychedelic hues through the traditional medium of painting. The use of acid colours, reminiscent of the typical polarization draws parallels, to the situation of human immersed in violence and terrorism. The contrast of images taken from newsletters and the internet finally reveals the two faces of one coin: positive / negative and, East / West.

The ambiguity between dream and substance, in this era of globalization, is addressed by Thukral and Tagra. The duo portrays the India of the twenty-first century interpreting the new customs that emerged following the opening up of India to the foreign markets. The artists have become spokespersons of aesthetic production steeped in history with elements of pop and street life. Similar to the Western Neo Baroque ( AES + F , or Nicola Verlato ) trend, Thukral and Tagra exhibit spectacular paintings, sculptures and gadgets with caustic irony, consumerism, and investigate the so-called “fetish brand,” which refers to an attitude that induces the buyer to invest meaning in the logo of a company.