Thukral & Tagra work on new formats of public engagement and attempt to expand the scope of what art can do, further emphasizing what the practice can do in a virtual context through their archives and publications. They break out of the mediated-disciplinary world, create multi-modal sensory, and storytelling in immersive environments.

Their earlier work dealt with tropes of migration, mythological narratives, symbols of Indian identity, and motifs of a globally manifested consumer culture that enliven a largely pedantic and static area of cultural material. From a pop visual character to a predominantly abstract visual approach and compositional philosophy, Thukral & Tagra constantly shift in terms of their grammar and vocabulary. They have offered sociopolitical commentary that is implicit in their aesthetic for the past eighteen years.

Recently, they seek to identify the practice as pedagogy through their collaborative Pollinator.io – Interdisciplinary lab, which cultivates an inclusive learning ecosystem that indexes to achieve knowledge sharing through cross-pollination.

The contents of this website shall not be reproduced partially or fully, without due permission
from Thukral and Tagra Studio. If referred to as a part of another publication, the source
must be appropriately acknowledged. The contents of this website can not be used in any
misleading or objectionable context_ Copyrights 2005-2021 Thukral and Tagra.
All rights reserved. 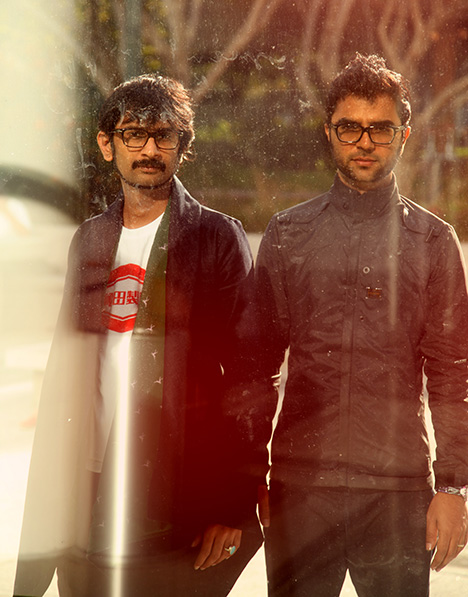