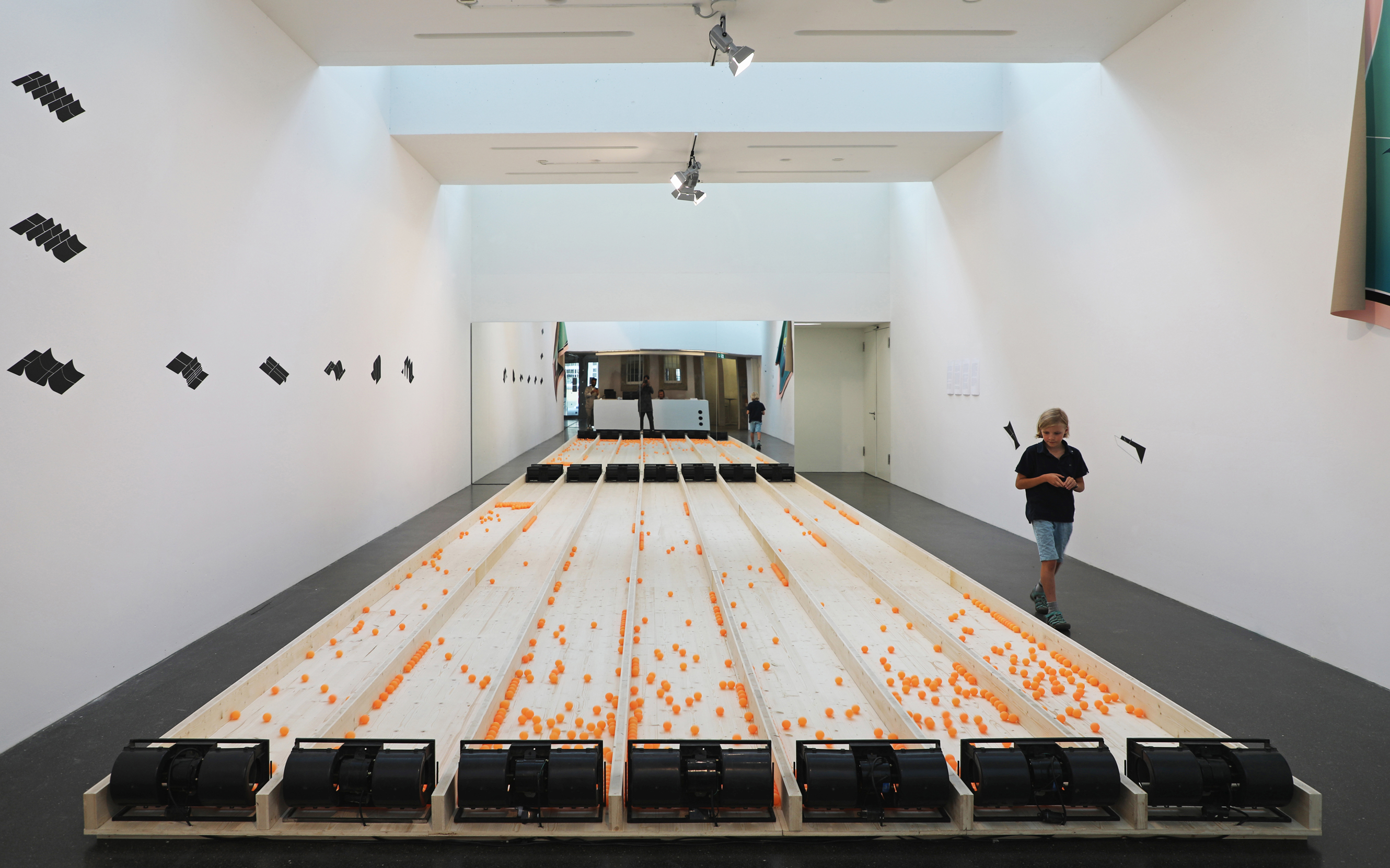 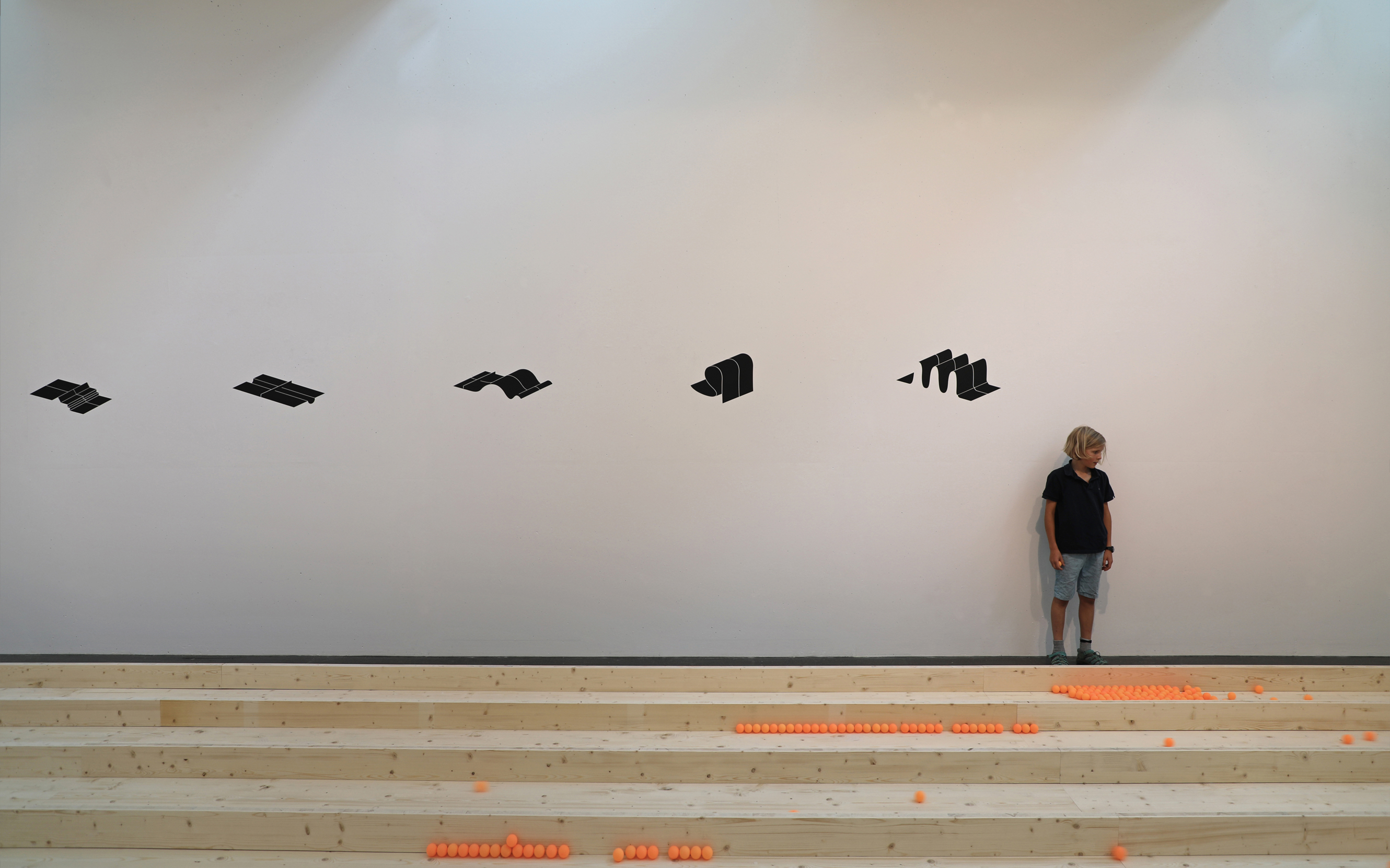 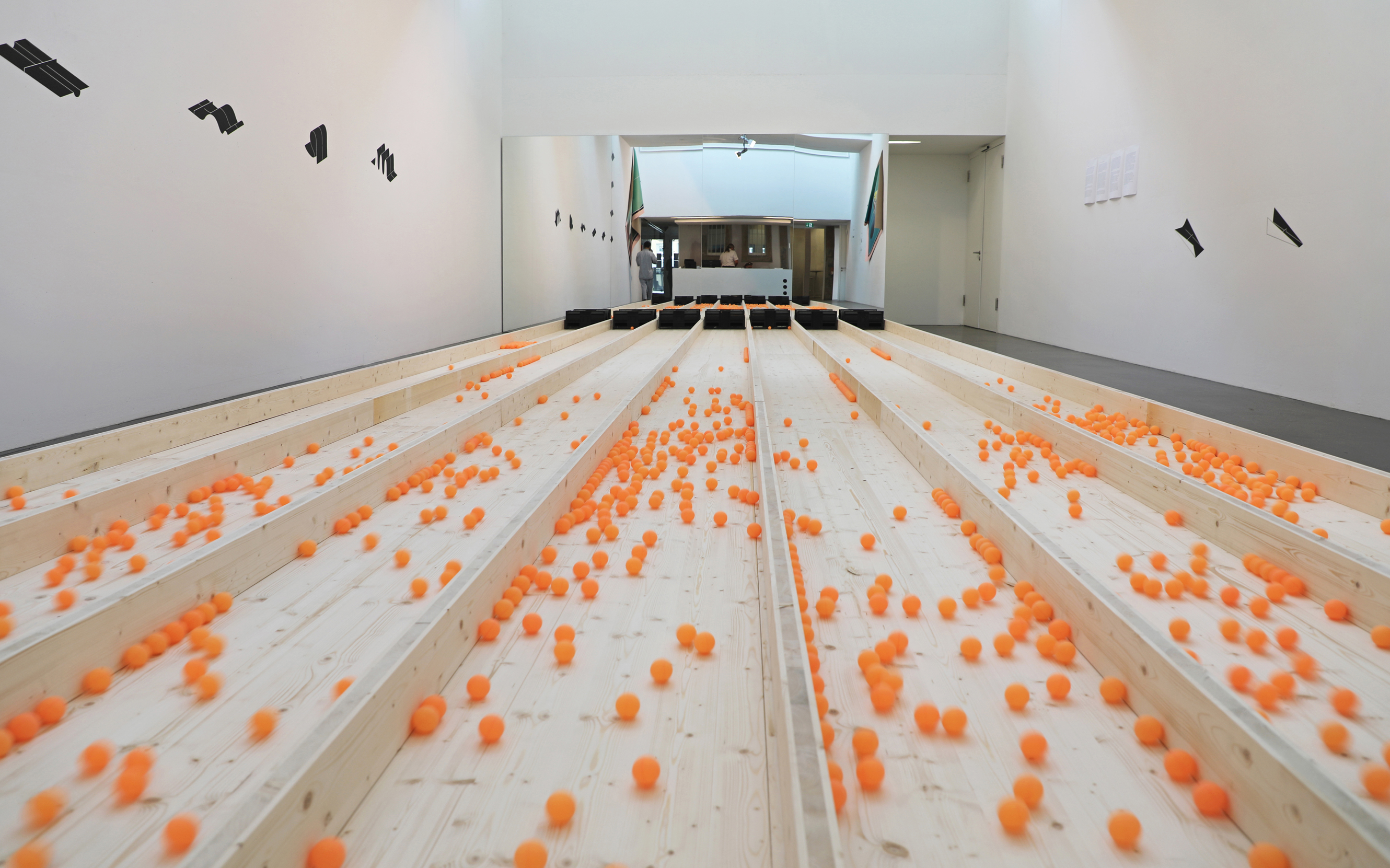 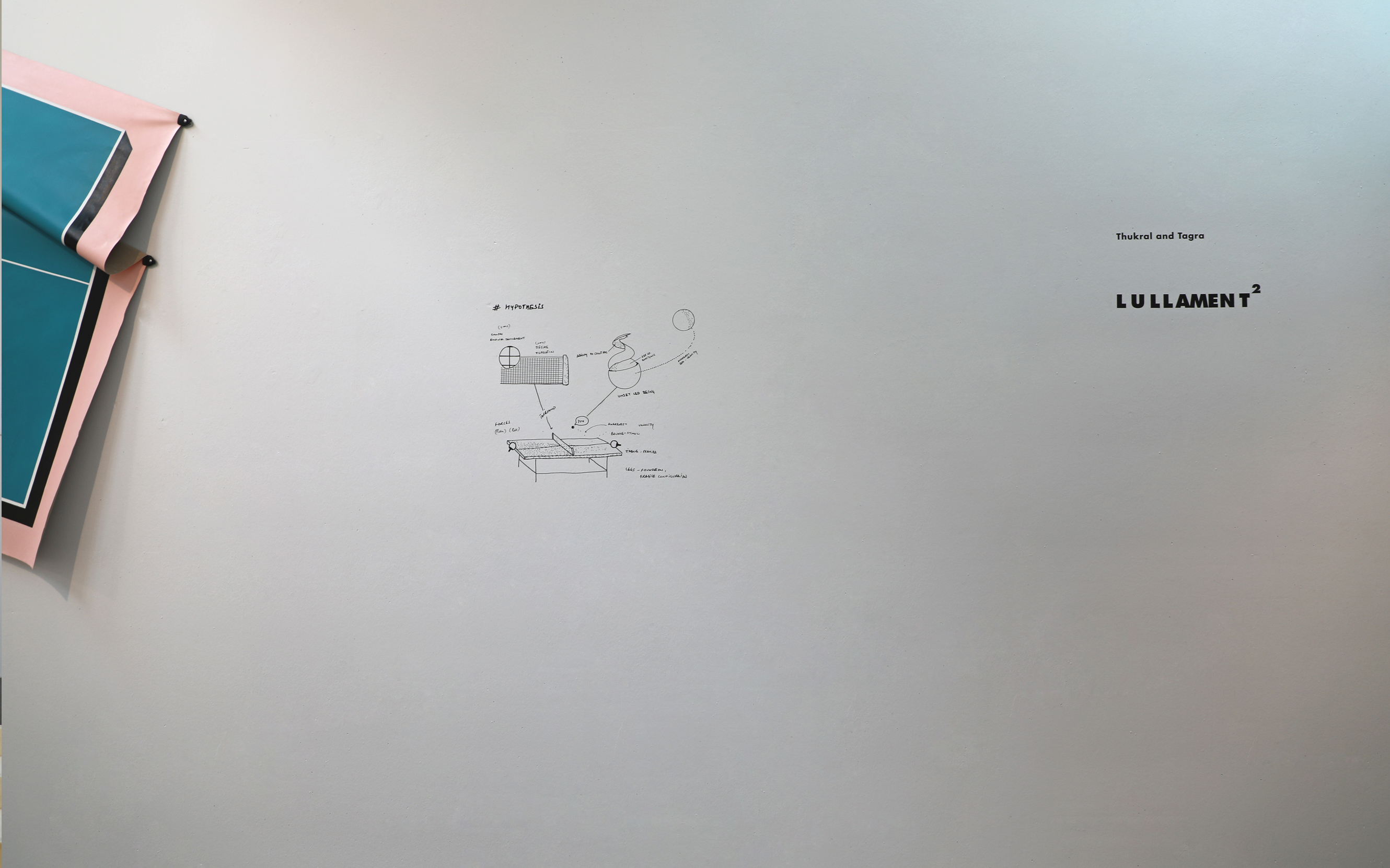 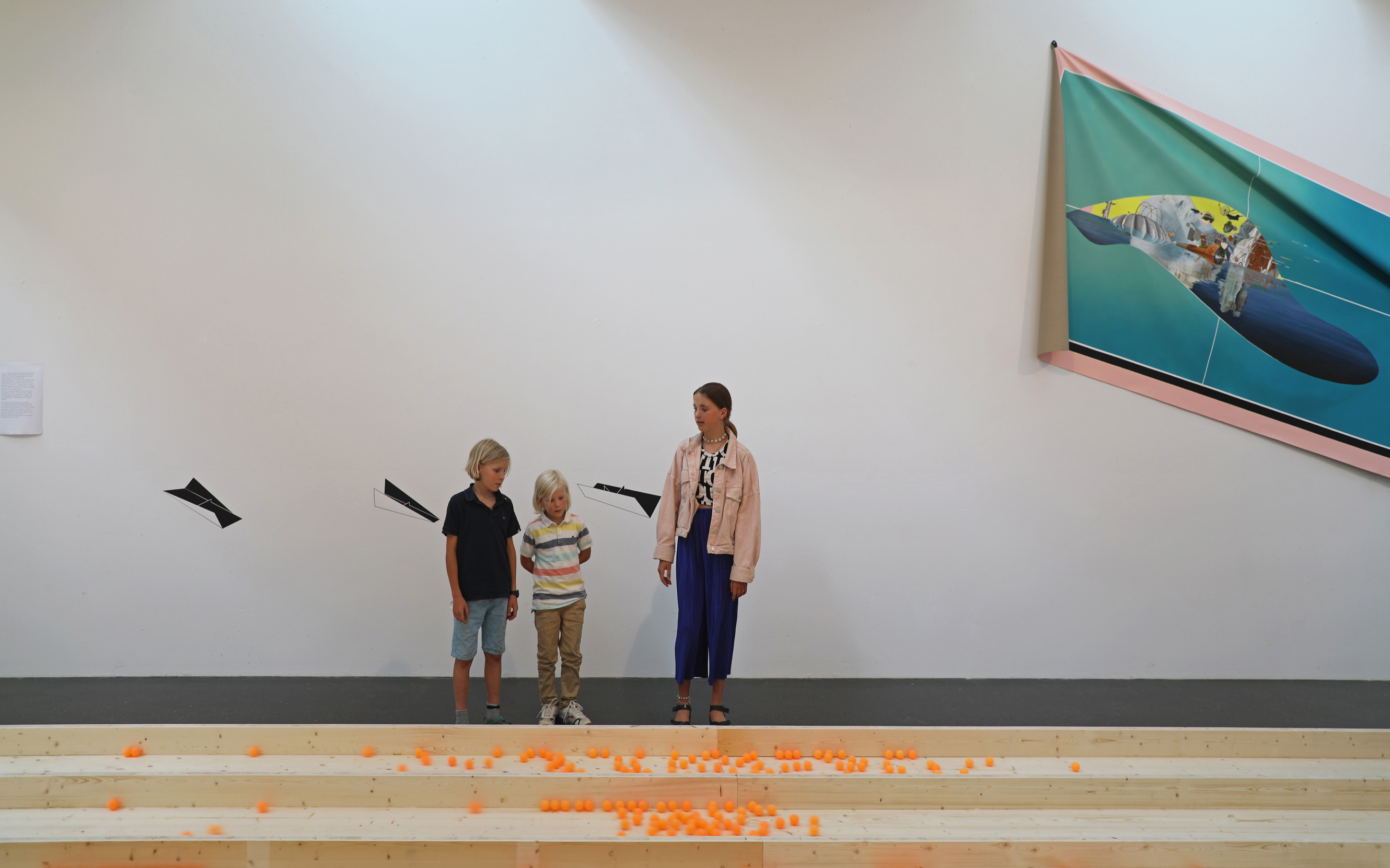 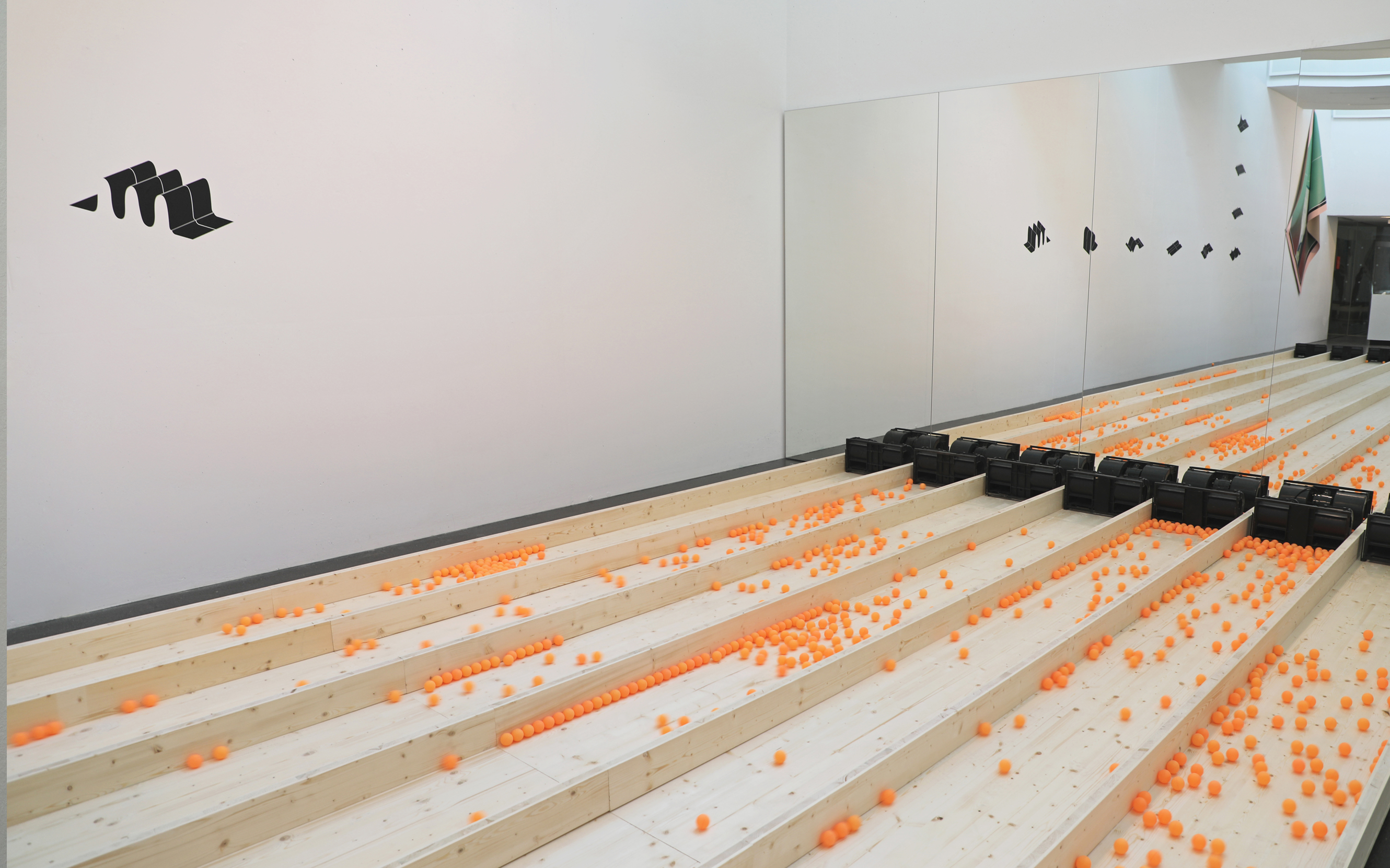 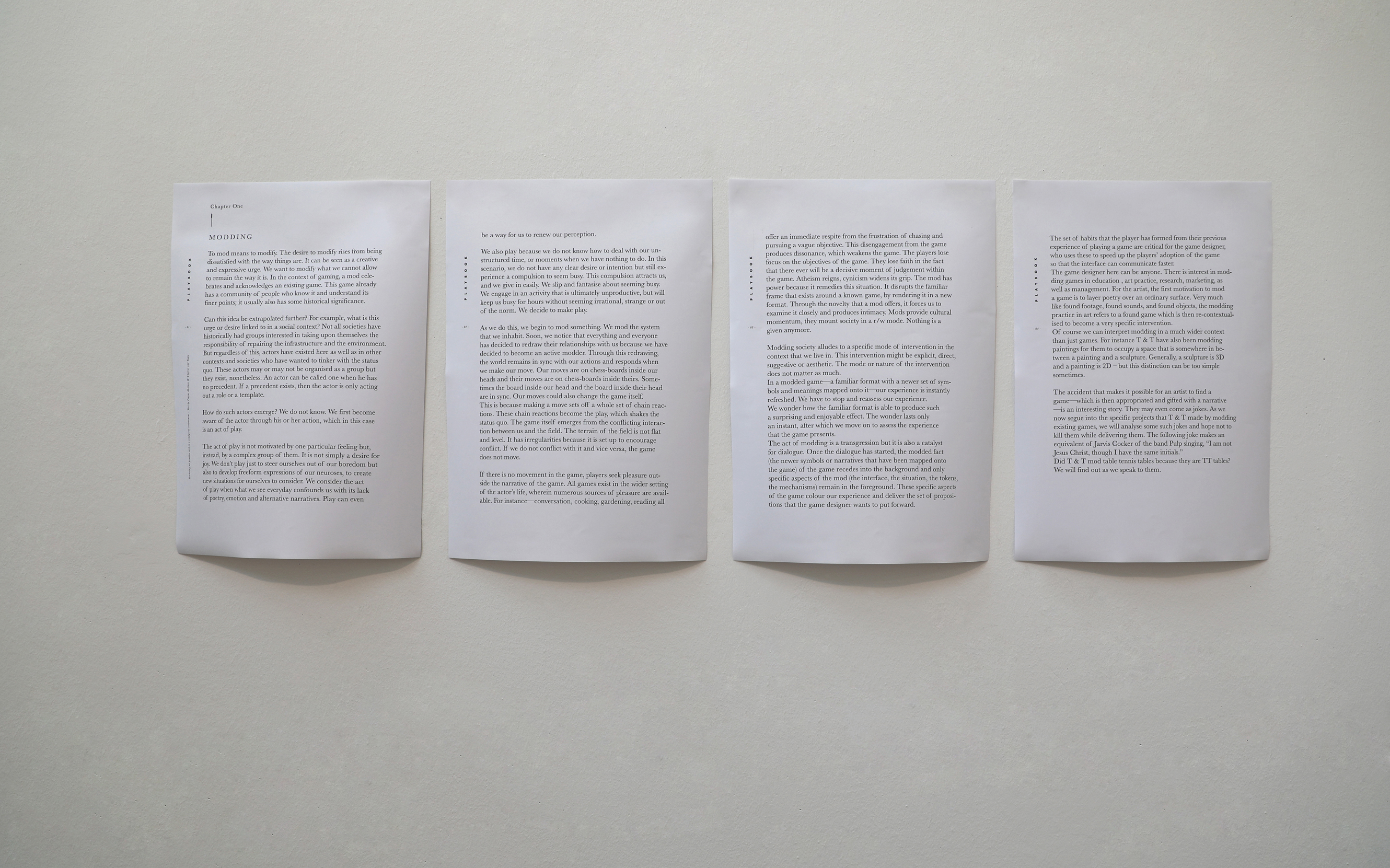 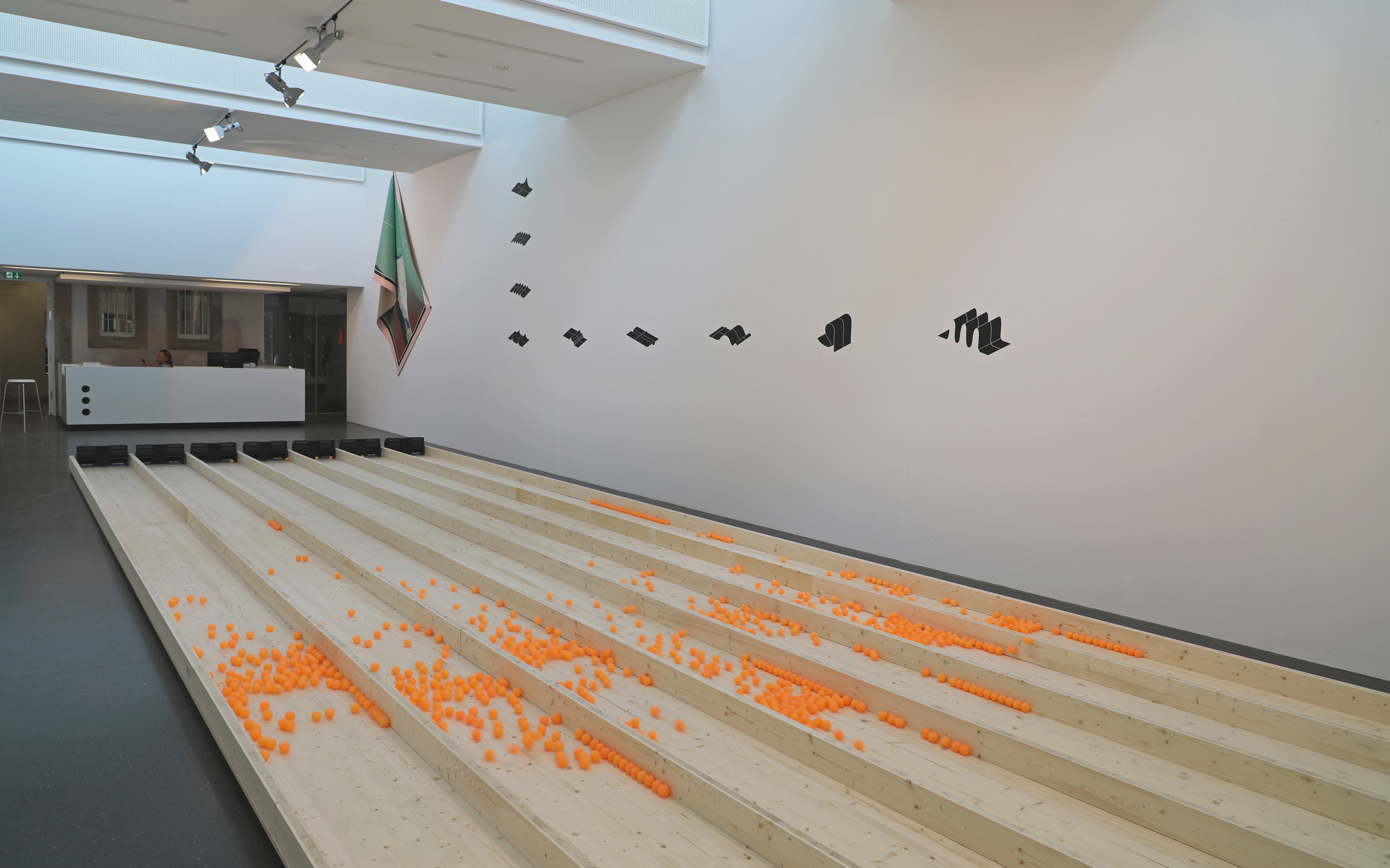 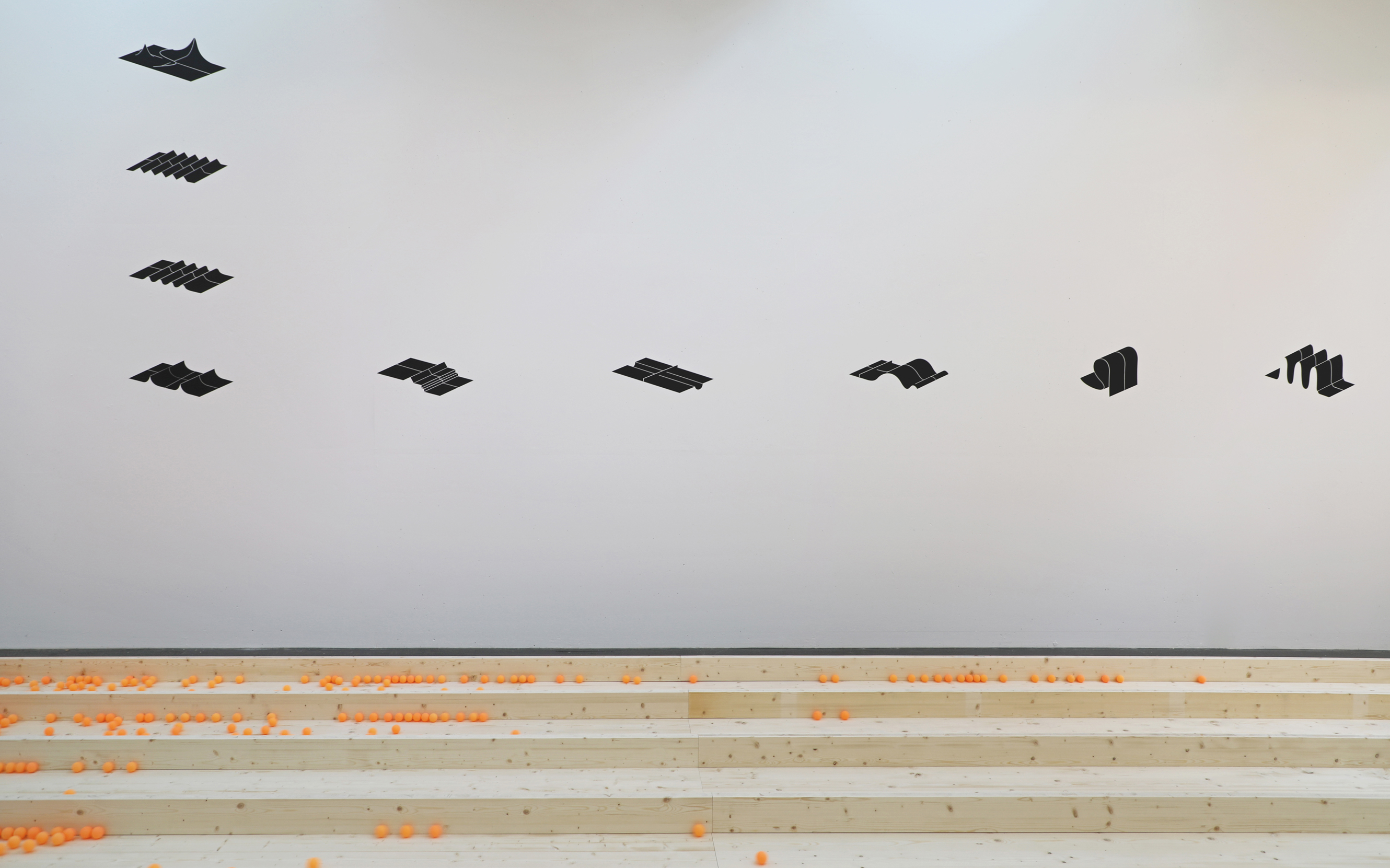 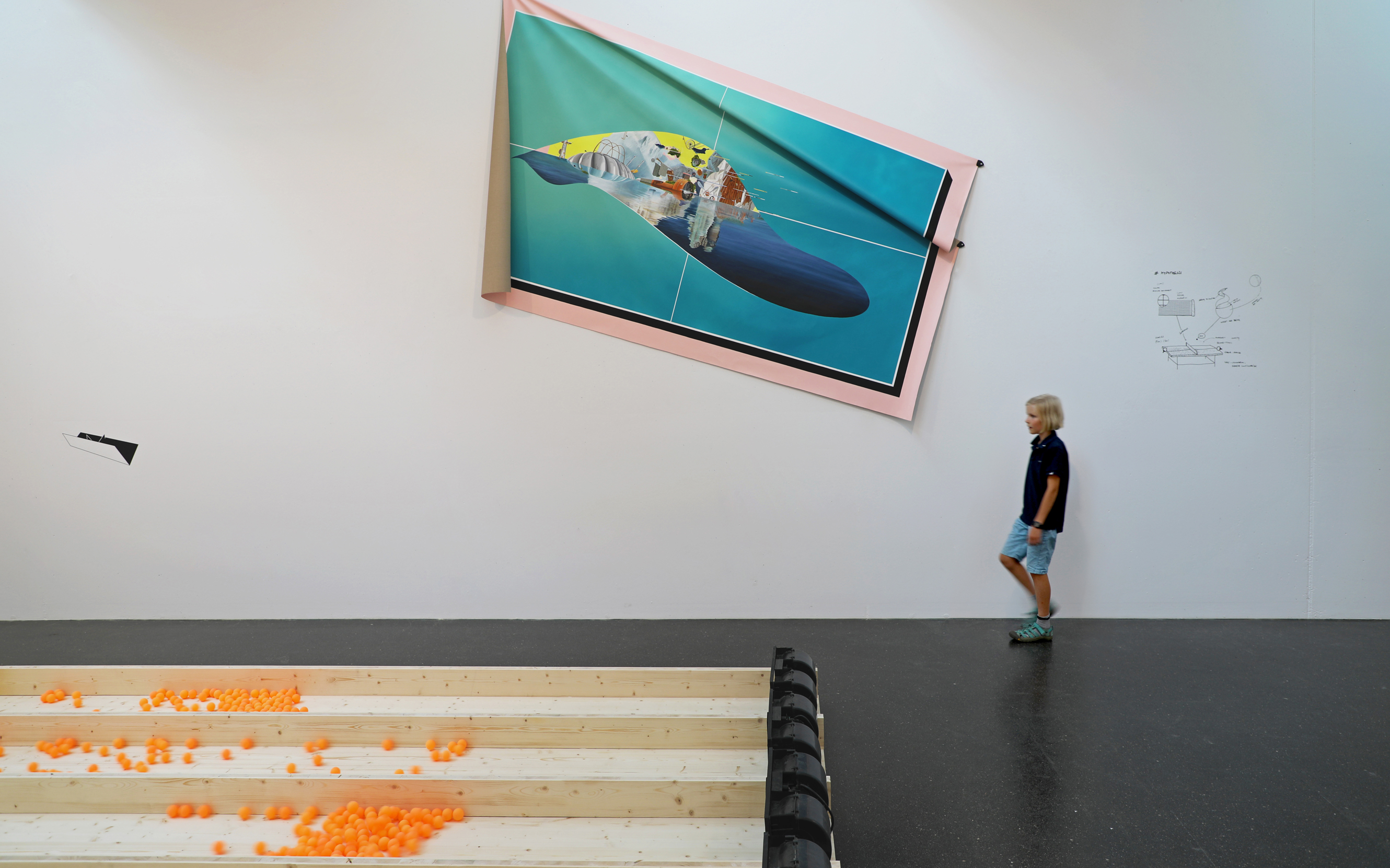 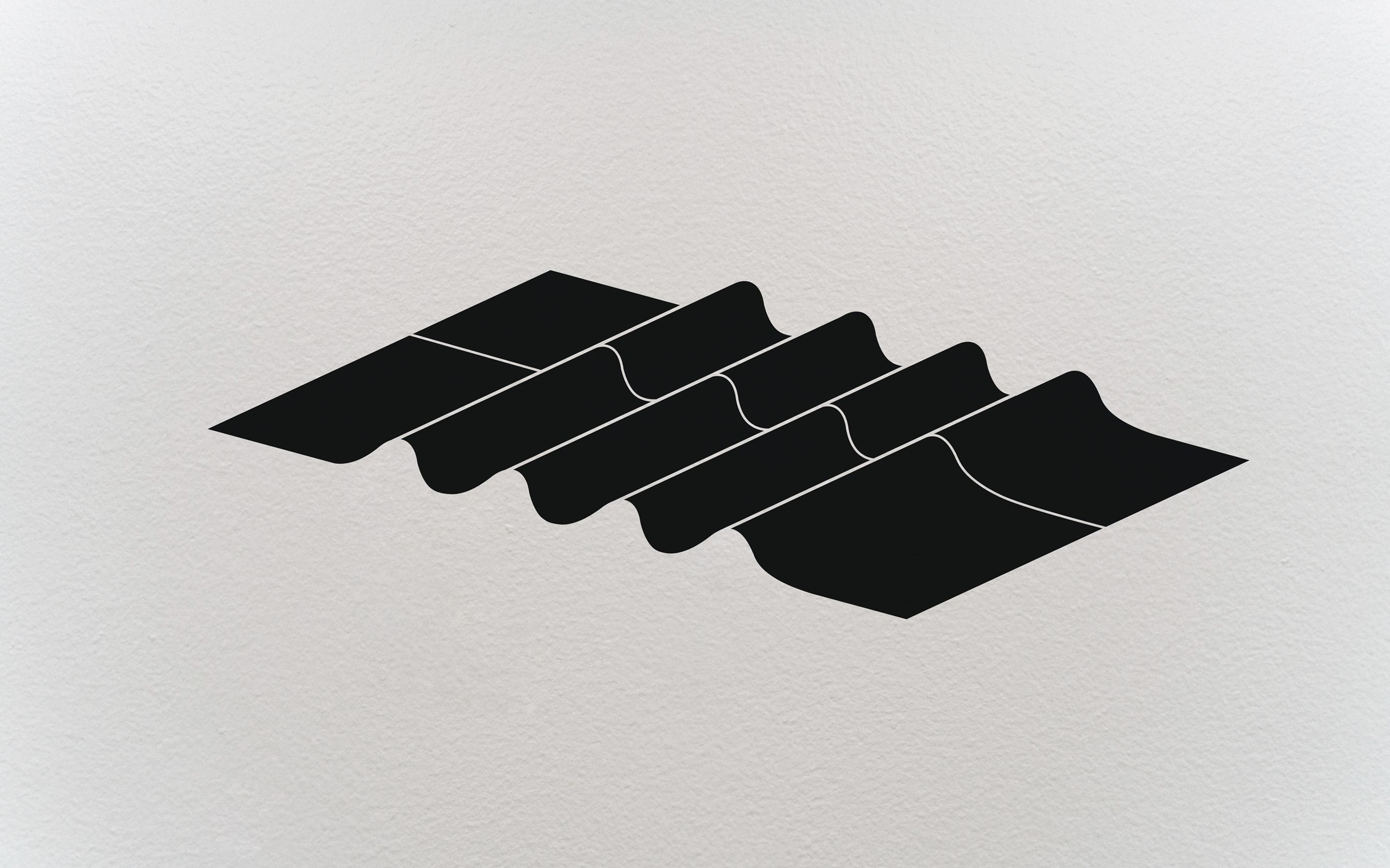 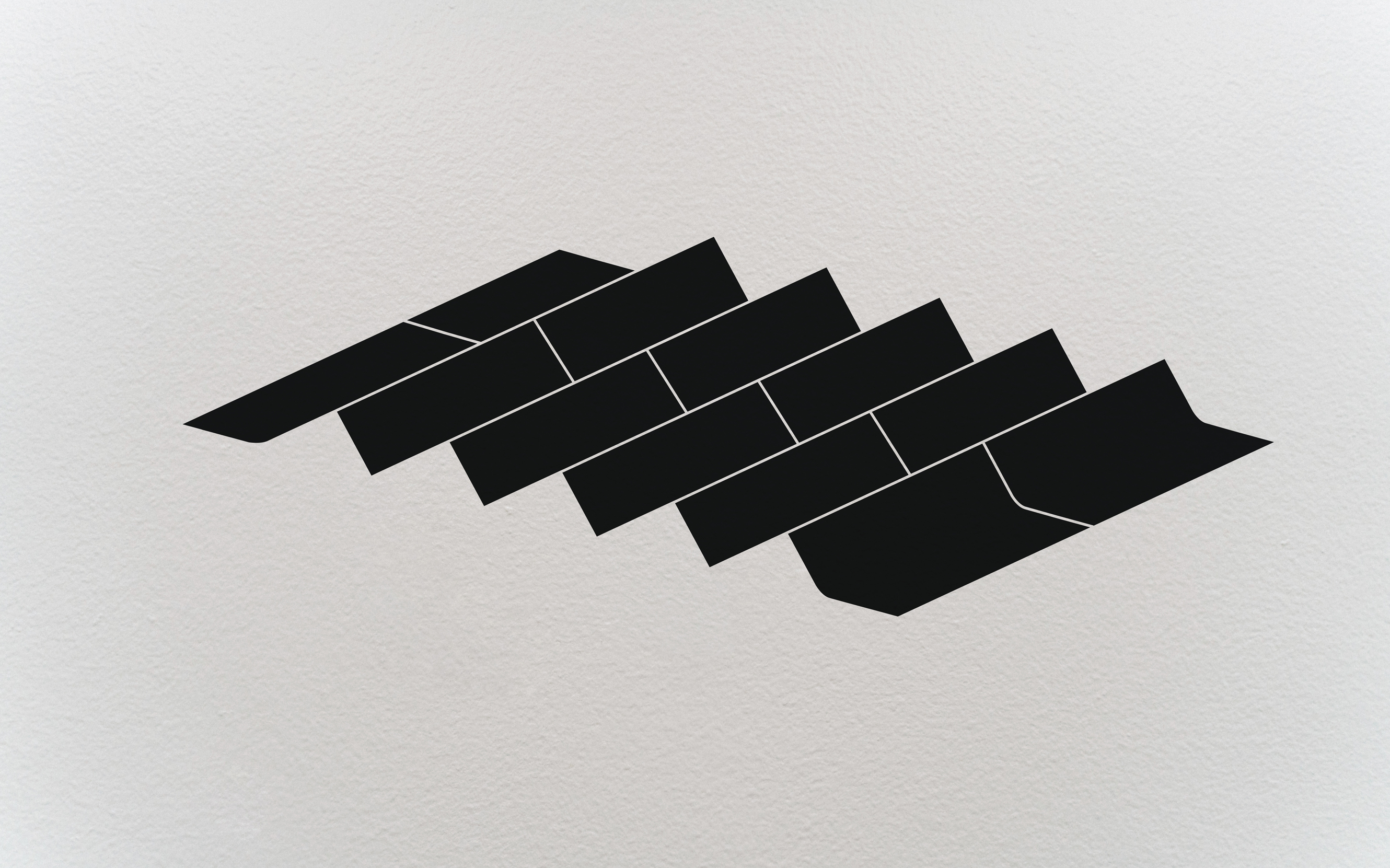 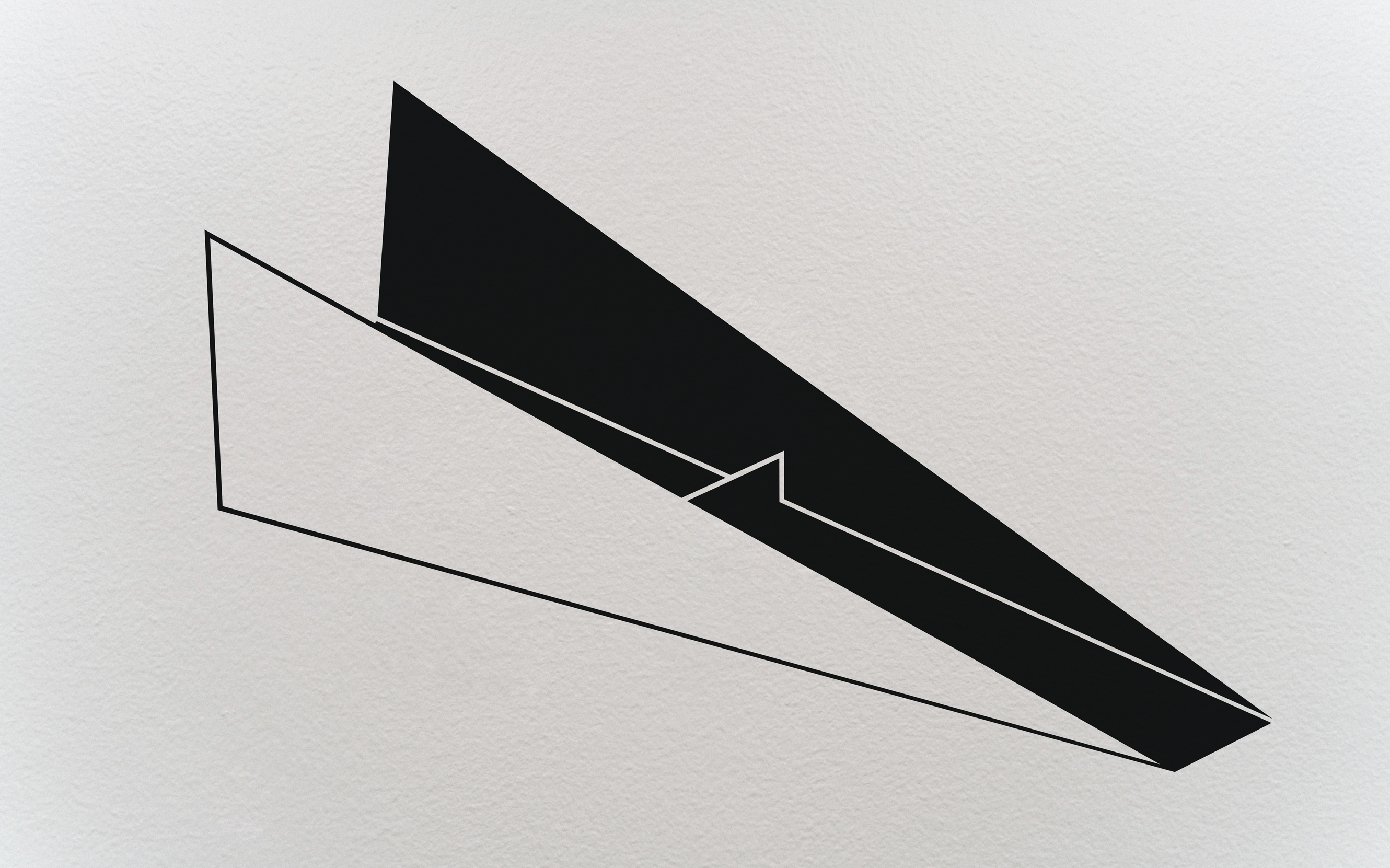 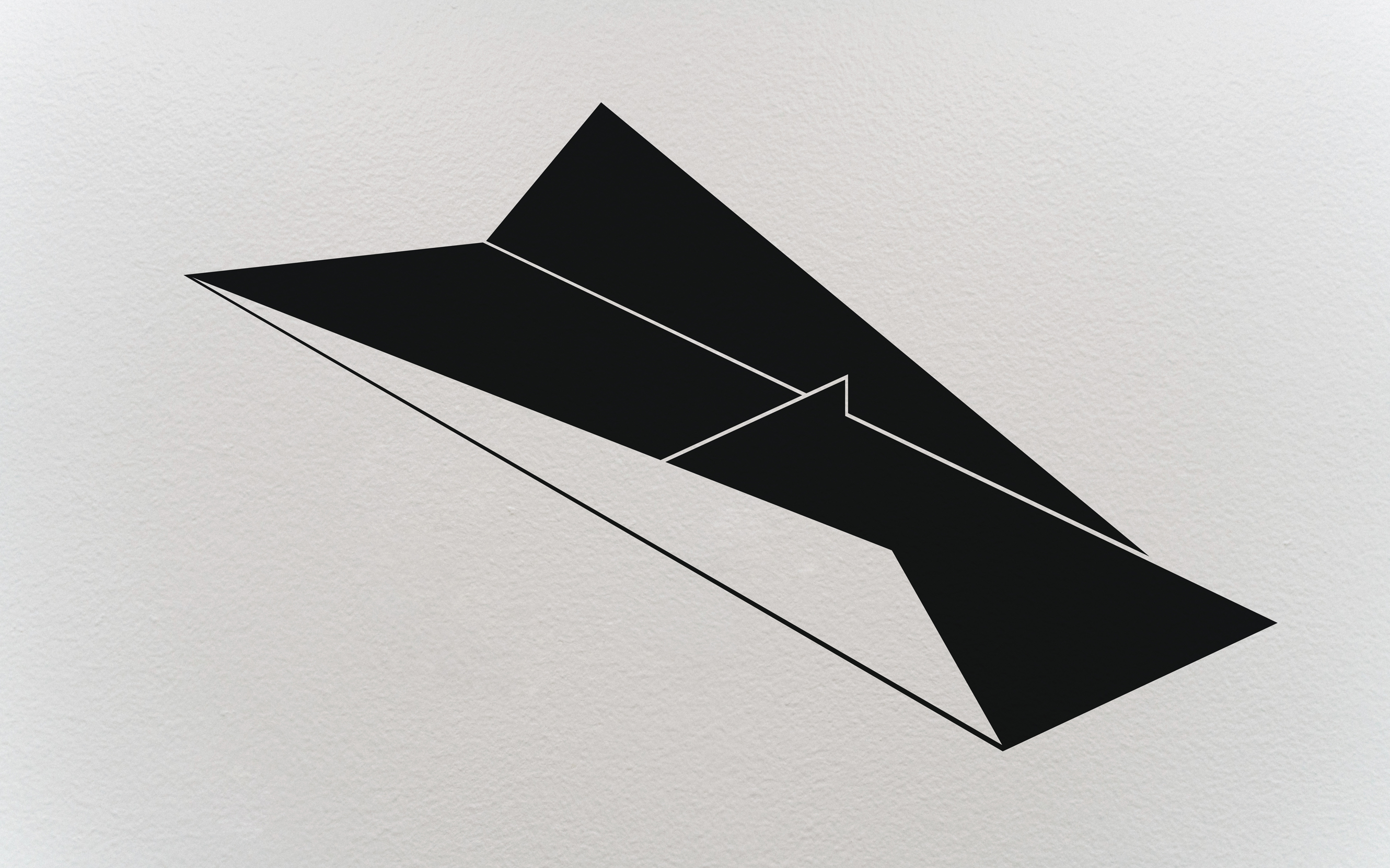 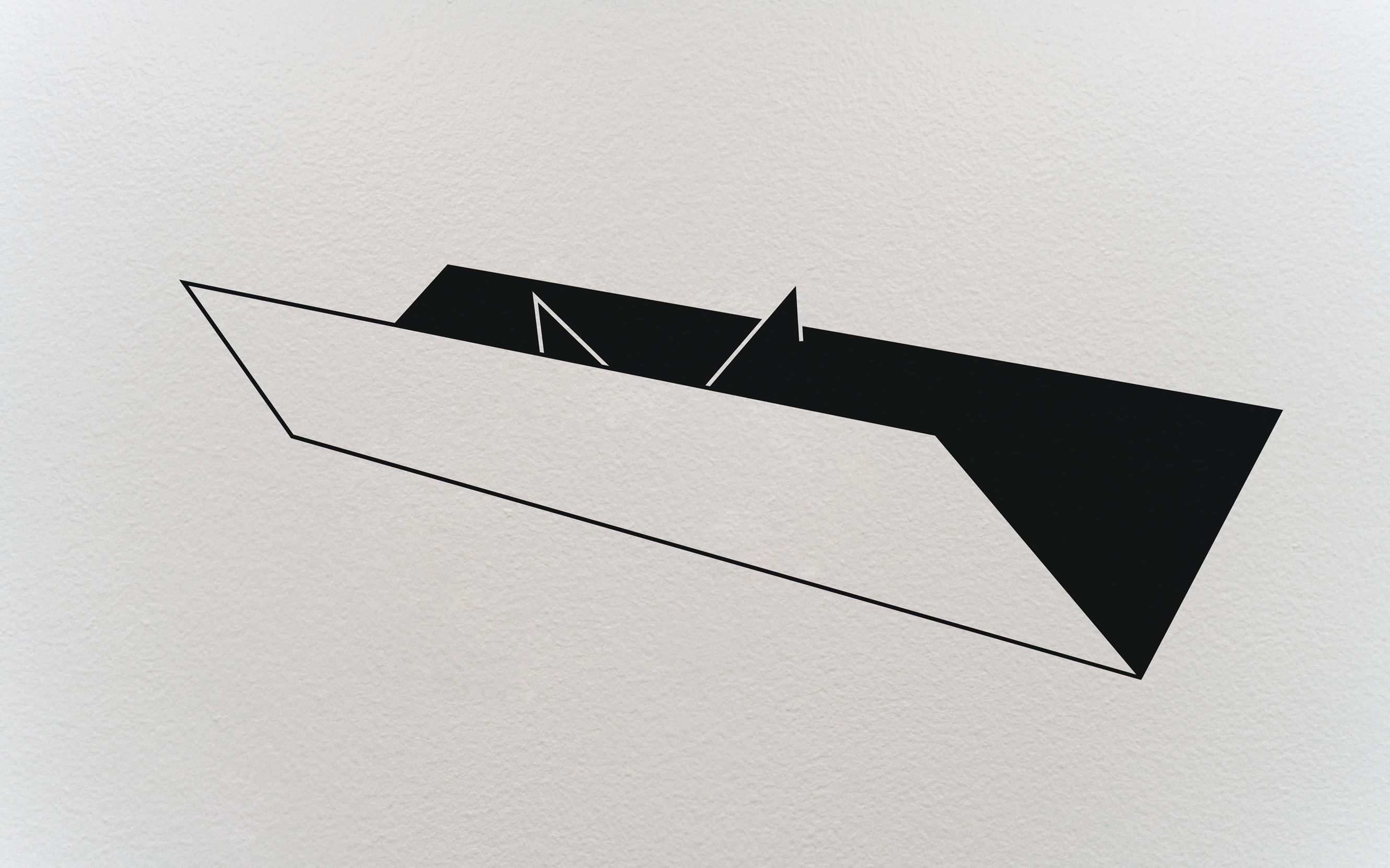 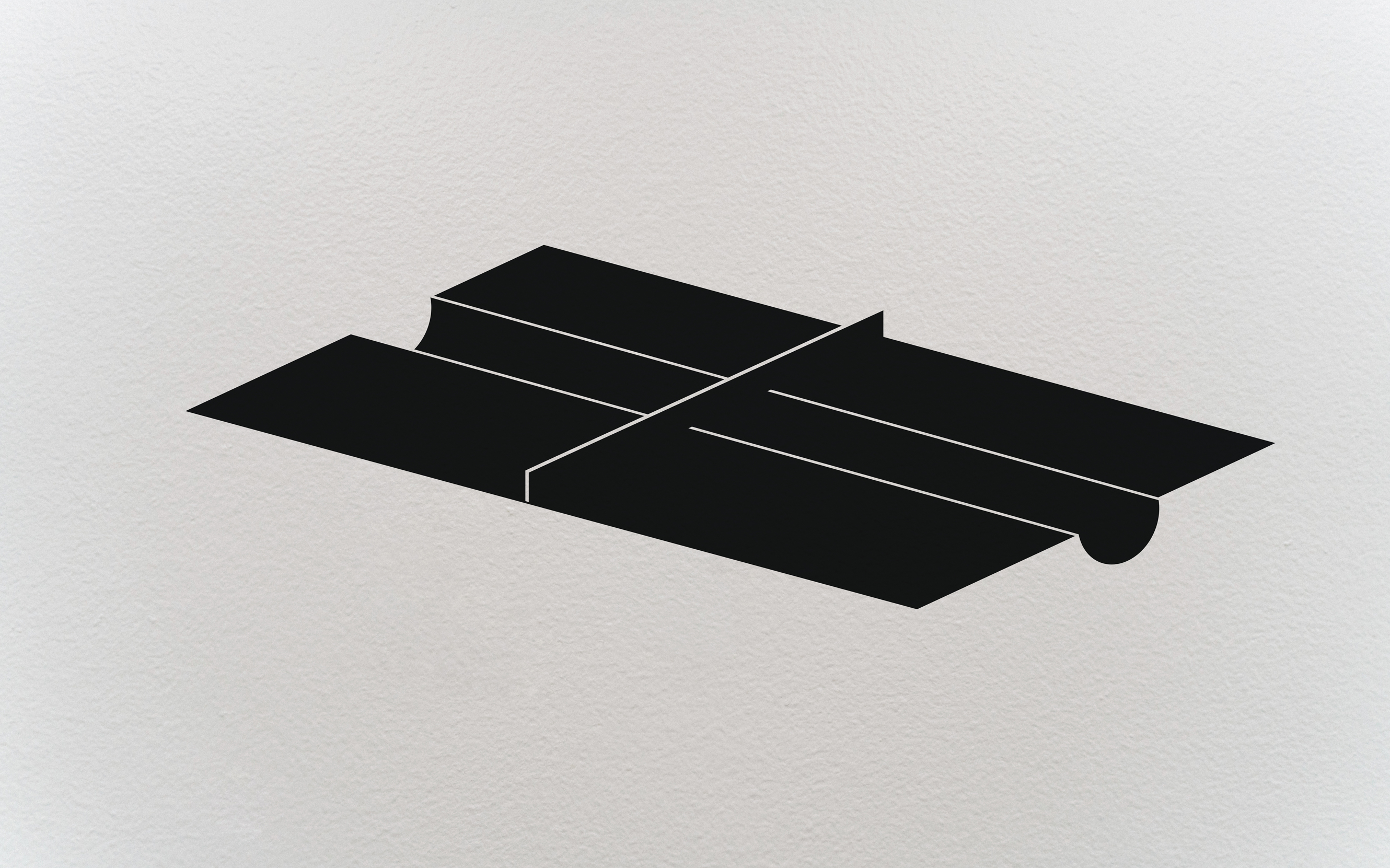 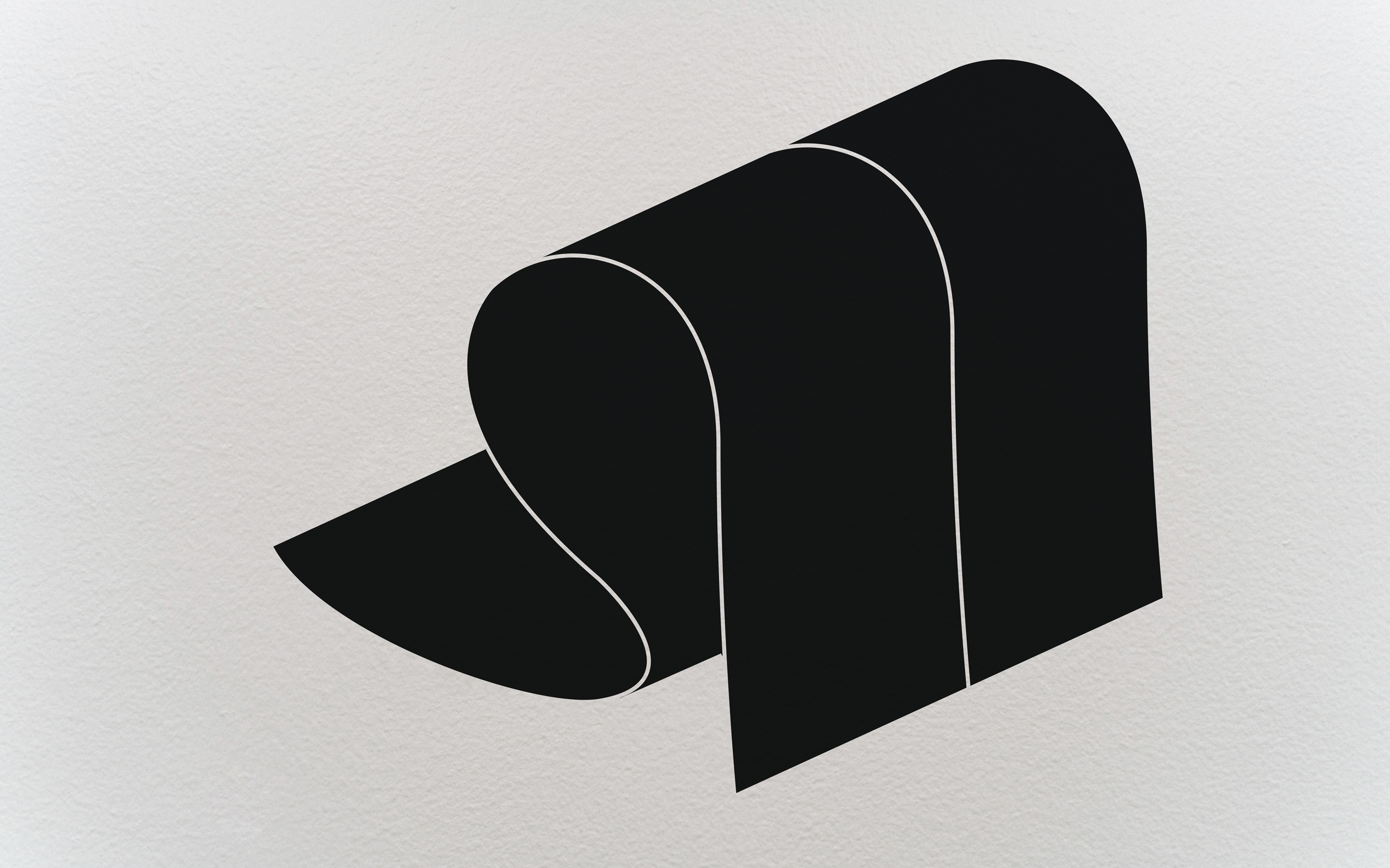 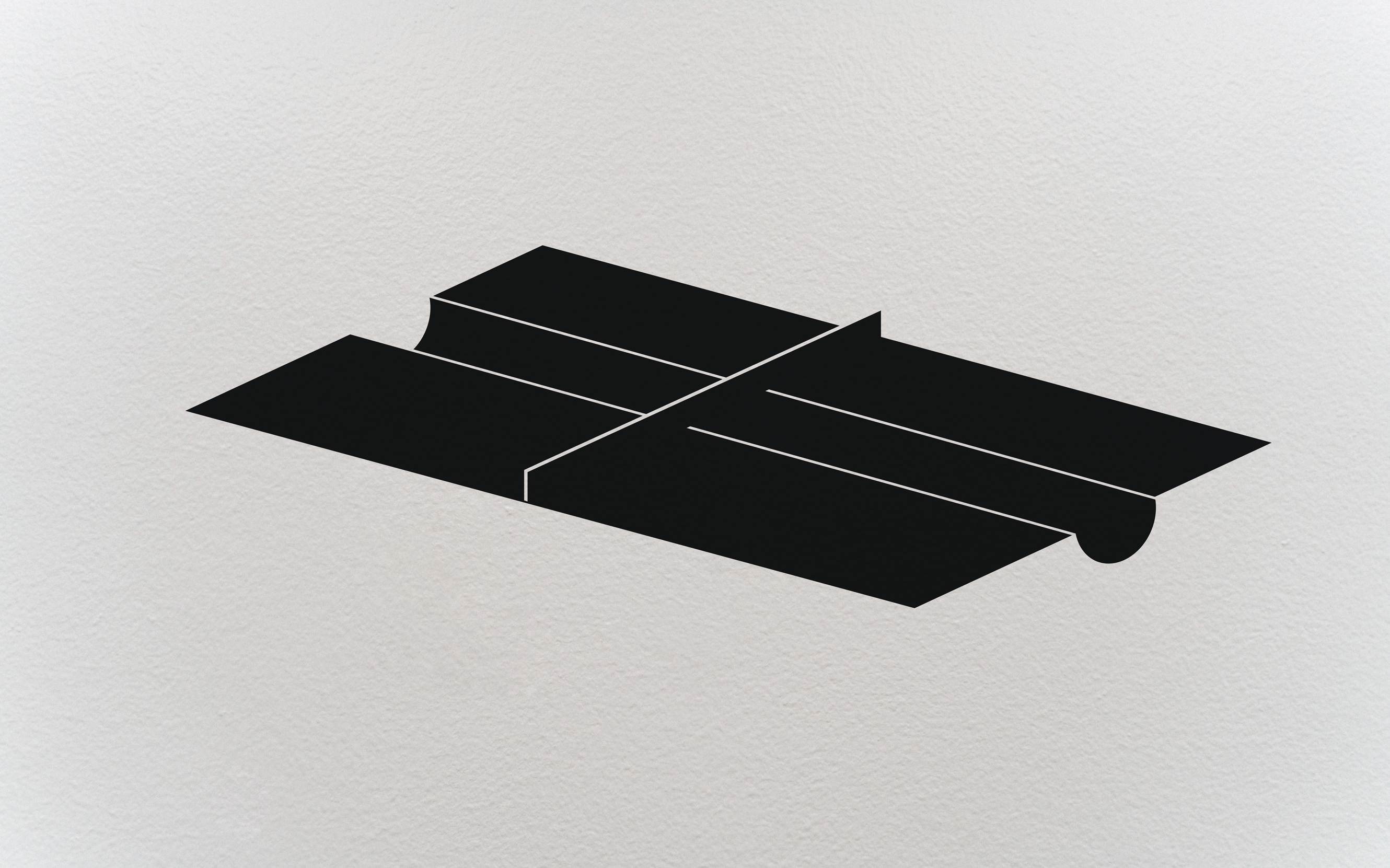 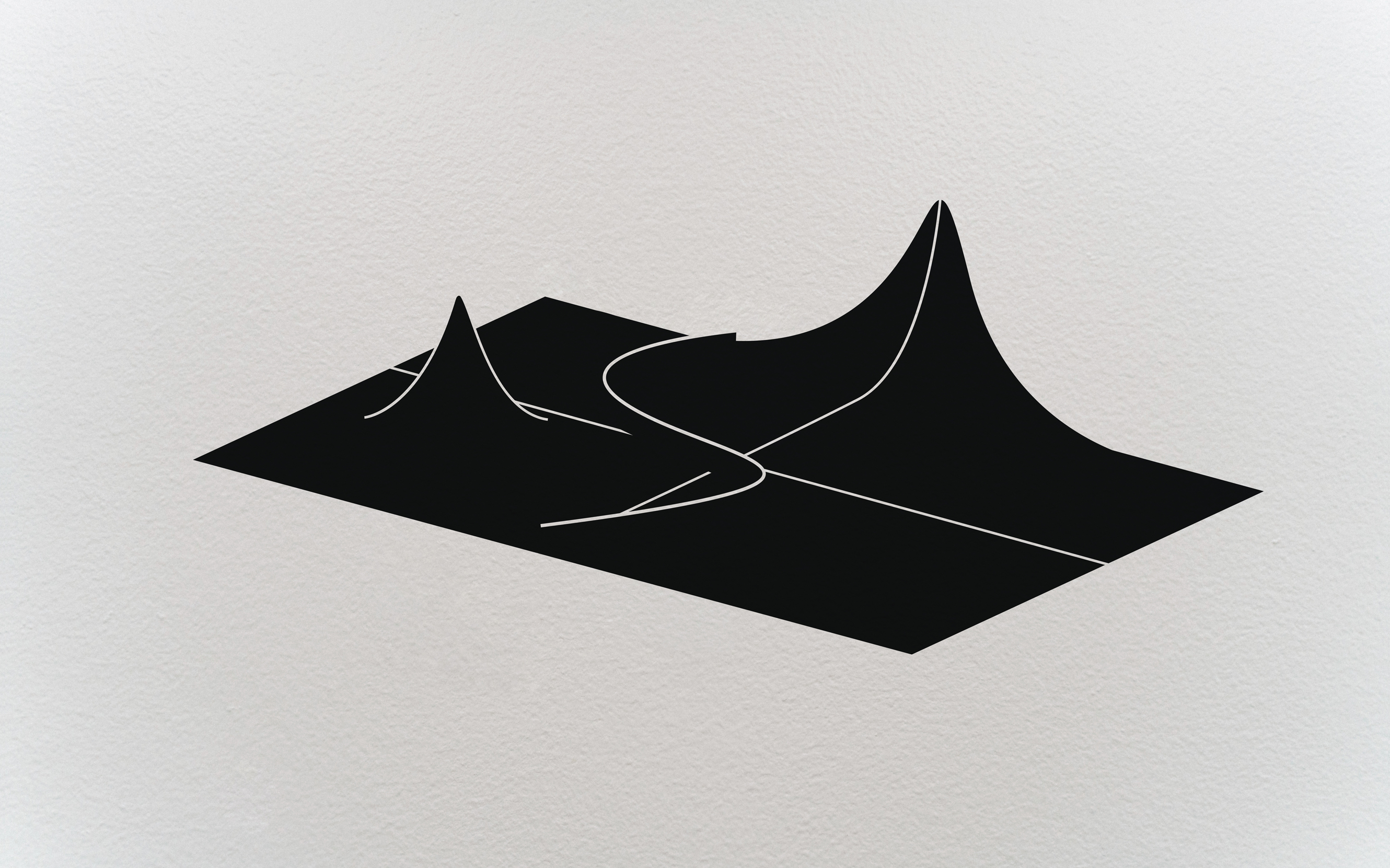 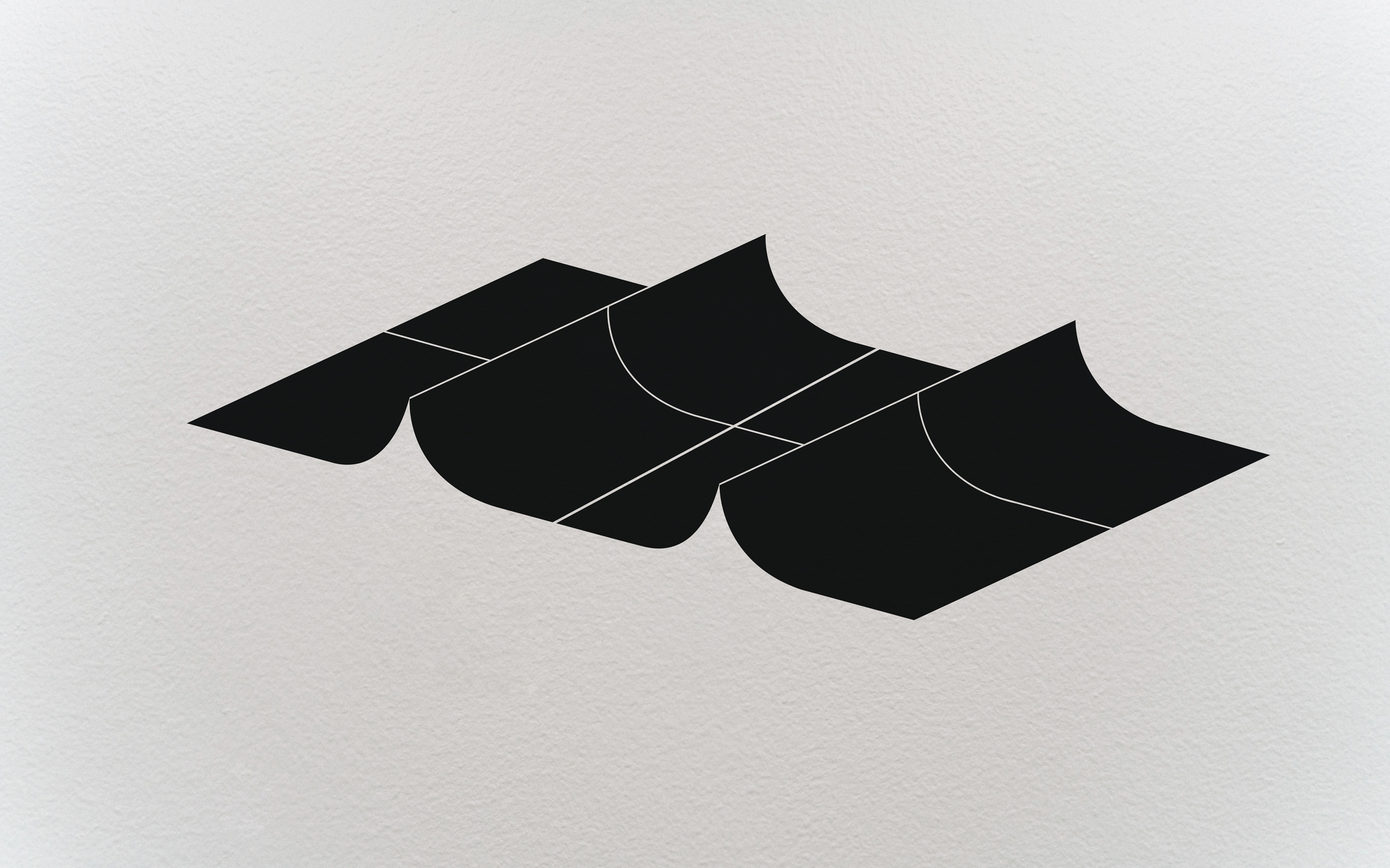 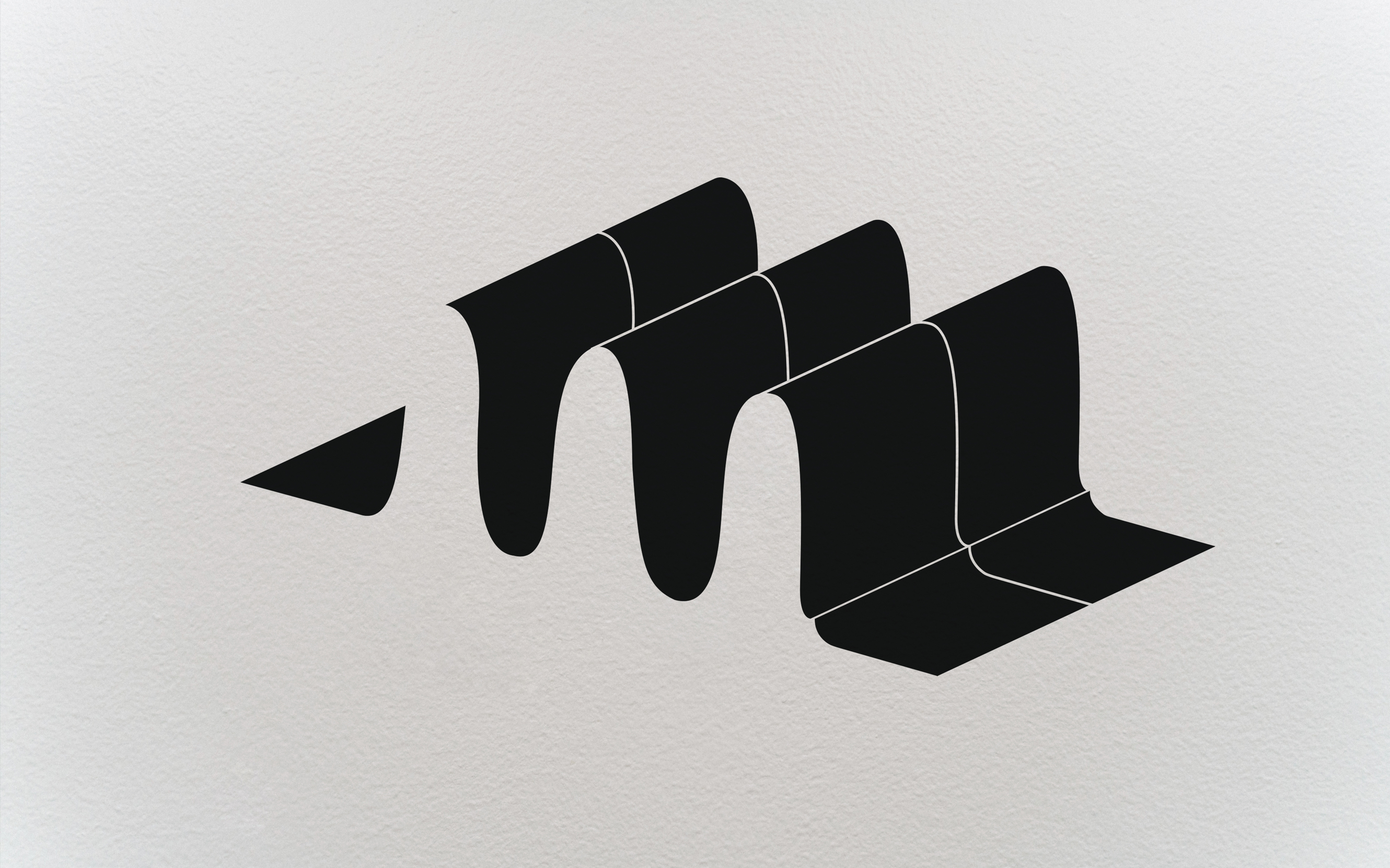 “To mod means to modify. The desire to modify rises from being dissatisfied with the way things are. It can be seen as a creative and expressive urge. We want to modify what we cannot allow remaining the way it is. In the context of gaming, a mod celebrates and acknowledges an existing game. This game already has a community of people who know it and understand its finer points; it usually also has some historical significance.”

Lullament² by Thukral and Tagra builds an immersive space by further extending their vocabulary into gaming through the act modding. Mods provide cultural momentum; they mount society in an r/w mode1. Modding society alludes to a specific mode of intervention in the context that we live in. This intervention might be explicit, direct, suggestive or aesthetic. The mode or nature of the intervention does not matter as much.

In a modded game—a familiar format with a newer set of symbols and meanings mapped onto it—the experience is instantly refreshed. We have to stop and reassess our experience. We wonder how the familiar format is able to produce such a surprising and enjoyable effect. The wonder lasts only an instant, after which we move on to assess the experience that the game presents.

The act of modding is a transgression but it is also a catalyst for dialogue. Once the dialogue has started, the modded fact (the newer symbols or narratives that have been mapped onto the game) of the game recedes into the background and only specific aspects of the mod (the interface, the situation, the tokens, the mechanisms) remain in the foreground. These specific aspects of the game colour our experience and deliver the set of propositions that the game designer wants to put forward. The set of habits that the player has formed from their previous experience of playing a game are critical for the game designer, who uses these to speed up the players’ adoption of the game so that the interface can communicate faster.

The game designer here can be anyone. There is interest in modding games in education, art practice, research, marketing, as well as management. For Thukral and Tagra, the first motivation to mod a game is to layer poetry over an ordinary surface. Very much like found footage, found sounds, and found objects, the modding practice in art refers to a found game which is then re-contextualized to become a very specific intervention.

Of course, we can interpret modding in a much wider context than just games.

3. Lullaments
The kinetic work is based on a to and fro motion – a push and pull, which develops into a rhythm while the hum of the fans drones above. Therapeutic motion provides anxiety and pleasure; the humming sound can be imagined as a lament or a lullaby, which has a ‘restorative resounding’ property for the contained self. Lullabies typically soothe people through the awake/sleep transition and similarly can soothe people through the life/death transition. ‘Lullaments’ sustain the spirit, support psychological structure, and enable resilience during times of vulnerability to the effects of adversity. This continuous wave in time suspends this exercise in a limbo.
Medium: Ping pong balls, 14 power fans, wooden tracks

4. Hypothesis.
The hypothesis/ the proposal

The ball is an unsettled being, an individual, a speck in the universe.
The net is a threshold of consciousness. It stands between the two forces and demarcates the areas of the test.
The table is the premise of a fragile configuration.
The game is the lifespan.
The players on either side are the negative and positive forces.